Cliffsend mum-of-one Kelly Wells struggles to do many things that most other 30-year-olds can.

A walk along the road leaves Kelly so breathless she feels as though she has ‘run a marathon’ and partying with friends is not a possibility.

When Kelly was 25 she suffered a series of pneumonia bouts, swine flu and then a serious chest infection that wasn’t treated correctly.

This left her with COPD (chronic obstructive pulmonary disease) which is a series of lung conditions. with emphysema and asthma.

But Kelly, who is at stage 2 of 4 for COPD, says she is determined to make a difference while she can and will be undergoing a headshave to raise money for the British Lung Foundation.

The mum to nine-year-old Jai said: “I was diagnosed five years ago. It affects my breathing. The majority of the time I am lucky if I can walk to the bottom of the road and back without feeling like I have run a marathon.

“Everything consumes energy. I was one of the youngest people in the area to be diagnosed with COPD and it was scary. It was shocking to take it in and realise how your life is not going to be the same, or even be as long as you thought it would be. I can’t party with friends, I can’t be spontaneous, I can’t do many of the things young women do.” 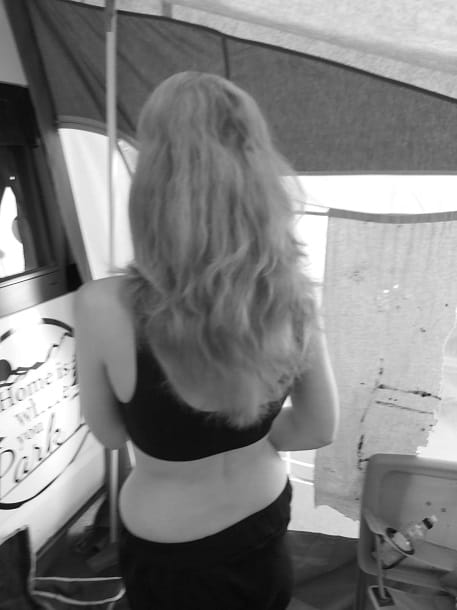 The reason for the fundraising headshave is two fold – the British Lung Foundation cared for Kelly’s father-in-law Dennis who recently dies aged 72 and will also be there for Kelly as her disease progresses.

She said: “This foundation is the only UK lung foundation so it really does rely on donations and fundraising. My father in law had stage four copd and recently passed away so this is also in honour to him.

“Dennis was an incredible man, dad to Taz and grandad and this is my way to remember him and make him proud.

“I want to raise as much as I can as one day I won’t be able to and I also want to do it thank them for keeping my father in law comfortable at the end.

“I want to do something while I can for those that, when I get to stage 4, will either be keeping me comfortable or saving my life with a lung transplant

“Even if a transplant match is found there are no guarantees. My body might reject it and I could end up on a life-support machine.

“It is a horrible condition, there is no ‘get well soon,’ it’s a killer.”

Kelly’s Breath of Fresh hAir fundraiser will take place on Saturday, October 31. She has a target of £1,000.

There will also be a raffle, find the event page here

For more information about the British Lung Foundation click here