A row has broken out between the church and its neighbours over a 100-year-old wall in Margate that the Diocese of Canterbury plans to demolish.

The wall runs between a church property in St Peter’s Road and that of its neighbours Donna Garfield and Alan Chapman.

The couple, who moved into their home in 2014, say the wall has never been maintained and is in a dangerous condition.

The pair say they want to see it repaired but the Diocese says this is too expensive and the decision has been made to retain the front of the wall but knock down the rest and replace it with a wooden fence.

The couple say the cost of repairing the 240ft wall has been estimated to be around £40,000 in a contractor quote.

Business owner Donna says the church should stump up the cash.

She said: “There would have been no need to remove this wall had the Diocese of Canterbury maintained it over its life-time which they never have.

“Because of its lack of maintenance, this wall has been unsafe for at least 6 years to our knowledge since moving here in 2014. I have been advised by a contractor that if part of this wall fell it would take the whole 240ft wall down with it and would kill any one standing close to its proximity.

“If this wall however bordered the grounds of Canterbury Cathedral I very much believe they would have maintained it and we wouldn’t be where we are now; that is, asking the church to undertake the necessary maintenance to their properties to make it safe and preserve it.

“We feel the wall is important because it has been standing for over 100 years.  I might add that old walls have a ‘value’ as lime mortar  and old stock bricks are quite beautiful and are becoming increasingly rare. 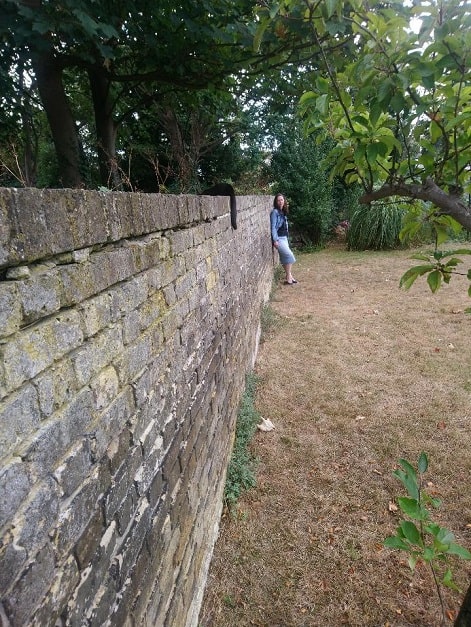 “The wall matches all of the walls surrounding our garden.  A fence would look totally incongruous to the perimeter walls.  The length of the back garden is around 240 ft long and  its removal will affect my aspect and my property.

“I have been so upset and distressed with the Church’s ‘couldn’t care less attitude’  that at their last visit, I made it clear that I will not allow them onto my property in order for them to remove the wall.

“I told them however that I would let them on to my property to make the wall safe before they  remove the whole thing!  They are also going to remove a large old Acacia tree which stands close to the wall.”

The couple say the church could pay for the repairs, citing the Church of England’s estimated combined wealth of £8.3 billion in 2018.

Donna said: “£40,000 represents a paltry figure in respect of the church’s wealth.I am totally horrified at (the) decision to remove it and not repair it,citing poverty.” 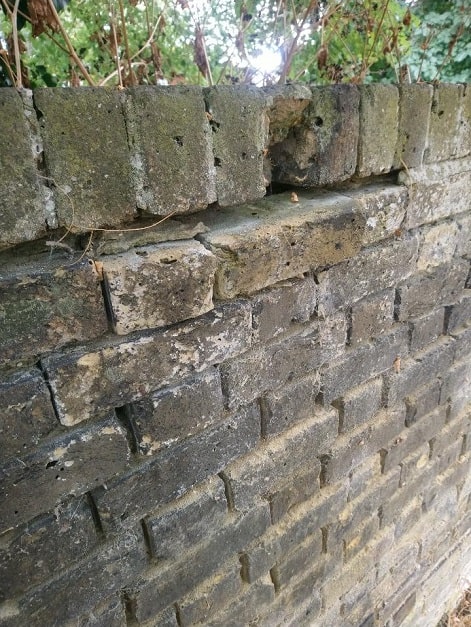 A Diocese spokesperson said: “We understand the resident’s concern about the wall. The cost of repairing the wall would be extremely high – in the region of £40,000. As a charitable organisation we are required to make the best use of our resources and have a responsibility to those who kindly entrust us with their financial gifts.

“Therefore we have made the decision to replace the wall with a fence, both to reduce the cost of the work and to ensure the safety of the boundary.”