Plane-spotters on the south side of the Isle of Thanet have caught sight of an unusual aircraft this morning (August 10).

The Royal Air Force has sent an Atlas aircraft from RAF Brize Norton this morning to support Border Force operations in the Channel.

The deployment has been authorised by the Defence Secretary Ben Wallace MP, supporting the Home Office who are responsible for the UK’s border security.

There have been 4,000 migrant crossings to the UK so far this year. 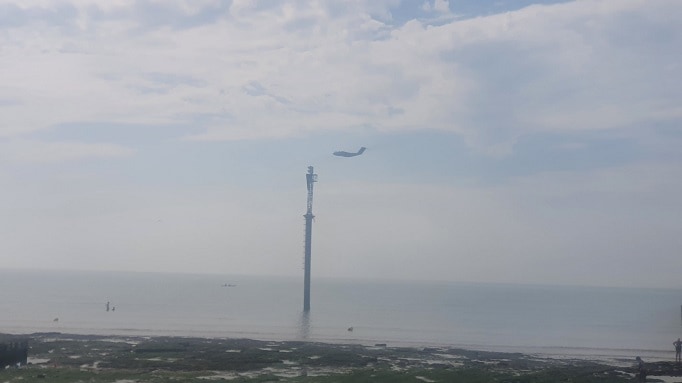 The A400M Atlas is a European aircraft,  designed and built jointly by France, Italy, Spain, Germany, Belgium, Portugal, Turkey, and the United Kingdom. It has a 42 metre wingspan and four turboprop engines.

Used as a transport aircraft, the Atlas can easily be fitted with specialist equipment for intelligence, surveillance and reconnaissance missions.

The version flying between Dungeness and Broadstairs this morning is being used in this role. So far, it has been over the area for nearly six hours.