Westgate’s Christ Church URC is on a mission to raise £50,000 for repairs to its clock tower base.

The church, which was officially opened in April 1884, needs to repair the base of the clock tower due to erosion of the sand stone.

Due to the tower being situated over the church steps the repairs are a matter of urgency.

Church and committee member Pat Robson says funding bids have been delayed due to the covid pandemic but will hopefully be discussed by awarding bodies in September and October. 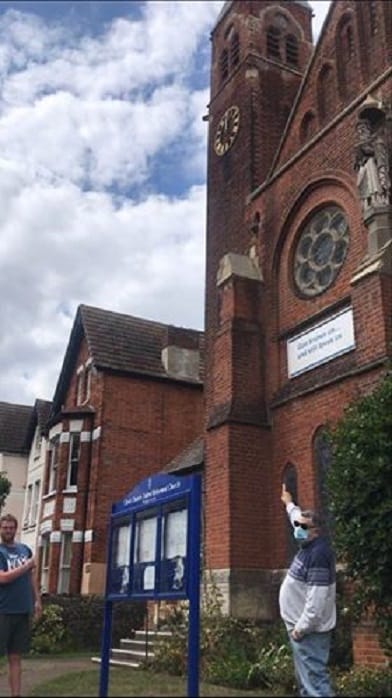 The United Reform Church has received half of the amount needed from the Southern Synod, which knits together 160 churches in the south-east. A pledge has also been received from WW Martin which was the firm that carried out the original 19th century build.

Pat, 80, said: “It will cost around £50,000 for the work to be carried out and with the backing of the Synod we are hallway there. We have also been helped by WW Martin and Westgate Town Council, which has given us grants in the past, says it will help again. They have been very supportive.

“The work needs to be done but we unfortunately went into lockdown just after we had started applying for grants. 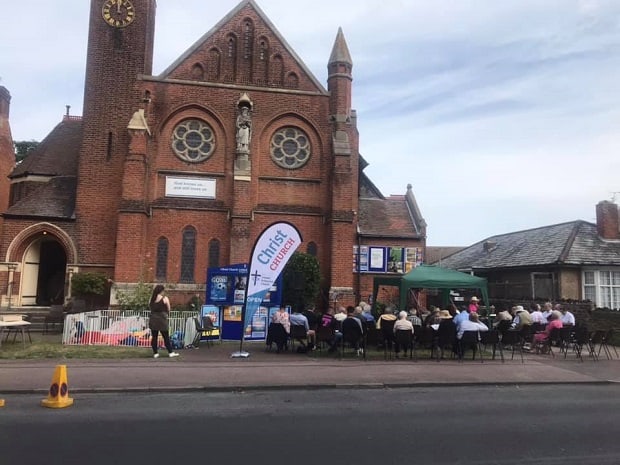 “Our church does so many things in the community. We have the Boys Brigade with Girls Association, lunches for the elderly, a parents’ and children’s club and lots of other things.”

The church, in Westgate Bay Avenue, is currently closed due to the pandemic but hoping to reopen soon. The aim is to find out about the result of funding bids and raise the cash needed, by Christmas with a start on work at the beginning of 2021.

A JustGiving page is currently being set up to help with the fundraiser. 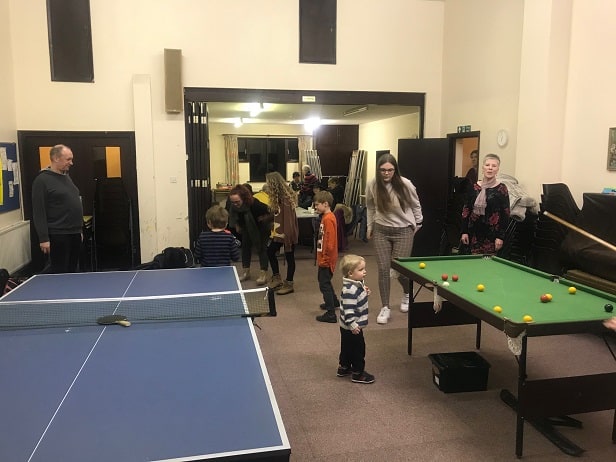 Christ Church was established following the introduction of the Westgate-on-Sea Estate built in the 1870s.

The land used for the Estate fell in three ecclesiastical and four civil parishes yet in none of them was there a place of worship.  The Kent Congregational Association recognised the need and the opportunity, first arranging worship in a hired tent and then in the new Assembly Rooms.

An appeal was launched for funds and in June 1883 Samuel Morley MP, a prominent dissenter, temperance advocate and philanthropist, laid the Foundation Stone.  By this time there was already a flourishing Sunday School and Bible Class.  Almost a year later, in April 1884, the church was officially opened.

The development of Christ Church in the following decades very much followed the pattern of churches in similar situations.  Numbers increased, the building was enlarged and in addition to well-attended worship and  activities for children and young people, the church provided a centre for many social and community gatherings.

As numbers have decreased in recent times, again in common with national trends, the church has sought to continue its role as a centre for Christian worship and mission while at the same time retaining a commitment to address the changing needs of the community in the Thanet district and beyond.