Members of a Thanet disability campaign group have renewed their appeal for the lift at Viking Bay to be reopened.

Chair of campaign group Access Thanet, Helen Kemp said: “The decision to close the lifts has been made by Thanet District Council with no consultation and there is no signage explaining the decision to the public.”

Thanet council says the seafront lifts at Viking Bay and Ramsgate Main Sands remain closed as a result of the national social distancing measures currently in place to slow the spread of the Coronavirus (COVID-19). This will continue to be reviewed.

Helen, whose son is a full time wheelchair user, said that despite sending many emails to local councillors and council officers, she feels she hasn’t received a  satisfactory response. 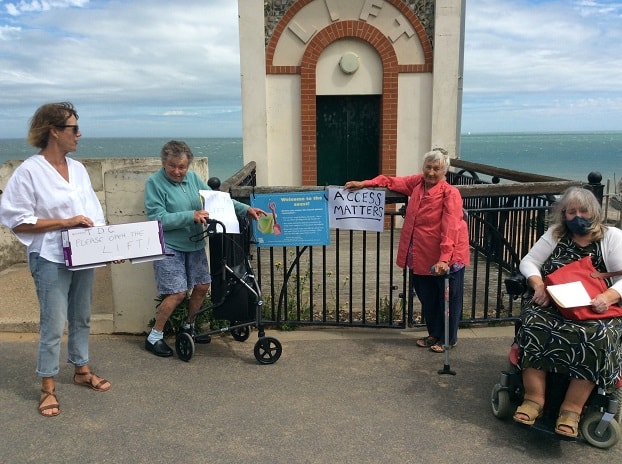 She said she has been told the closure is due to problems with Covid, emergency call outs and security issues, adding: “But lifts are open in shops, car parks, stations, hotels and hospitals.”

Access Thanet has campaigned to improve access for people with disabilities and led protests last year when the council announced the lift was not going to be open for most of the holiday season. The campaigners see the current closure as a blow both for local people and visitors.

One regular visitor to Broadstairs, Liz Prater from Solihull, said she agreed with the campaigners and was very disappointed to find the lift closed. She said: “I’m unable to walk up and down the steps. I think this is a very retrograde move as far as visitors are concerned.” 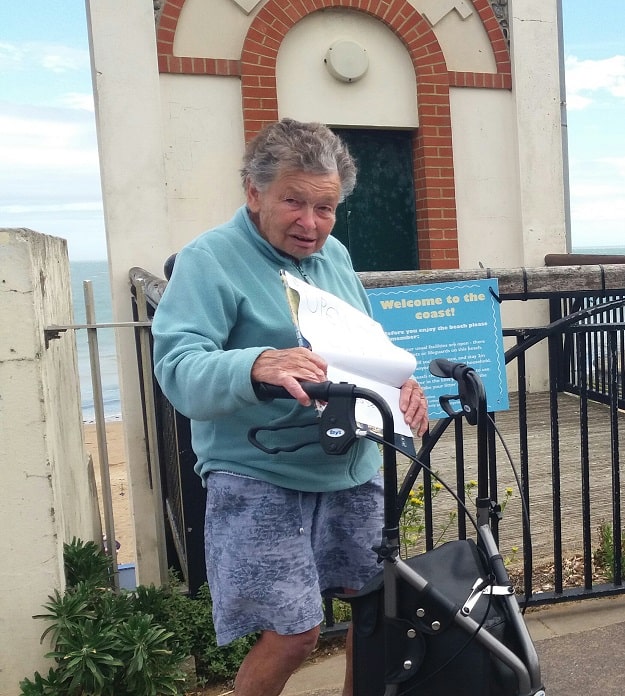 Helen said: “The closure of the lifts at Broadstairs and Ramsgate has affected many and in Broadstairs there is no safe route for many people to get to the beach, the lower walkway or the beach cafes.

“We have suggested limiting usage to those who have mobility challenges or small children in buggies. We have offered  to find and support volunteers monitoring usage. We suggested limiting opening times to a few hours per day assisted by the security staff employed by Broadstairs town council.

“This would be so helpful and security could be prioritised if there is antisocial behaviour elsewhere on the beaches. We would support the lift being used by only one person, plus a carer, at a time. It is certainly possible to be more than a metre apart within the lift.

“We believe that people with disabilities should be free to make the same choices about going to the beach as the rest of the population. Unfortunately no council representatives are prioritising how that equality can be put into practice.”

Thanet council says it is liaising with insurers to review whether the lifts can be opened safely.