“You can get cancer at any age, guys have got to check themselves and if they find a lump don’t ignore it,” says Broadstairs dad and holiday let business owner Alistair Baldwin who is facing his second battle for life in just three years.

The 32-year-old has to undergo major surgery on August 3 after doctors discovered two tumours either side of his neck which are crushing his windpipe. The tumours, one 60mm and the other 70mm, have to be removed or they will suffocate Alistair.

There is a risk that the procedure will damage his windpipe and leave the Holiday Lets in Kent boss unable to speak. Operating on a secondary tumour on his lung may also mean Alistair faces being on oxygen for the rest of his life.

But Alistair is incredibly positive and determined to beat the odds yet again, saying: “You have to just keep smiling. We have got to face this thing and get on and deal with it.” 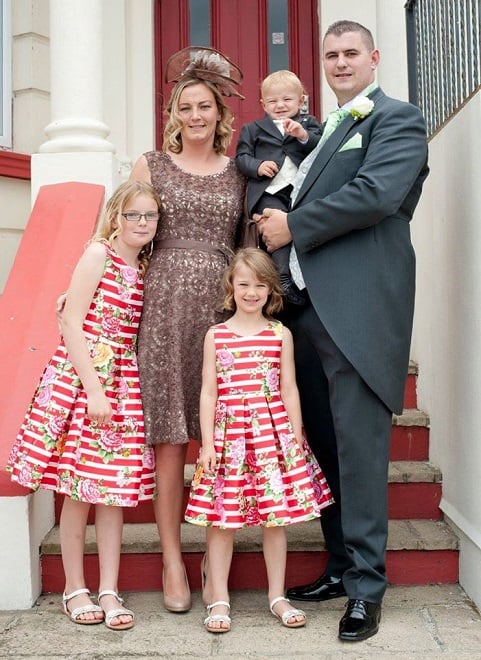 Three years ago Alistair, who lives with wife Gemma, their children aged 12,10 and five and his mum Lorraine, was diagnosed with testicular cancer. The cancer had spread throughout his body, including his heart, neck abdomen and spine.

He said: “Last time we thought I might not come out of surgery. There were five major operations and four of those were back to back. The shortest was 10 hours, the longest 14 hours.

“I’d say if you find a lump get it checked. So many blokes think it will just go away and I was like that at first. The outcome could have been unthinkable.”

Alistair received the all clear in May this year but three weeks ago a trip to the doctors for a possible hernia led to the discovery of the tumours which are teratoma differentiated – aggressive growths. 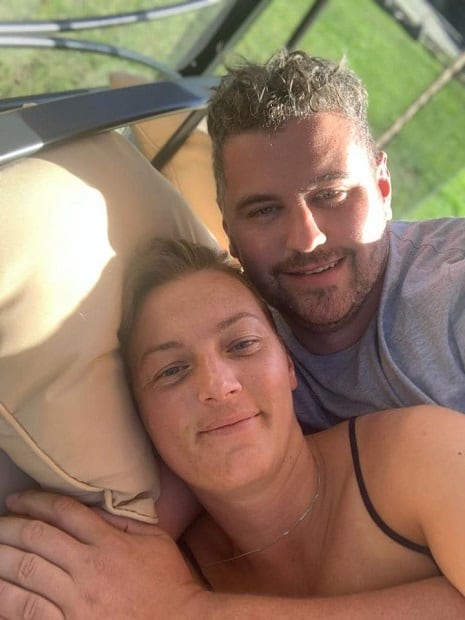 Alistair said: “It is a by-product of the chemo last time, it is good cells in the wrong place.

“I feel fit and well but climbing the steps at Stone Bay yesterday I was struggling for breath.

“At the end of the day, if I hadn’t found it when I did and my wife had not pushed for scans, I would not be here.

“It is a black and white situation. My doctors at the Eastcliff surgery have been brilliant all through and again, without them, I would not be here.

“What I really want to come from this is raising awareness. If you find a lump act quickly. There is a two week cancer programme through your doctors called the Cancer Pathway. It means you will have scans and be seen by specialists within two weeks. I really want to make people aware of that, it means your doctor can move things along quickly.”

The Royal Marsden and Royal Brompton hospitals have pulled together four surgeons to carry out the operation next month. Due to the Covid restrictions visitors will not be allowed and Alistair has no real idea of how long he will be in for.

He said: “I had the all clear in May and now we are facing another battle. But the other option was to not have surgery which would mean I had just months, a year maximum, left. It was not an option.”

Alistair says he already owes a huge debt of gratitude to the NHS and the Eastcliff practice and already raised £8,000 for Macmillan Cancer Care through a sponsored headshave.

He said: “They did so much for us. The chemo unit that saved my life is there because of Macmillan, every bit of paperwork we had from the unit had Macmillan on it. I shaved off my hair, that I loved, as I was going to lose it from the chemo.”

Alistair said those people donating blood were vital, having had five life-saving transfusions himself.

One impact of the operation will be financial. Alistair’s business of 11 years has been shut due to the pandemic lockdown, losing all Spring trade income.

The firm’s 28 venues  are open for Summer but with the risks of a second spike the year’s bookings are uncertain.

Luckily Alistair has been able to furlough staff but as a company director on dividends, has not been eligible for any government grants himself.

Close family friend Karen Huckstep has launched a bid to help raise funds for the family as they go through this very difficult time.

On her fundraising page Karen says: “Alistair is a very loving, hands on fantastic father to his three young children. His wife Gemma is his rock and amazing with the dedication she shows to her family. At this difficult time they are all devastated.

“Alistair’s mum Lorraine  has also been amazing and is a tower of strength and support to them all and they also all live in the same home where she is there for them 24/7 without a second thought.

“We are trying to raise funds to support Alistair and his family through this very traumatic time and for them to be able to survive difficult times as Alistair is the main provider for the family  and even after this operation he will have to self-isolate for a further 14 weeks due to the risk of coronavirus.

“Any help we can give them for some stability and financial support would be so gratefully received and as he recovers for him to be able to enjoy and spend time with his  children and wife without worrying about everyday living expenses and how he is going to afford to be off work for so long.”

Alistair said: “We aren’t on the breadline, we have a business and we are quite proud. If we do not need money raised I will donate it to a cancer charity. Karen has done this because she saw how we struggled last time when we had to uproot the family and move in with my mum. We never recovered financially from that really but we do have a great team of staff and we are now open for the season.

“We just have to be positive although Karen said we also have to be realistic and that is why she wants to help.”

Although Alistair admits the situation is frightening he says the family will face it together, adding: “Of course there are down days but you have to think positively, it is that mental attitude that will get us through. You have just got to smile and carry on.”

Find the fundraiser set up by Karen here