Fourteen years ago Laura Dean and her family received devastating news. Aged just 13 she was diagnosed with ovarian cancer.

Now, ten years in remission, Laura is taking on a 100 mile run challenge to raise funds for the Teenage Cancer Trust which gave vital support to her and her family during the years of battling back to health and beyond.

It was 2006 when the King Ethelbert student started feeling unwell with a distended stomach.

Laura, now 26, said: “I had been wearing a jacket to hide my stomach and was due to go back to school but didn’t feel good. Then I had these horrible pains in my stomach and ended up in Rainbow Ward (at QEQM) because it was so distended and unusual for my age and size.

“I was taken to University College London hospital and we were told it was ovarian cancer. I had over a year of chemotherapy but that didn’t destroy it. The tumour they took out was three and a half stone. It had grown rapidly over 6-8 weeks due to hormones.

“I didn’t even know what cancer was really. No-one at school had ever had it and you didn’t really hear about it then.

“I was in and out of hospital for five years and had surgeries to remove nodes although thankfully they weren’t cancerous. I practically lived in T13 – the Teenage Cancer Trust funded ward at UCL.

“We pretty much moved to London to my nan’s, my brother and sister had to move too, and my mum was with me the whole time.

“It was horrible and the worst thing was watching my family struggle.”

The Teenage Cancer Trust was a vital support for the family, helping them to return to normality and aiding Laura to stay healthy after treatment – and Laura says she is determined to give something back to the charity.

Laura, now a health care assistant at QEQM Hospital, said: “It was a childhood trauma but I am now fighting fit and feeling very well.

“The journey changed me massively. I now always look at the positives and I always want to help others, which is why I have the job that I do,” 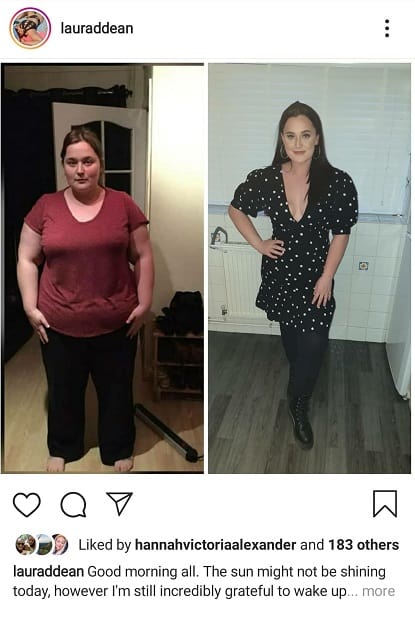 During the last four years Laura has shed seven and a half stone with the help of Clarissa Rolfe at the Westgate Slimming World and defied doctors who said she would not be able to have children by becoming a mum to Teddy, who will be two next month.

Laura, who lives in Westgate with partner Josh Woodward and their son, said: “I went on a journey to lose weight and then, since having Teddy, I have really been focused on exercise and staying well. 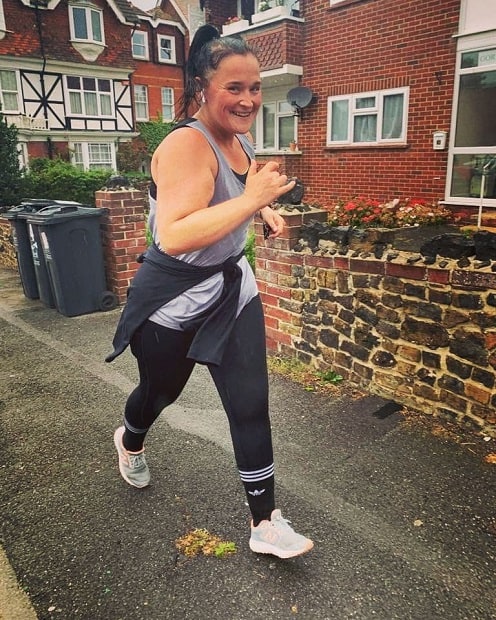 “During lockdown, with all the gyms being shut, I started running. And now my plan is to run 100 miles during August to raise money and awareness for the Teenage Cancer Trust.”

Laura, who will celebrate her 27th birthday during the challenge, had set herself a £100 target but this was smashed within minutes so she then set the bar at  £700. Donations have come in that have doubled that amount to £1471. Laura now hopes to hit £3,000 by September 1. 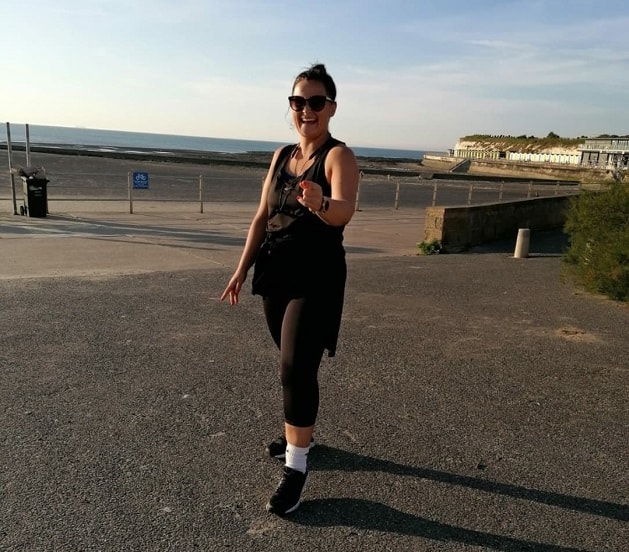 She said: “I want to give something back and help another young person experiencing what I did. It is going to be a challenge – but I like a challenge.”

A three hour zumbathon event is also being held to raise money for the cause on August 30.

It will take place  from 10am – 1pm in the field next to Margate FC, Tivoli Park Avenue.

Tickets are £15 per person and can be bought at www.bookwhen.com/bekfit

A  charity 11-a-side football match is also being organised by Josh to be held at Baypoint, near Sandwich.

Every day, seven young people aged 13-24 hear the words “you have cancer”. The Teenage Cancer Trust makes sure young people get the nursing care and support they need, through their cancer treatment and beyond.

It is the only UK charity dedicated to meeting this vital need.