Around 9,000 health staff have been tested for Covid in a five-day programme across East Kent Hospitals NHS Trust sites, which include Ashford’s William Harvey, Margate’s QEQM and the Kent and Canterbury Hospital.

A total of 13 positive Covid cases have been found across the entire East Kent hospital workforce so far, the trust says.

Concerns have been raised at a county council meeting that nearly one-fifth of the deaths in England over the last seven days – 10  out of 55 – have occurred at East Kent sites. However, the Trust is one of largest in England, with five hospitals and community clinics serving a local population of around 695,000 people.

Wilf Williams, accountable officer at Kent and Medway Clinical Commissioning Group (CCG), said he was seeking “definitive” answers about the situation in East Kent during the virtual public meeting on Wednesday (July 22)

East Kent Hospitals NHS Trust has said it is working closely with Public Health England and other partners to fully understand the reasons behind recent deaths while also increasing Covid control measures at their sites.

Some 125 people have died at the hospitals in Ashford, Canterbury, Dover, Margate and Folkestone in the last seven weeks, NHS figures show. But the number of patients with covid-19 who have needed to be admitted to hospitals in East Kent is reducing and the Trust is now caring for 29 patients across its hospital sites, down from a high of 141 in May. In total 948 patients have recovered and been discharged.

A spokesman for the East Kent NHS trust said: “The number of patients who have sadly died in East Kent hospitals who have tested positive for Covid-19, in total during the time of the pandemic is 1.48% of the total in the country.

“Our staff are dedicated to caring for all our patients and have been touched by each death during the pandemic.

“Infection prevention and control has been our priority throughout this pandemic and was strengthened further by testing all 9,000 members of our own staff as a precaution.

“If you need to come to hospital, you should wear a face covering, maintain social distancing and regularly clean your hands.”

County Councillor Karen Constantine had suggested putting up physical screens and barriers between staff and patients in the A&E department of Margate’s QEQM Hospital but the trust said it already has this equipment installed in all of its A&E departments. 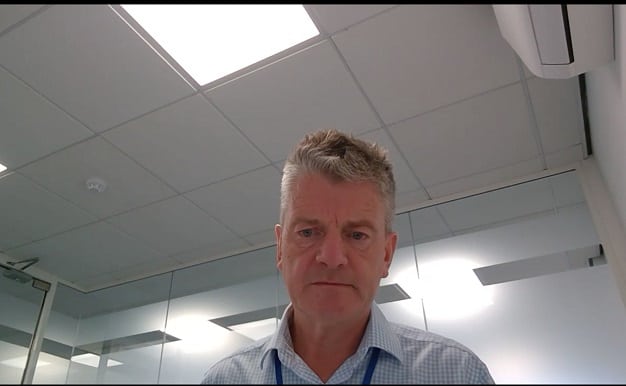 Mr Williams described the East Kent situation as “serious” but also told Kent councillors that the infection rate had been “relatively low” among the staff tests carried out. He is waiting for all the Covid results to come in before making a final assessment.

Mr Williams said: “I’m not making excuses but East Kent NHS Hospitals Trust is one of the largest trusts in the country. There have been a lot of deaths there but that does not necessarily give us the full picture.”

West London’s Hillingdon Hospital was forced to close earlier this month after a substantial Covid outbreak among its staff, with 70 workers having to self-isolate and A&E activities suspended.

Mr William said East Kent hospitals were not in a similar scenario. He added: “I believe we are strongly moving forward in the right direction.”

East Kent NHS Hospitals Trust has a series of Covid control measures at its five hospitals.

These include a strict “front door” policy at each site, limiting the number of people coming in, taking temperature checks before entering, providing face masks and hand cleaning services.

Explaining the recent death rise, a spokesman for the trust added: “We know that the initial increase in patients presenting for treatment in East Kent Hospitals began later than in England as a whole, the population of East Kent is significantly older with more comorbidities than the England average and we are one of the largest trusts in the country.”

‘Ramped up’ levels of testing

Kent County Council’s Director of Public Health, Andrew Scott-Clark said: “The public should be reassured that the levels of testing across Kent have also been ramped up and we would expect to see a rise in the number of cumulative confirmed cases.

“We have increased our testing capacity so that we are able to identify and confirm cases in our community and support the NHS Test and Trace programme. We appeal to residents to follow the guidance should they be contacted by NHS trace. This will help us control the spread of the virus.”

KCC’s HOSC committee has asked that details on the Covid test results are provided as a matter of urgency. A written report has been requested ahead of the next meeting on September 17.