Three classical musicians played at the Lido Sands structure this evening (July 18) as part of a paid pop-up performance.

The socially distanced event was to raise awareness of the issues still facing professional freelance musicians as a result of the pandemic.

The trio were Minster’s Sophie Roper on double bass and south east musicians Charis Jenson on violin and Lisa Bucknell on viola.

The three wanted to highlight the massive impact on income that has been faced by musicians in the light of social distancing restrictions, the inability of many grassroots venues to operate with adequate social distancing measures and the lack of government support.

Sophie, who organised the performance, said: “Since March, freelance musicians have had zero income, and this is unlikely to change much for most of us until social distancing is relaxed.

“Around 40% have received nothing from the government’s self-employed Income support scheme and many more only a fraction of their normal income. As the country emerges from lockdown and the economy reopens, please help freelancers not to be forgotten.

“We have lost something that has formed the backbone of our lives since we were children and are desperate to find a way to get back to work.

“Today was my first live performance since March and in fact the first time my bass has left the house. We don’t want free handouts; performances like today are what we live for and we just want to return to doing our jobs and making audiences happy.” 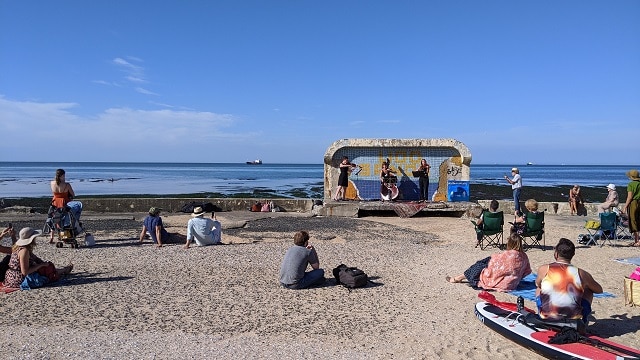 Charis added: “This performance was to raise awareness of the crisis facing musicians across the country due to current regulations regarding performing. It was the first time I have been able to perform and do my job in 4 months.

“While we are grateful for the £1.57bn of funding announced by the government, there is not yet clarity regarding allocation and whether freelance performers and support staff will benefit at all.

“This combined with the current coronavirus regulations regarding performing makes our livelihoods an impossibility – as an example, no orchestra can rehearse let alone perform with the stated distancing rules.

“The UK is renowned globally for the quality of its musicians, but the reality is that for most of us lucky enough to qualify for the Self Employed Income Support Scheme, our income drops to zero in August, and many others have fallen through the cracks and had no financial help at all.

“Now, like many musicians, I may be forced to look for another job. It’s all very well saving the venues, but there is little point if there are no musicians left to perform in them.” 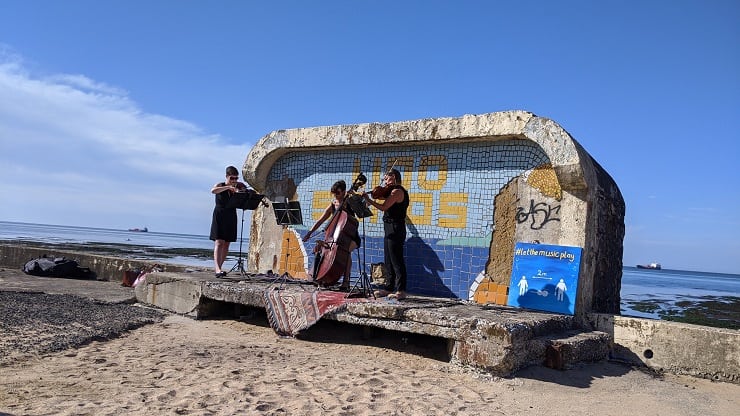 Lisa said: “Like so many freelance musicians, I’ve worked hard to build relationships with colleagues and organisations to create a career where I feel proud of my achievements and making a positive contribution to society.

“The majority of my work is live performance and there really is nothing like the feeling of standing on a stage and being able to see the reactions of audience members and other colleagues, and knowing in some small way you may be changing someone’s life.

“Without warning, my hard-earned rug was pulled out from under me in March. As a freelancer, you get used to quieter patches, and coach yourself by repeating “the work will pick up again…it always does”. But it has been a long, lonely silence and the path back looks at best slow and unsteady, and at worst, invisible. 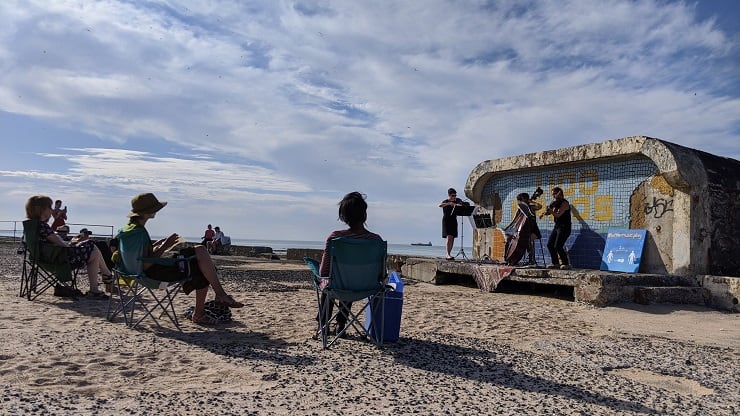 “But musicians are brave and resilient, prepared to take risks and to adapt. The audience were so appreciative and it was abundantly clear that the public have missed live performances just as much as we have giving them.”

Indoor live music performances can resume from August 1 with social distancing restrictions but the music industry still faces a difficult journey to performances financially viable with the distancing measures.

The industry contributes £5.2 billion a year to the UK economy and sustains 190,000 jobs.