After the furore last week when I wrote that I’d love to fly from Man**on again (I had forgotten!) I determined this week to expound on nothing more controversial than fluffy kittens and my special recipe for carrot cake.

Unfortunately, the cat has upped his game and his latest offering was a (mercifully dead) young rat – he was so thoroughly pleased with himself it could have been sweet if I hadn’t been screaming – and we are fresh out of carrots.

So let us instead, go down memory lane.

In the usual way, this would be a challenge. Nothing gets me muttering at the TV quicker than when a screen detective turns up at the house of a murder suspect, fixes them with a narrowed-eye stare and enquires with menacing courtesy: “And one more thing, Sir, where were you a week last Tuesday?”

“I was watching paint dry with my wife,” Mr Dodgy will reply. Or  “I was in the Horse & Gristle all evening,” he’ll declare, even if the offending date was months ago. How on earth does he know? I’d have to look in my diary to tell you what I did the day before yesterday.  And if I haven’t written in that lately – no chance!

I can however tell you, with almost 100 percent certainty, what I was doing 18 years ago. If you’re reading this early on a Friday evening, I’d have been layering on the slap, preparing for a night at Harpers Wine Bar, in Harbour Street, Broadstairs, which I then co-owned. My business partners, Jacqui and Wendy, did all the hard graft day-to-day, but I popped the corks and pulled the pints on a Friday. It was the highlight of my week.

We’d been open about three days when I knew the bar would be the setting for my next book. As anyone who has ever worked on a licensed premises will know – all life is there! You hear secrets, witness romances, make judgement calls over whether “just one more” will lead to the customer falling off her bar stool, and learn to keep your mouth shut when the chap who usually comes in with his girlfriend turns up with the wife.

One Glass is Never Enough (and it usually wasn’t) was first published in 2005. And yesterday – to my great delight – it was re-released with a lovely new cover.

And oh, how life has changed!

The story is still set when it was written, because updating the technology would have taken me till Christmas, and the lack of it, in one particular incidence, is fundamental to the plot. Revisiting those pages of the first novel I ever set in Thanet, has reminded me of how Broadstairs has altered too. Remember when it was the Roger-family-owned Marchesi’s gracing Albion Street, instead of the chain Prezzo?  When Folk Week started with a torchlight procession?  I mention long-established hostelries, The Tartar Frigate and The Dolphin, that are still here but the coffee lounge La Joules has since closed, and my beloved Albion Bookshop is very long gone.  I still think fondly of those old-fashioned shelves and legendary manager Vanessa, who I’ve seen source a book without its title, ISBN, or publisher, simply from “they were talking about it on the radio – it might have been about someone called Margaret”. Particularly if I’m eating tapas in Albariño, which is now in its place.

Strangely, Man**on Airport doesn’t get a mention at all. Probably because, at the time of writing, EUjet had yet to begin flights. Or possibly because I simply didn’t dare… 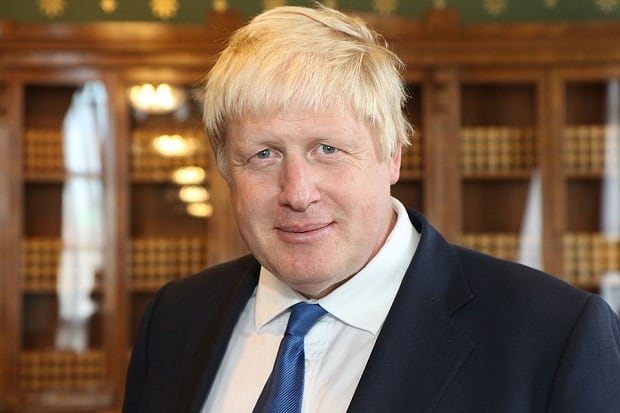 BORIS Johnson has announced his plans for a “significant return to normality … possibly in time for Christmas”. I have stopped trying to follow what we are/aren’t allowed to do and won’t even attempt to get my head round why we can suddenly use public transport willy-nilly and the responsibility is back on employers to decide where their workforce hang out, when nobody seems sure if Covid cases are falling, rising or staying the same. Or whether a second wave is likely to slaughter the NHS anew or remain a figment in the minds of the over-anxious. So I have only one thing to say on the subject of the Premier’s latest outpouring. Please don’t make it all worse by bringing up the C word. Not in mid-July.

One Glass is Never Enough is published by Headline Accent in paperback and on Kindle. You can see Jane talking about the new book and Broadstairs here