A community effort has resulted in 74kg of ‘embedded’ rubbish cleared from  Joss Bay to Foreness Point.

The Friends of Botany Bay and Kingsgate were joined by community volunteers and members of the 100 tons of Plastic group to carry out the blitz on Tuesday (June 30).

The haul collected by the 39 volunteers consisted of thousands of cigarette butts, hundreds of wet wipe tissues and countless pieces of thoughtlessly discarded wrapping and plastics. 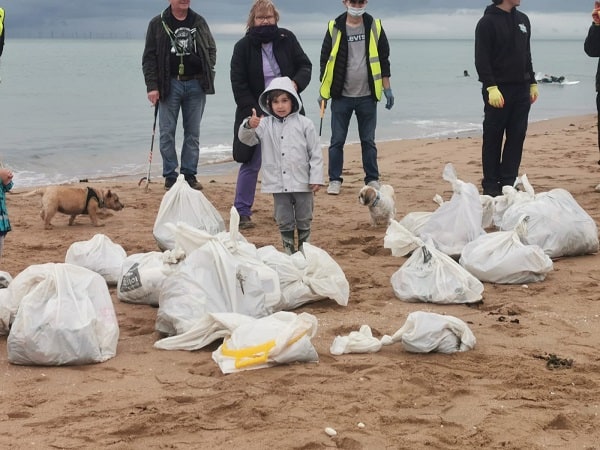 Barry Manners, from the Friends group, said the rubbish was in addition to that cleared during previous days and was ‘embedded’ along the coast.

He said: “There was a good number of people and it was nice to work with another local group. We have a good facebook following and lots of local people saw the post just before and came to help us. 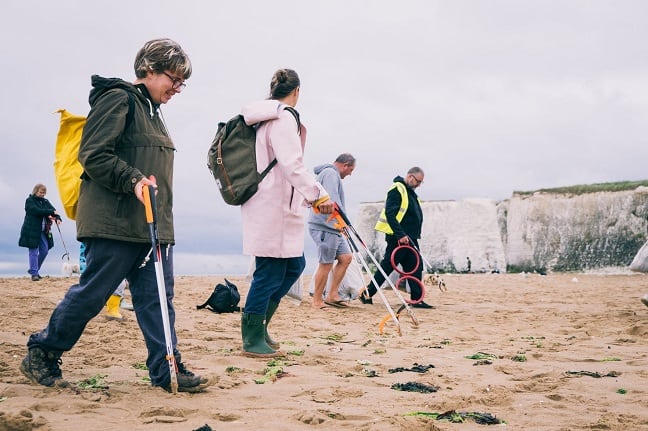 “The weather was just warm enough but meant there were not too many people on the beach so that was perfect. We picked up 74kg and that was after volunteers had already cleared up every day of the week.

“Much of it was embedded, things like fag ends and bottle tops, rather than the heavy stuff which we had already done. 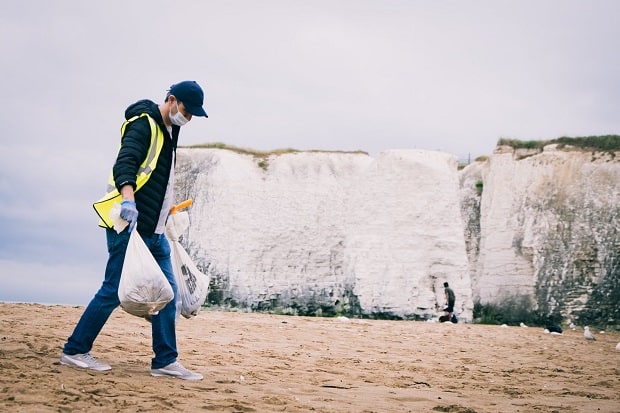 The Friends volunteers have, over the past month, also had to clear broken glass and numerous laughing gas canisters that have been discarded on the sands. 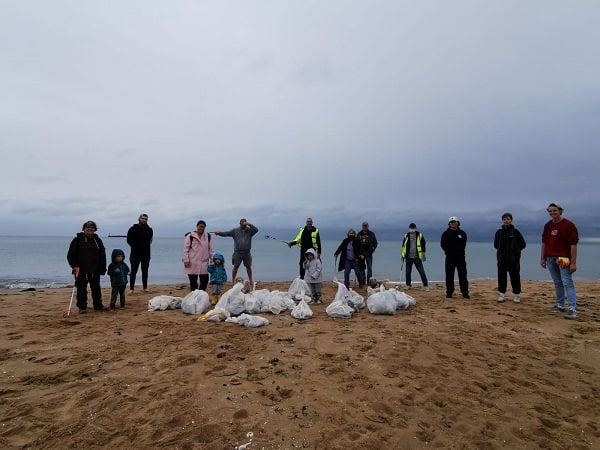 The litterpick was finished off supper supplied by Palm Bay chippie.

Find the Friends of Botany Bay and Kingsgate on facebook here