One man and his Romanian rescue dog on a mission to walk 1,200 miles in 40 days are due to arrive in Thanet at some point this evening.

Chris Boothby and Alsatian-Collie cross Sam are setting out from Tankerton today (July 3) for the next leg of the epic journey from  Lowestoft to Land’s End.

The pair began the walk on June 25 and aim to complete in 40 days. 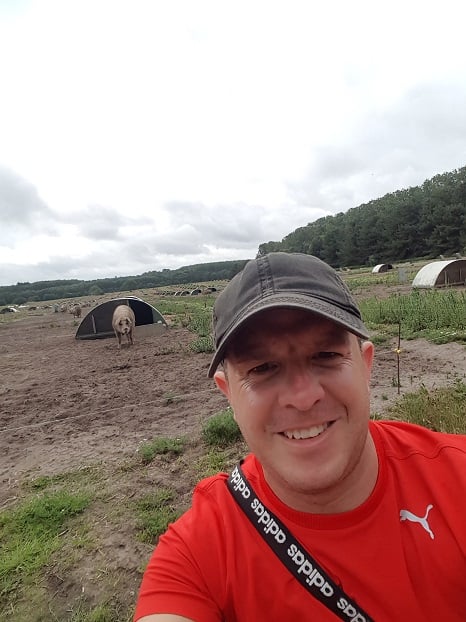 The walk is to raise awareness of mental health issues and to raise cash for three causes – Clam, Inclusion and Phoenix Rehoming.

Chris says he was prompted by his own mental health experiences  and the traumas of newly-fostered Sam who has a nervous temperament following his life on the streets of Romania.

The duo are walking an average of 30 miles each day with the Kent coast forming the second part of the journey before heading to Sussex, Hampshire, Dorset, Devon and finally Cornwall. 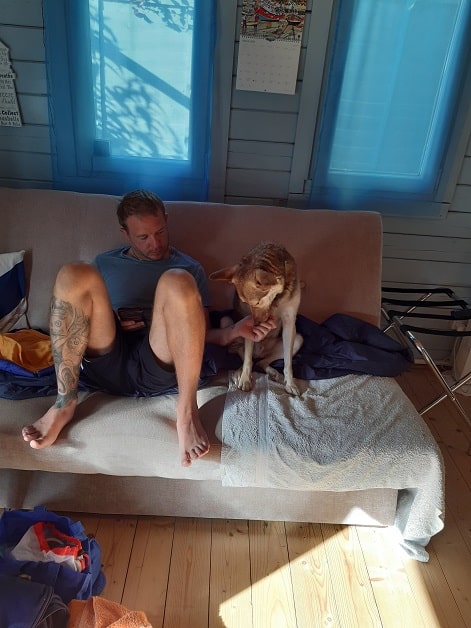 Chris said: “Mental health is such a big issue in the UK, it comes in many forms and conditions for all us (just some more than others). At its worst it can lead people to commit suicide, which is awful to imagine how bad it must get for some of us; particularly with depression and anxiety, BPD, eating disorders, addiction, bullying, bipolar or PTSD… the problem of suicide is way too common.

“I want to raise awareness of all mental health issues, the fact there is support out there with organisations like Calm, Mind and Inclusion (all three I have used) and for people to share and follow mine and Sam’s journey.”

Chris, 35, says he has battled depression and anxiety since he was a teenager.

He added: “The most significant time was in 2017 which led to me being in hospital for four days, and then needing to move back in with family. It’s taken a lot of time and effort, and amazing support from family and friends over the last three years to get to where I am now.

“Following all this I’ve become motivated and inspired to complete long distance challenges in walking, running and kayaking to raise money for and awareness of mental health, to support charities and services which help people.” 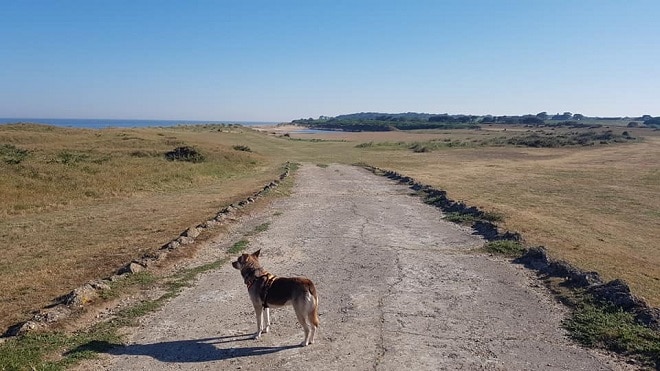 Talking of Sam he added: “Our ‘wolf-like’ dog, has lived in Romania all his life until about two months ago when he finally got a ticket to come to England in the care of Phoenix Rehoming. He’s extremely anxious and unsure of everything around him, for most of the time he just wants to hide.

“Since being fostered by my mum and now living with me he is finally becoming more confident although still has a long way to go. Because of Sam’s background, and the way he is, I have chosen him to accompany me on the challenging journey around the coast from Lowestoft to Lands End.

“Sam is now looking to me for reassurance and to be perfectly honest I look to him at times to reassure me that I can complete this journey together which will enhance our lives in the future and raise awareness and funds for the organisations.”