In 1930, Mickey Mouse made his first appearance in a comic strip, Scotch Tape was first marketed, and actor Sean Connery was born.

It also marked the official opening of the Queen Elizabeth The Queen Mother Hospital in Margate, which celebrates its 90th birthday on Friday, 3 July.

Staff plan to mark the occasion with a socially distanced celebration featuring a display of the hospital’s history, as well as cakes for patients and medical teams.

Susan Acott, chief executive of East Kent Hospitals, said: “Thousands and thousands of people have been cared for at the QEQM in its nine decades. 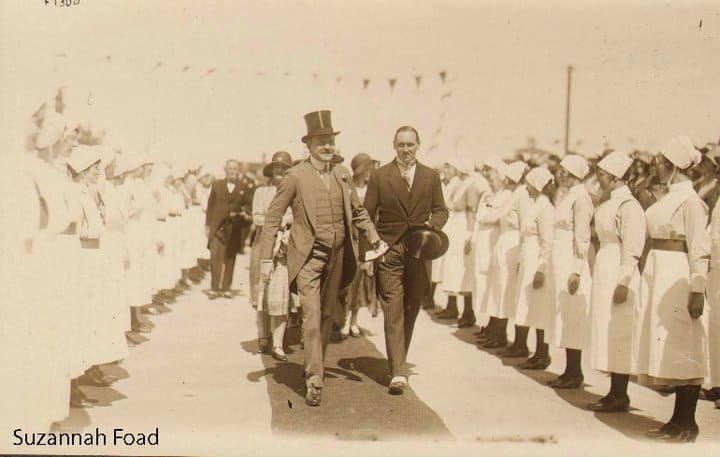 “And thousands more staff have cared for them, working through challenges from the Second World War to the current coronavirus pandemic.

“The hospital has featured in countless family celebrations and tragedies and has a real place in the hearts of many in our community.

“While we may not be able to have the celebrations we had planned, we will still mark the occasion in a socially distanced way and give thanks for the decades of service the hospital has seen.”

Building work on the St Peter’s Road site started in 1928, with the foundation stone laid by Sir Charles Batho, the then Lord Mayor of London, and the opening ceremony was performed by Prince and Princess Arthur of Connaught. Prince Arthur was the seventh of Queen Victoria’s nine children and his wife was a qualified nurse. 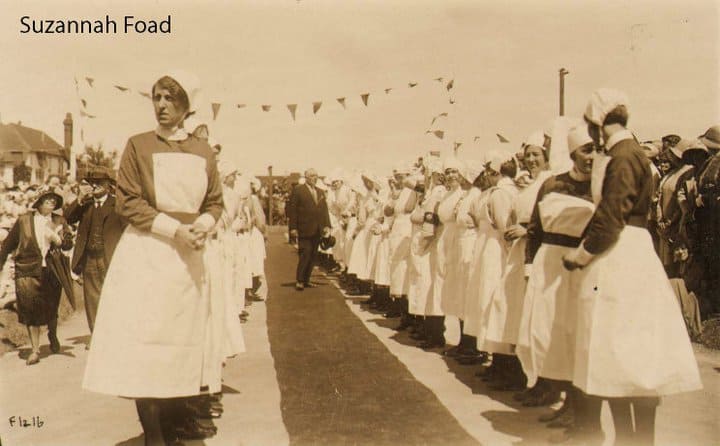 The new hospital had 87 beds and one operating theatre and replaced the old Margate Cottage Hospital, which opened in 1876 and is now Edith Court. It cost a total of £70,000, largely raised by the Thanet community with additional contributions from further afield. 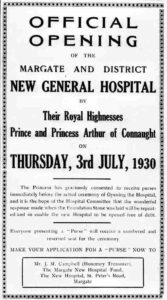 It wasn’t until 1996 that it was given its current name, when Prince Charles opened the new extension leading towards Ramsgate Road and the hospital became The Queen Elizabeth The Queen Mother Hospital.

By then it had 520 beds and nine operating theatres, and had absorbed staff, patients and services from the Royal Sea Bathing Hospital, which closed in the same year.

It has a dedicated heart centre, as well as intensive care facilities and children’s inpatient and outpatient services.