Thanet council has been notified of two Traveller encampments in Ramsgate.

The small groups set up at the Marina Road car park at the Eastcliff and at the Western Undercliff, at the West Cliff.

Both areas have previously been used by Traveller groups as stopping points. The group at the Marina Road car park left the site today (June 17). Council officers carried out welfare checks with the people at the Western Undercliff yesterday and they remain on site.

Government guidelines are that to minimise risk during the national coronavirus emergency, unauthorised encampments should not be evicted.

Local authorities are encouraged to adopt a negotiated stopping approach for unauthorised encampments instead. 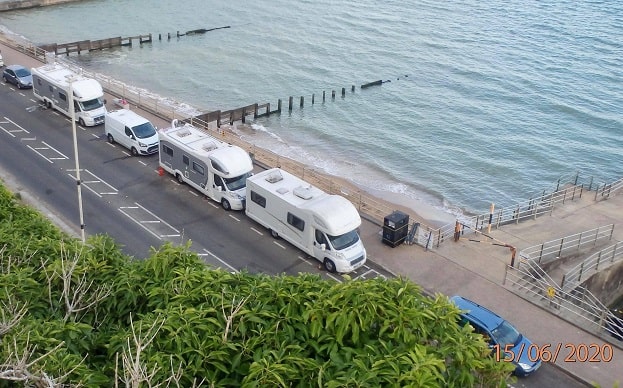 This involves a contract between mobile Travellers and councils that allow the Travellers to camp for up to three months on specified areas of vacant council land.

Residents have complained of mess and faeces at both sites and the blocking of the path at the Undercliff.

One resident said: “The small Southern Water building opposite the motorhomes is mounding up with human excrement They have blocked the path with inflatables, boxes of beer and kids toys and it is now impossible to walk along the prom.” 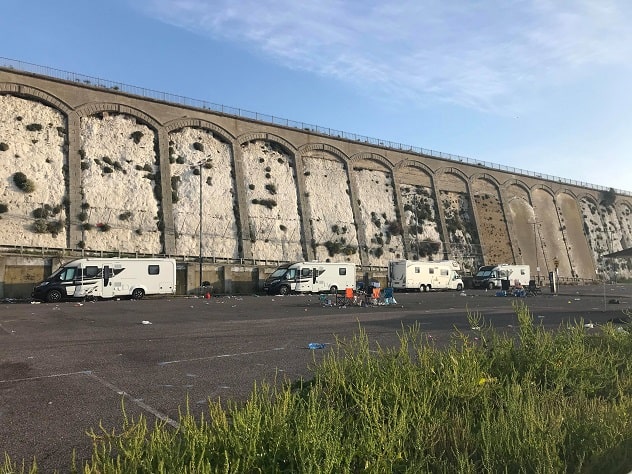 Thanet council has been using negotiated stopping agreements in line with central Government guidance to cease evictions of unauthorised encampments during the coronavirus pandemic due to welfare and safety concerns. The authority says this will be reviewed when this guidance changes.

The Friends, Families and Travellers organisation says that in light of the known health inequalities within Gypsy and Traveller communities local authorities should take action that is based on the level of risk experienced by these groups.

Friends Families and Travellers have created guidance for people living roadside or on Traveller sites, including an audio version for people with low literacy.

A Thanet council spokesperson said: “We have been aware of unauthorised encampments at two locations in Ramsgate this week. The Western Undercliff site was visited by the council on June 16 and advice was given to the group about disposing of their rubbish appropriately.

“Our hardworking street cleansing officers have since cleared rubbish at this site.  Another group which were located at Marina car park have now left the area. The Community Safety team notified our Street Cleansing department that this site also required attention. The cleansing team responded promptly, clearing the area within a matter of hours.

“The Government has set out guidance which states that local authorities should not evict encampments while in lockdown. The council’s Community Safety team will continue to monitor the other encampment.”