An amended application to demolish former pub The Orb and build 12 flats and two maisonettes with associated access, parking and landscaping on the site in Ramsgate Road is due to be discussed by Thanet councillors next week.

The Orb closed in 2017. The Shepherd Neame boozer on Ramsgate Road was sold despite only being taken over by new managers in January, The pub freehold was being marketed for £225,000.

Planning officers at Thanet council have recommended that the decision is delegated for approval to allow Grifo Development Ltd to go ahead subject to safeguarding conditions and the submission of a signed legal agreement securing the heads of terms. 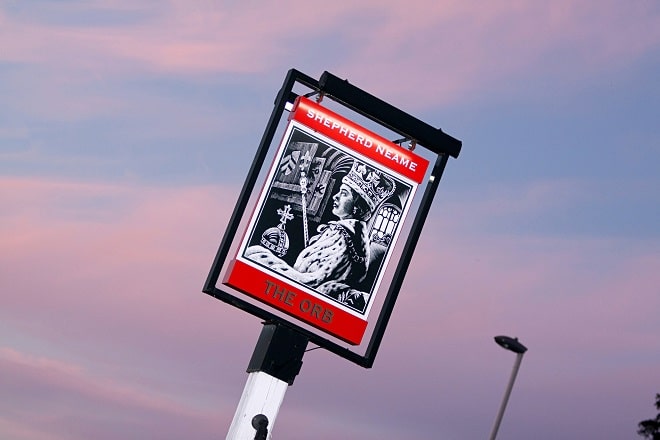 But Margate Civic Society is outraged by the proposal to demolish The Orb, saying: “The existing structure has graced the site for almost 200 years and deserves better than this.”

The pub, which was called The Crown and Sceptre up until 1962, has landlords listed dating back to 1839 but is also believed to occupy the site of the oldest hostelry in Margate, dating from the 15th century.

Margate Civic Society has lodged a strongly worded objection to the demolition, saying: “We can find nothing within the amended plans to alter our original objection lodged on August 19. We are therefore still utterly opposed to the obliteration from the landscape of this iconic and much loved local historic landmark.

“The only motive that supports the proposal derives from maximising profit from the site at the expense of local history and this must be rejected at all costs. We only get one opportunity to preserve local history and a rejection of this proposal would reflect the esteem in which we hold this building.”

The society says the site should be sold to a developer who  would “recognise the benefits of retaining and converting/extending this asset to provide a more modest return on investment.”

Thanet council’s conservation officers says: “Although the Inn is of some established local significance and developmental history, there is in fact reduced intrinsic heritage value that remains within the property.”

The officer says a report by Canterbury Archaeological Trust (CAT) details the development of the site alongside factual evidence that exists through maps, images and locally sourced information. The property is not listed.

They add: “ I believe it to be true this is a site that may have once housed a building which may have been of more historical significance had it not been lost within the development of itself through time. Unfortunately little to none remains of its character internally with the main somewhat ‘original’, but largely replaced and repaired, front facade resulting in a feature common and perhaps better portrayed elsewhere in Margate.

“The side elevation is attractive and perhaps an indication of the quality of the building once constructed. It also has painted signage which could be retained as a legacy for the site visually displaying its history.

“Largely I do not object to the application and the demolition of The Orb Inn but advise that it would be complementary to the proposed site to retain the more significant elevation and incorporate that into the proposed construction.”

The proposal is to create two, 3-storey buildings, with accommodation within the roof space. The buildings will be made up of 10 two-bed self-contained flats, 2 one-bed flats, and 2 three-bed maisonettes.

The buildings will be pitched roof with bay frontages, and will be constructed using reclaimed flints from the existing building.

The legal agreement to be submitted includes contribution requirements for:

The application has been called to planning committee by Councillor Candy Gregory, to enable members to consider the risk to wildlife and their habitat and the impact on highway safety; and by Councillor Steve Albon, to enable members to consider the loss of the former public house building and construction of a block of flats, and its impact upon the character of the area.

The proposal will be discussed by members of the planning committee, via video call, on June 17.