An industrious Cliftonville 12-year-old has turned the lockdown restrictions into an opportunity to raise hundreds of pounds for charity.

Chatham and Clarendon student Betsy Copland has raised money for the Colonel Tom Moore appeal and Oasis Domestic Abuse Service through her passion for cooking. 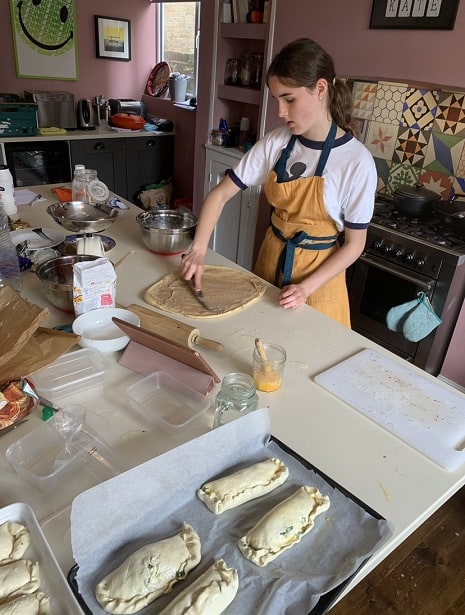 The youngster often makes cakes but branched out to create cinnamon buns, fish pies, sausage rolls and lots of other tasty meals.

Mum Kate said: “Betsy has done a lot of baking and normally likes to bake cakes. When lockdown started there were only so many cakes we could eat.”

The fundraising began after Betsy cooked up a fantastic salmon en croute which mum Kate posted to social media.

From there orders began to flood in, at first from mostly family and friends, and Betsy also began selling door to door.

Kate, also mum to nine-year-old Ralph, said: “She was literally doing 20 orders a week and raising £80 for the Tom Moore appeal. Then his charity stopped so she decided to raise money closer to home for Oasis.

“She couldn’t get enough flour but Ben Wykes, from ModernProvider, donated a 16 kilo bag. We gave a sausage roll to him and he invited Betsy to come in the bakery at weekends as an apprentice, learning how to make puff pastry and the most delicious sausage rolls I’ve ever tasted. 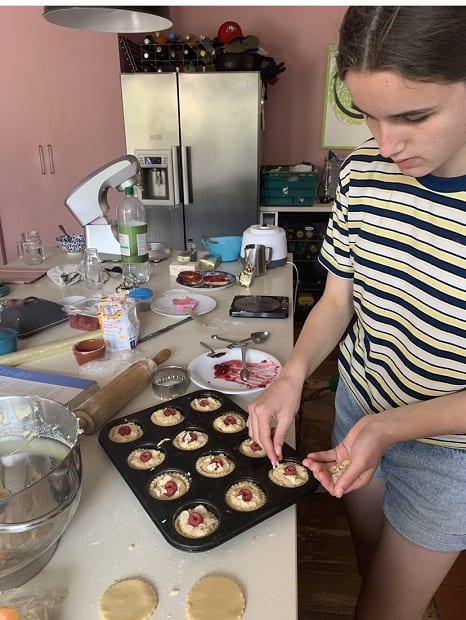 “The proceeds from everything she makes go to Oasis. This has been about £50 per week so far.”

Talented Betsy, who also enjoys taking her paddleboard to the tidal pool at Walpole and camping, has been a hit at ModernProvider, said Ben.

The bakery, based at The Centre, has reopened for takeaways on a one in one out policy at the shop and Betsy’s sausage rolls are among the goods on offer.

GUEST BAKER ALERT! Remember that sausage roll I posted up earlier this week? Well, next week we are hosting Betsy herself in the bakery. We’re going to be teaching her how to make fully laminated puff pastry on the dough sheeter, and she’ll be baking up those sausage rolls in the bakery ovens for you to come and buy! As ever, all money taken for the sausage rolls will go to Betsys chosen charity, @oasisdomesticabuseservice

Ben said: “I thought Betsy would be using a domestic oven at home and not have much space. At first I thought I would have Betsy’s sausage rolls as they were such a hit and then I thought why not ask Betsy in so she could use a proper oven and make all the [pastry from scratch. All the proceeds go to her charity.”

ModerProvider is open Wednesday-Saturday 8am to 2pm. Distancing and hygiene procedures are in place.