Broadstairs perfumer and designer Alex Verier has created an all natural, vegan sanitiser with every bottle being handmade in his Cliftonville lab.

The former Chatham House student has been working on the blend for the past few months and says it comprises of essential oils and 70% naturally distilled alcohol to kill 99.99% of harmful bacteria.

Alex, 27, was formerly at seaweed-based body care and perfumery business Haeckels, also based in Cliftonville, before striking out on his own in 2017 with business Ortum

He said: “I left Haeckels in 2017 to start my own business which I have been doing ever since. I work with clients around the world to formulate products which are then produced in Margate in my formulation lab on Northdown Road. 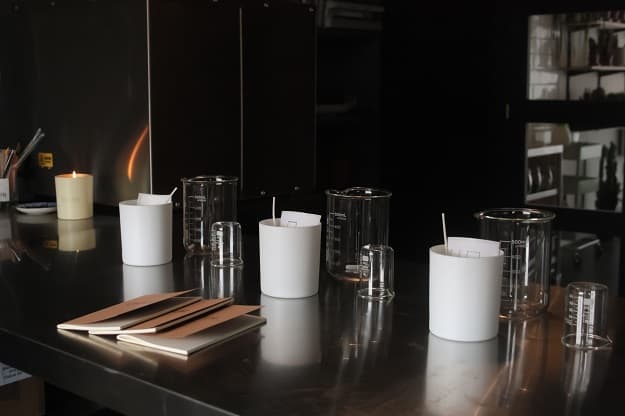 “Past clients have included Grenson Shoes, Oliver Spencer, Dom Perignon, Collette Paris as well as a lot of private clients in the UK and further afield. I have also worked closely with the Department of Trade on projects in New York, Paris and Tokyo.”

The sanitiser is designed to be calming and reassuring with Lemongrass, Parsley Seed and Tea Tree which blend together to create a citrus scent whilst also being naturally an­ti-bacterial and anti-microbial.

The spray also contains vegetable glycerine which keeps the formula gentle on the skin and moisturising but still fast absorbing.

Alex said: “It is made in small batches, using only the best ingredients, and comes in a recycled and recyclable plastic bottle. To be as sustainable but practical as possible there is a refill system in place where customers can return their emp­ty bottles to stockists for a 10% discount on their next bottle.

“The returned bottles are then washed and can be reused.” 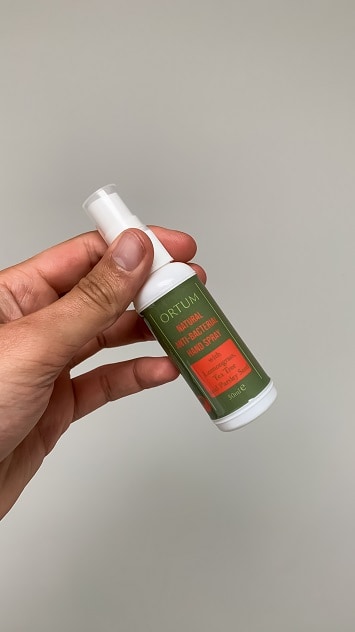 Ortum sanitiser, costing £6.50, is being stocked at The Graingrocer in Cliftonville and Salt of the Earth in Broad­stairs. The spray is also available from F Mondays in Brixton and Butlers Emporium in Hastings and 10% of all profits goes to help local charities.