Fantastical characters from Tim Burton’s Alice in Wonderland are taking a starring role in the window of a Westgate cake shop.

The Mad Hatter, Absolem the caterpillar, the Cheshire Cat and the White Rabbit from the dark world of Underland are all installed at the Little Brown Fairy Cake store in Station Road ready for a very important date.

Business owner and talented cake maker Nicola Bradshaw is reopening the shop on Tuesday (June 2) to offer a takeaway service.

The 51-year-old, who lives in Westgate, is already famed for amazing cake sculptures including a 6ft BFG, Dobbie, John Coffey from the Green Mile and an array of dark, weird and wonderful characters.

Having worked from home for the previous eight years Nicola opened her cake shop in February but had to close the doors on March 23 due to the covid pandemic. 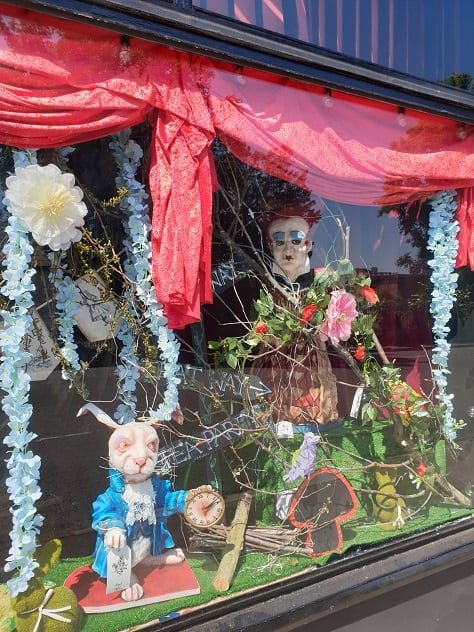 But she hasn’t been idle – spending the entire time creating the fantastical shop window display.

Nicola said: “I think it started when we were trimming the tree in the garden. I had these massive branches and thought they would be nice in the window, I made some bits with them, like a ‘This way, That way’ sign and it grew from there.” 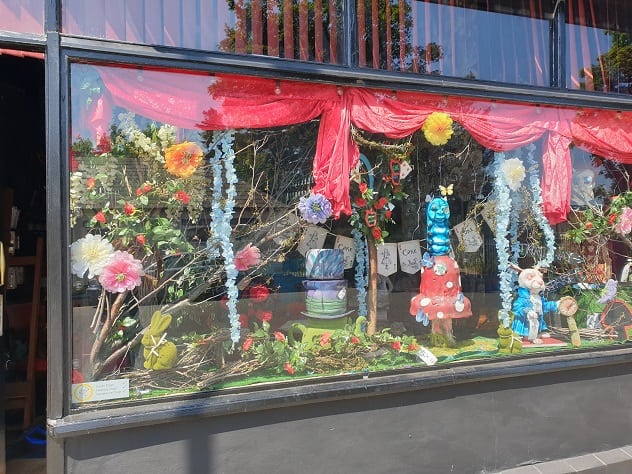 The models are made of polystyrene and fondant. Nicola’s preferred material, modelling chocolate, could not be used as it would simply melt in the heat of the window.

Nicola said: “Fondant is very spongy so it is hard to get the detail on faces but the modelling chocolate would just have melted.

“I had to use what I had so a lot of the polystyrene was just random scraps. I obviously went with the dark version of the tale as Disney just isn’t me. It had to be Tim Burton!”

Shoppers will be able to see added details such as the White Rabbit’s working watch, the solar powered fluttering butterfly above Absolem’s head and  the Cheshire Cat’s spinning head!

Little Brown Fairy Cake reopens Tuesday between 10am and 2pm. Cupcakes, Brownies, Blondies and drinks will be on offer to take away.