Fancy dress was taken to the next level in Garlinge last night (May 28) for the last official Clap for Carers event.

The Bradbury family – -mum and dad Chris and Lesley, daughter Ashleigh and son Nick plus Ashleigh’s partner and also Nick’s partner Scott Williams and dog Red – went out on a high by donning outfits for The Wizard of Oz, including the yellow brick road!

The family have worn an assortment of outfits over the ten weeks that people have been taking part in the clapping for carers every Thursday night. 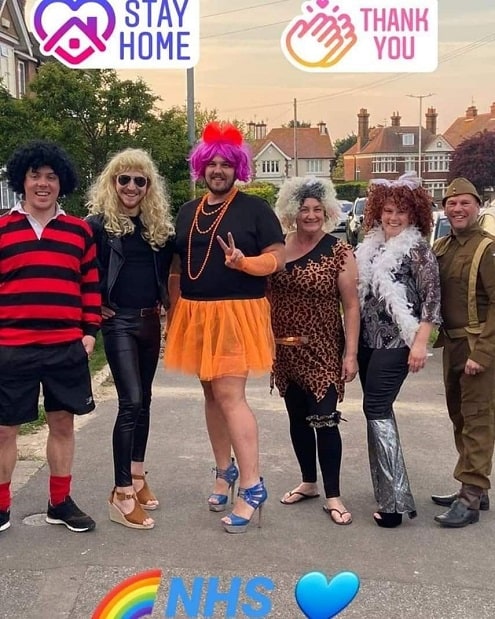 There have been Vikings, soldiers, St Trinians, superheroes, a bit of 70s disco fever and Red has been a lion, but last night’s showing was the icing on the cake with the tin man, cowardly lion, scarecrow, Dorothy, the wicked witch, ‘Toto’ and the genius yellow brick road. 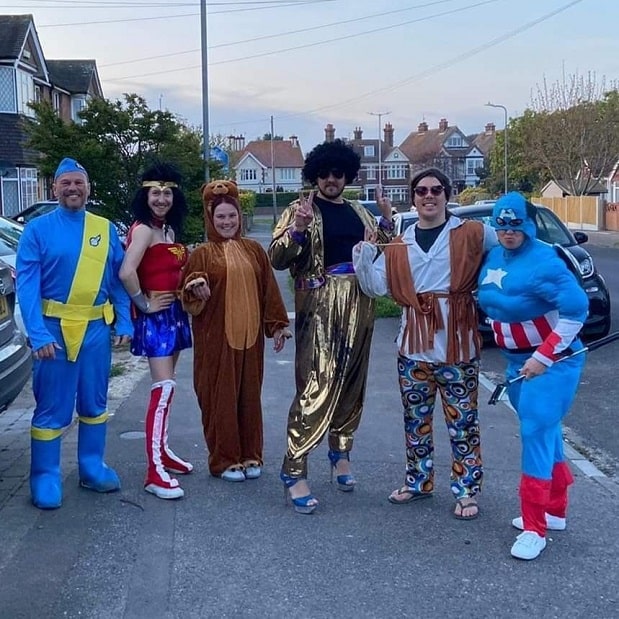 During the day ambulance staff also received personal thanks when United Cars driver Shane Keeler delivered a special cake to the ambulance crews in Haine Road.

The cake was created by Sarah’s Kitchen based in Herne Bay. 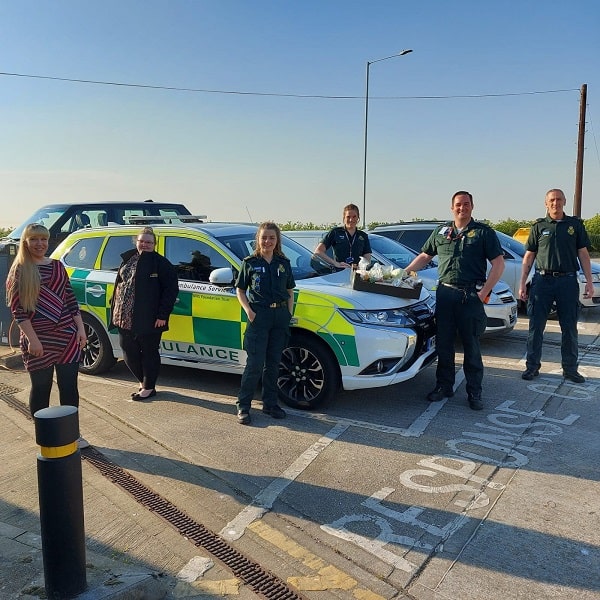 One of the ambulance crew – Dave Stanley – used to be a driver at United Cars before going back into the NHS, previously working in A&E.

United Cars staff member Danielle Warrington said: “We are very proud of Dave and all the paramedics at the ambulance station. 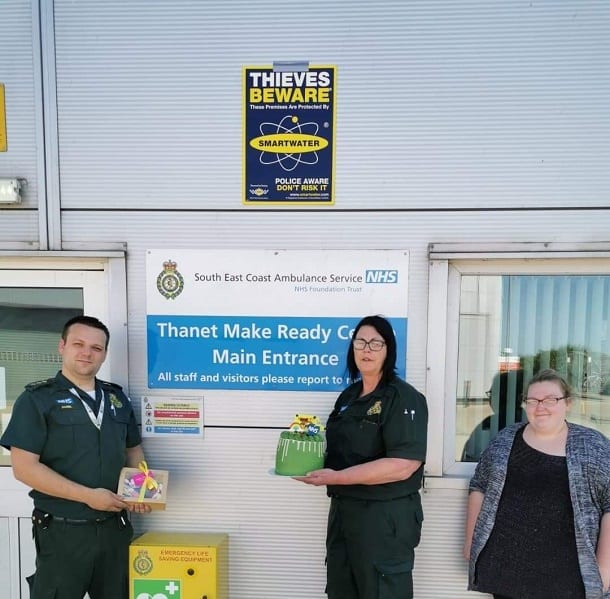 “Sarah’s Kitchen gave United Cars a discounted cake rate as it was for the NHS and also donated a box full of sweets to keep the crews on a sugar high.. United Cars also donated food parcels to different care homes in Thanet, including Wantsum Lodge in Ramsgate.”

The cake was paid for by Shane and admin staff at the cab firm while food parcels were funded by the company’s director  Irfan Arif  and delivered by Shane, Danielle and driver Vita. 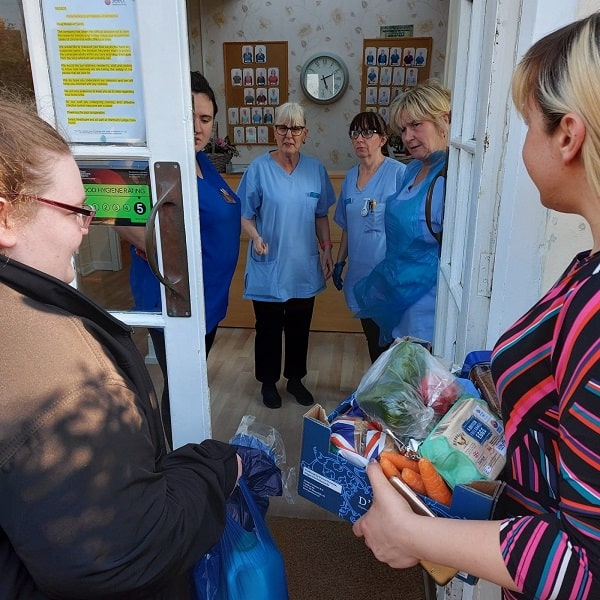 Danielle added: “We have been prioritising all NHS staff when booking taxis and will continue to prioritise any NHS staff travelling to and from work after the pandemic.”

The Clap for Carers event began on March 26 after being set up by Annemarie Plas. Despite it being declared as finished, some residents say they will continue for a while longer.