Staff from Quex Park Estates, the Open Spaces team at Thanet council and the Isle of Thanet Tree and Woodland Initiative have ‘adopted’ 14 cherry trees in Dane Park for the Summer.

Sixteen trees were planted under an initiative by the Colourful Margate group which crowfunded in 2018 for five and then raised money for a further 11 later the same year.

The scheme for trees and wood carvings at the park had 60 sponsors raising more than £3000 in three months, including a donation by Cllr Barry Lewis of £1,000 from his county council grant.

During the lockdown there had been difficulties watering the trees and sadly two have died, one due to vandalism last year.

Residents and volunteers had carried water to the park last week attempting to water the trees each day and an appeal for water guardians was put out on facebook sites including Thanet Tress and Friends of Cliftonville Coastline.

Then Quex Estates stepped in yesterday (May 27), bringing a 10,000 litre water bowser to the park.

A Thanet council spokesperson said the Open Spaces will carry out watering on Mondays and Quex Estate and ITTWI will undertake watering on Thursdays. 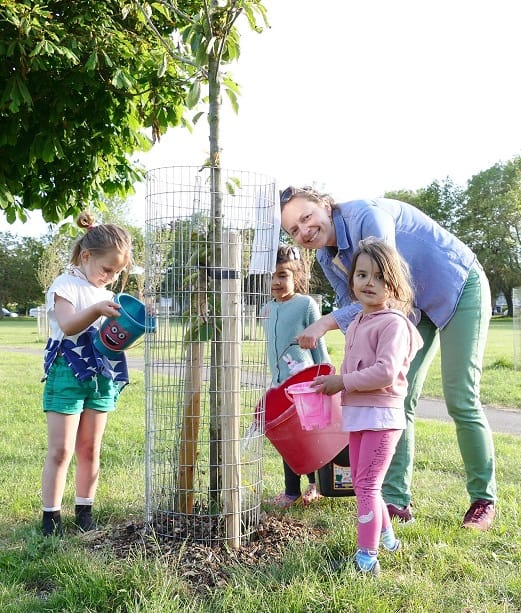 Stephanie Nsom, who launched the cherry tree project, said: “We want to thank the team from Quex Park Estates for their commitment to water our cherry trees in Dane Park throughout the Summer months, especially those that were entirely funded by the community.

“We also thank the Open Space Team from TDC who have confirmed to continue their support for the maintenance of those first cherry trees in the park. 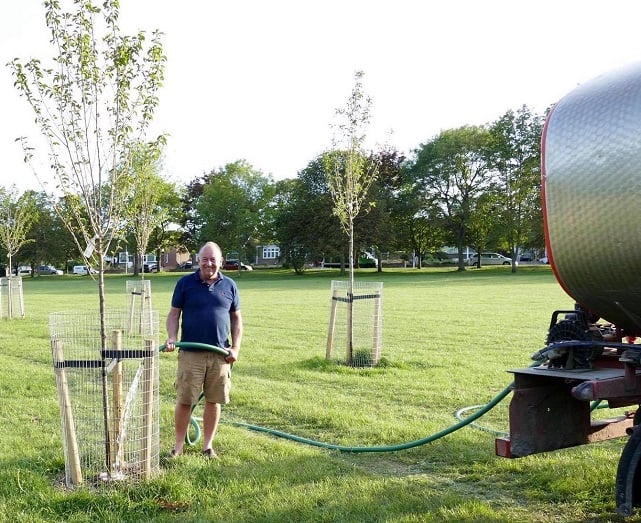 “It was difficult when we started the cherry tree project in 2018 to fundraise and get broad support, but now it is heart-warming to see more and more residents stepping up and caring about the trees and Dane Park. I am excited about my vision from 2018 of creating a cherry blossom destination in Margate becoming a reality; together with many partners and supporters.” 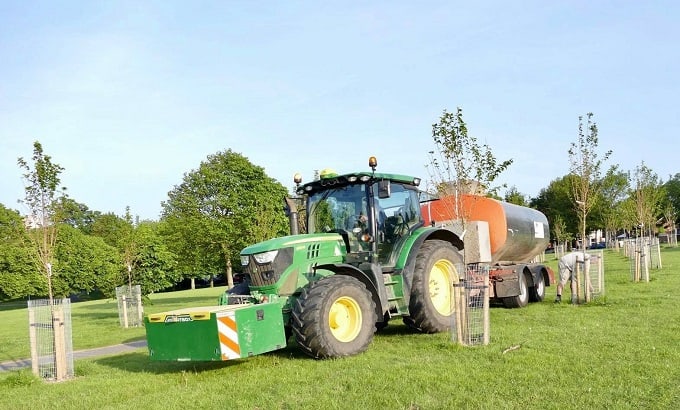 Peter Hasted, from ITTWI, was initially approached with an offer to help maintain the trees, alongside 100 belonging to ITTWI including those recently planted at Dane Valley Green.

He said: “Watering over the last couple of weeks has become quite challenging, I have been inundated with enquiries and requests to water trees, probably due to so many people on furlough at the moment giving them more time to notice the trees.

“Having to contractually deliver over 32,000 litres every week is very time consuming when it takes just as long to fill the water tank as it does to empty it, so imagine my relief when I was approached by Anthony Ellis, a contractor, who offered to help. 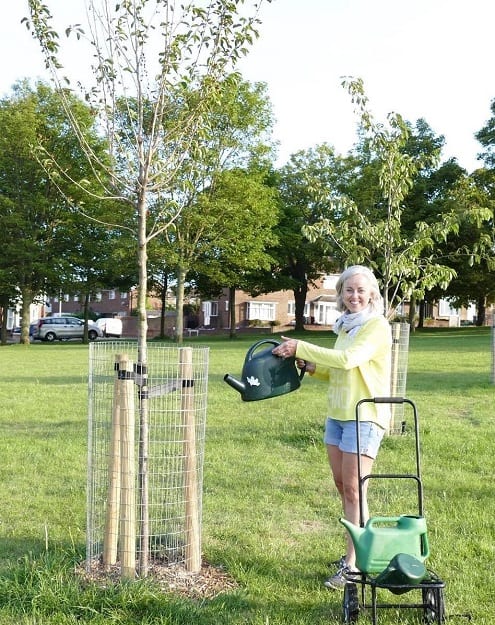 “Able to supply his time and a tractor he’s teaming up with David Whithead, the farm manager of Quex Park Estates, which has a 10,000 litre water bowser with the water being extracted from the farm’s bore-hole water supply.

“Between them they are able to deliver 10,000 litres of water per visit. Anthony was disappointed he wasn’t able to help with the initial plantings but really wanted to help ITTWI and the community. 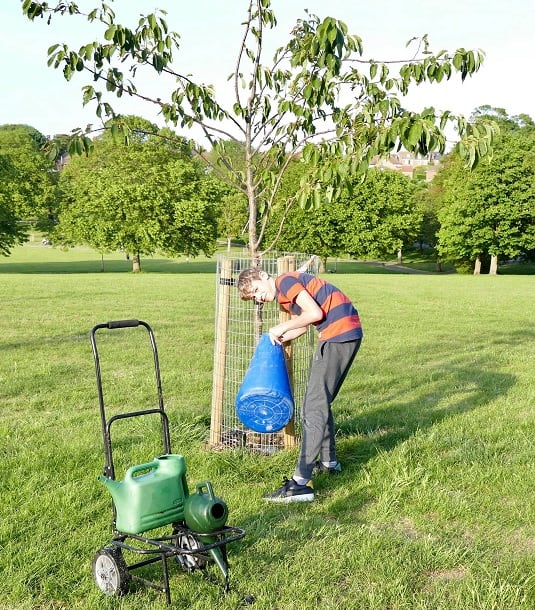 “When he realised the ITTWI team was struggling with watering and he had the opportunity to help, he made a plan with Mr Whitehead who was ‘happy to be involved’ and got in contact.” 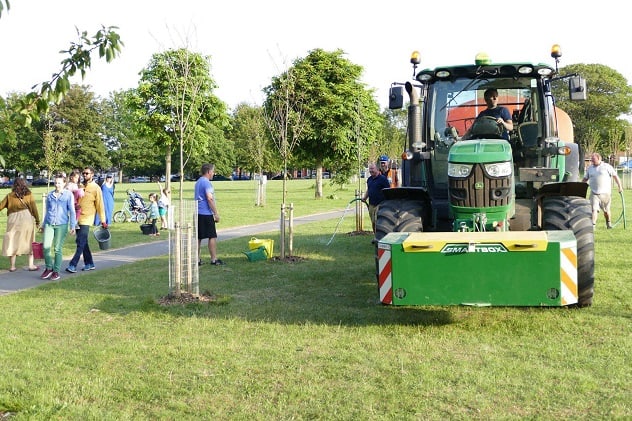 Anthony, David and Peter met in the park yesterday evening and, with Colourful Margate, community volunteers and dedicated tree planter and wildlife enthusiast Elliot Brown, worked to give all 114 trees a good drink.