Local historians Benedict Kelly and Gerald Tripp, from Ramsgate, have written a new book titled  The Montefiore Estate and The Village of Hereson.

The book charts the history of land which was formerly owned by Sir Moses Montefiore and once covered a part of Ramsgate’s East Cliff.

The book recalls that Hereson was once a village – separate from Ramsgate.  There was a village green, pub, shops and a windmill  that was positioned at the top of Honeysuckle Road.  The ownership of houses on Hereson Road are looked at individually as are the properties around the Honeysuckle Inn. 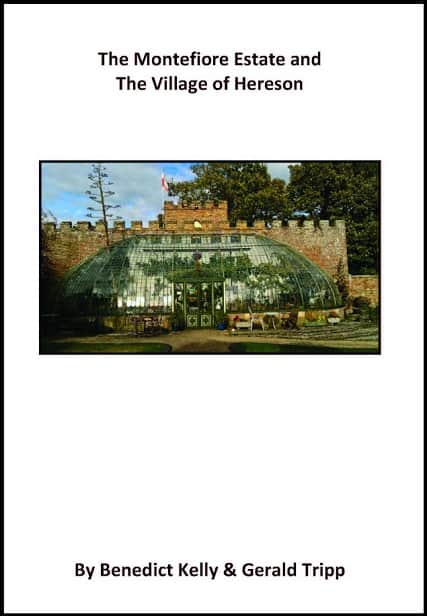 The book could almost be described as the Jewish history of Hereson, as Ramsgate Montefiore Heritage members, Benedict and Gerald reveal that from 1850 to 1950 there was significant Jewish population living in this part of Ramsgate.  There was a Jewish boarding school that was open to Christians – the site of which is now a Tesco’s supermarket.  There are also, never seen before architect plans of the Montefiore College (now the Montefiore Medical Centre).

The authors thanked Mick German of MPG Properties for his sponsorship.

Their current book is A4 size and contains 245 pages.  It is priced £15 and can be bought from:  http://www.eastcliff.co.uk/Books.htm