Broadstairs mum-of-four Gemma Griffin is terrified of heights but will plunge 10,000ft from a plane in September to raise money for a charity helping children and families affected by cancer.

The school family liaison officer has been inspired by son Ellis, 12, who was diagnosed with rare bone cancer osteosarcoma last December after discovering a lump on his knee the previous month.

Gemma said: “I wanted to do something huge. I thought of Ellis and all the other children currently at Great Ormond Street who are terrified but they just do it. It made me think what I was scared of. I hate heights, I cry on an aeroplane, but I thought if children like Ellis can do what they do every day, facing their fears, then I can do this skydive.”

Dane Court student Ellis discovered a lump on his knee last November. Initially the family were told it was growing pains and then faced a three week wait for an appointment until mum Gemma forcefully asked to be seen as an emergency. 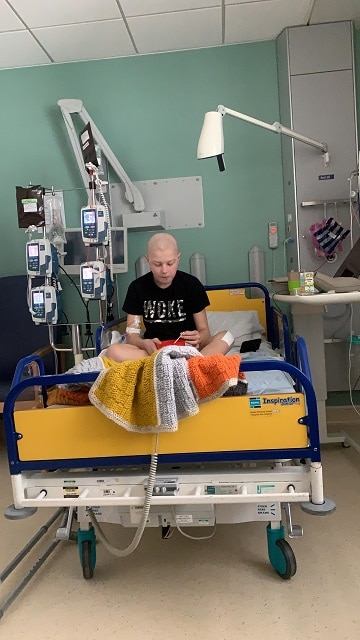 She said: “The lump had got bigger and bigger. Ellis couldn’t walk and was off school. Eventually he was sent for a scan and had an X-Ray at QEQM. The next day he was referred to London’s sarcoma team.”

The youngster underwent a biopsy at Stanmore hospital and started chemotherapy in January.

On March 17 he returned to Stanmore for an operation where 20cm of thigh bone,shin and knee joint was removed and replaced with a metal rod which bends and will ‘grow’ as Ellis does.

That op meant he would be expected to use a wheelchair, with patients generally not being able to walk for 12 weeks.

Gemma said: “Ellis was riding his bike after just nine weeks! He stood the next day and was walking up the stairs by day three. He is so determined.

“With covid it has been harder because we can’t see family and he wants to go out for a walk but we can’t because there are so many people about that it is dangerous. 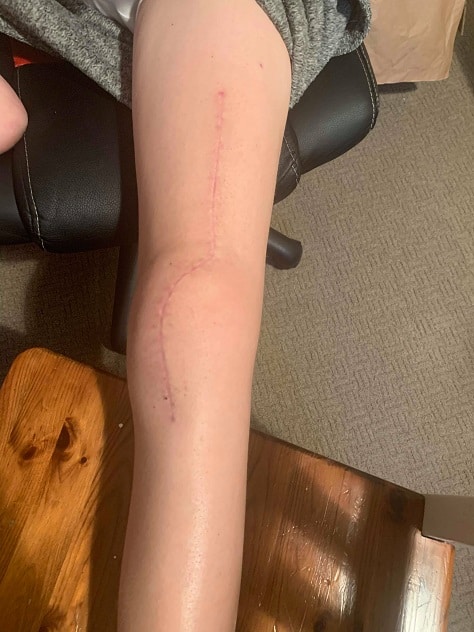 “But he is brave in ways I can’t fathom. I am in awe of him. Whatever he gets thrown at him, he gets up, straightens his cap and carries on- like a boss.”

A low blood count means Ellis needs tests this weekend to decide if he will need a blood transfusion. Despite this he is recovering well. The chemo, which must continue until August, had already killed 75% of the tumour, averting the possibility of Ellis needing an amputation.

Gemma said: “He seems to be responding really well. When he finishes on August 1 Ellis wants to go swimming because he will have his PICC line (intravenous tube) out and he wants to visit Kearsney Abbey.”

Gemma, who had her own thyroid cancer diagnosis in 2013 and underwent a biopsy, two operations, radioactive iodine therapy and has to take tablets for the rest of her life, says the money from the skydive will go to Clic Sargent– a charity that supports young people and families facing cancer. 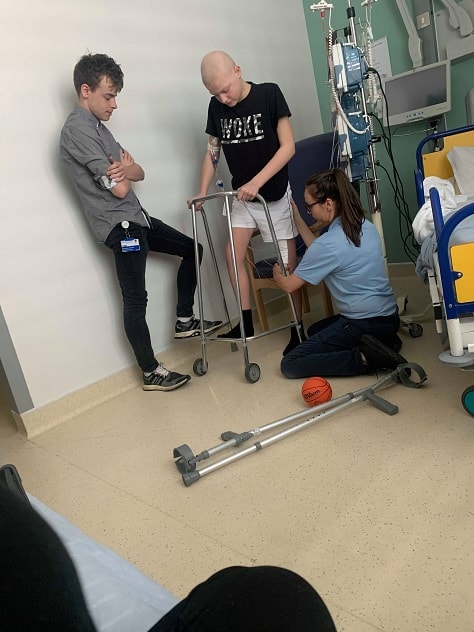 She said: “Clic Sargent has supported us from the beginning and our support worker Becky is literally a lifeline. They are amazing but with covid many have been furloughed, a lot of families have been left without that support and we do not know if people will be made redundant. I don’t know how we would have coped without them so I wanted to do something that would make a real impact.

“I can’t imagine not having Becky and the CLIC Sargent team by my side during our journey and it’s horrible to think that if they lose more income, they might not be able to help others like us.”

Gemma will make her leap for Clic Sargent on September 13 at Headcorn airfield in Maidstone.

To donate go to her justgiving link here