Thanet beaches could be among those left unprotected this summer unless the government includes beach lifeguards in its job retention scheme.

Lifeguards who would usually be patrolling beaches across the county this summer say they may be forced to find work elsewhere because they are not eligible for furlough payments – meaning they will not be able to take up their posts when lockdown restrictions are eased and the public begin to flock to the coast.

More than 600 professional lifeguards have come together as the UK Lifeguard Solidarity Group to launch a campaign called Return to Shore to petition the government to tackle the problem.

When operations were halted on March 23 due to the restrictions on public life, lifeguards across the country sought an extension of the furlough scheme to include those seasonal members expecting to return to work during the spring and summer months.

But this was declined and in April the Treasury issued a statement saying any lifeguards impacted financially due to the pandemic should apply for Universal Credit in the interim. 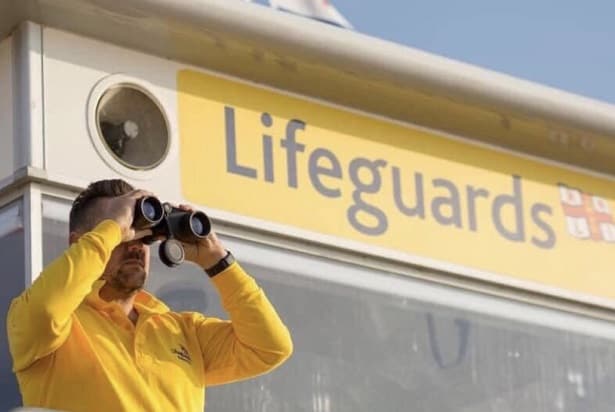 The Lifeguard Solidarity Group says the government has formally recognised lifeguards’ roles as ‘crucial’ but has made no provision to protect them and, as such, many qualified and experienced lifeguards have been forced into hardship by the lack of support and an extremely restricted jobs market. This means many are now seeking additional employment to provide for their households.

RNLI Lifeguard Supervisor for Thanet & Swale Stuart Cattell, from Margate, said: “With the prospect of restrictions being at least partially lifted by the time summer begins, our worry is that our beaches will see record numbers of families and other visitors flocking to the Kent coast after so long at home.

“It will be a real struggle for lifeguards to be able to be ready to provide any kind of lifesaving service without financial support being available for them now.

“Training to be a lifeguard is tough. You need to understand the dangers of the sea and the coastline, be physically fit enough to rescue people in rough water, be competent in advanced first aid and, as a Supervisor, I have to ensure that I have a strong team of returning, experienced guards so they can plan and lead patrols and rescues.

“If experienced lifeguards have to take other work to keep their heads above water now, it will be very difficult to replace them in time. We want to be there to keep people safe on Swale and Thanet’s beautiful beaches when restrictions are lifted.

“We want to support our coastal communities by ensuring that beaches are safe for visitors to enjoy once they’re able to book seaside trips once again.”

In Thanet beaches at Botany Bay, Joss Bay, Broadstairs (Viking Bay), Margate (main sands), Ramsgate (main sands), Stone Bay, Westbrook, St Mildred’s, West Bay and Minnis Bay beaches have a lifeguard service running from the end of May to the start of September, although times vary across some beaches.

This builds to peak coverage by July with around 240 beaches across the UK being covered with the lifesaving service.