Three Thanet schools could expand as demand for special needs places continues to surge across the district.

More than 40 new spaces for children with autism are likely to be created in Kent County Council’s £1.5million extension plans, including 32 at two Thanet mainstream schools.

Under the proposals, £75,000 will be spent on refurbishing Broadstairs’ Stone Bay special school to accommodate a reception class of 10. The cash will also finance a new care suite and outdoor play area.

Stone Bay’s headteacher, Paula Miller, said: “I am fully supportive of the proposal and believe that the benefit to pupils of starting their education at a younger age would be considerable.”

Her comments were published in a KCC report two weeks ago which revealed that the age range of Stone Bay will likely increase from five to 19 to now include four-year-olds.

If approved, the number of pupils studying at the Stone Road school would rise from 80 to 90 places in four months’ time (September 2020). This would help to address current pressures for special needs reception places in Thanet, according to a KCC report.

Stone Bay school’s proposal comes amid a significant growth in the number of children and young people, aged up to 25 in Thanet, who have an education, health and care plan (EHCP). 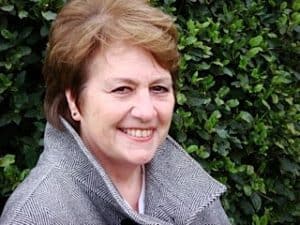 Broadstairs county councillor Rosalind Binks (pictured), who represents the area where the Stone Bay is sited, supports the move.

She said: “If Stone Bay school has capacity for this, I am very much in favour of extending the age range to provide a Reception year for younger children.”

Margate’s Garlinge Primary School and Nursery, in Westfield Road, could be extended to cater for an additional 16 students with autism.

Another 16 spaces for youngsters with autism has been planned for Holy Trinity and St Johns Church of England Primary School, in St John’s Road, Margate.

Around £532,000 will be used to refurbish a former nursery on the Holy Trinity and St Johns school site to provide more space.

A KCC report adds: “Autistic spectrum disorder (ASD) remains the most common primary need type in Kent with 40% of young people aged 0 to 25 having an EHCP with this primary need identified. This is significantly higher than the national figure of 29%”