As the nation prepares to virtually commemorate VE Day, campaign group Goodwin Sands SOS will be launching a social media broadcast to raise awareness of the World War Two graves in the Goodwin Sands and the threat they say is posed by plans to dredge the site.

A list compiled by Dave Brocklehurst MBE, curator of Kent Battle of Britain Museum at Hawkinge, details 80 aircraft and more than 100 air crew from Britain, Poland and Germany that went missing in the area around the Goodwin Sands between May and November 1940.  This list has been verified by the Air Historical branch of the RAF. 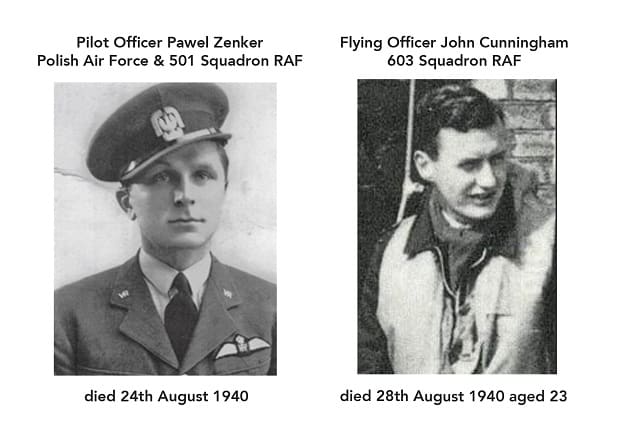 SOS campaign co ordinator Joanna Thomson said: “There is a principle at stake here.  On the one hand we are paying our respects to all those who died during World War Two and yet at the same time a local company has been granted a licence to mine sand from an area known to contain over 100 war graves. Digging up a Commonwealth War Graves Commission graveyard would be unthinkable, so why are the Goodwin Sands any different?”

The remains of potentially four aircraft crash sites have been discovered on the edge of the proposed dredge zone by Ramsgate diver Vince Woolsgrove but the campaigners say Historic England nor the Ministry of Defence have made moves to identify them.

All such crash sites are automatically protected under The Protection of Military Remains Act which makes it illegal to disturb or tamper with them in any way.

Fiona Punter also of SOS said “The proposed dredge zone contains 51 anomalies, any one of which could be part of a shipwreck or aircraft crash site but no effort has been made to identify them.”

One of the RAF aircrew listed as missing around the Goodwin Sands is Pilot Officer Keith Gillman of 32 Squadron based at RAF Hawkinge.  The former Dover Grammar School boy crashed in an unknown location around the Goodwins in his Hurricane on August 25. 1940, aged just 19, one week before his photograph was published on the front cover of Picture Post.

SOS has carried out research on the missing British air crew, which includes Squadron Leader Philip Hunter DSC of 264 Squadron, who earned a reputation as a fighter ace and attended Kings School in Canterbury.  Squadron Leader Hunter was last seen heading out to sea in his Defiant in pursuit of Ju 88s following an attack on RAF Manston.  He and his fellow crewman Flying Officer Frederick King were never seen again. 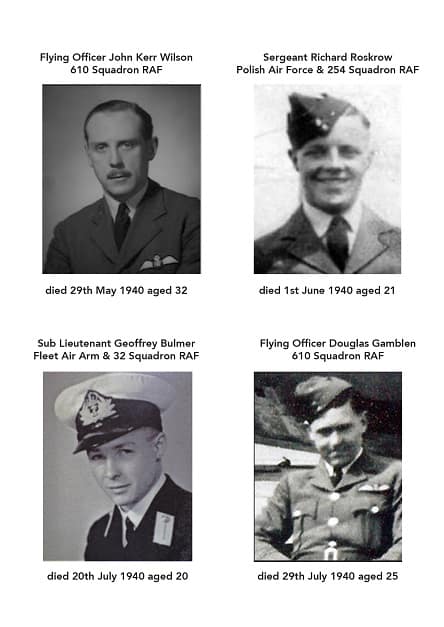 The group also traced the relatives of Flying Officer Jack Kerr Wilson who died in his Spitfire N3289 during the Evacuation of Dunkirk on May 29, 1940.  His nephew Richard Kerr-Wilson visited Kent in 2017 to make a programme with BBC SE and throw a wreath into the sea around the Goodwins in memory of his uncle and all those who perished in the area during World War Two. 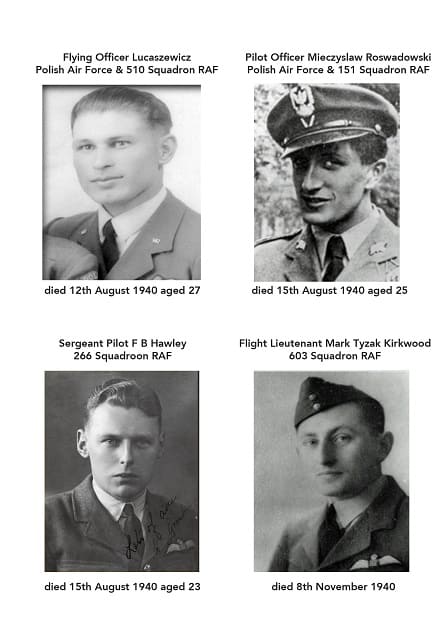 In 2018 the Marine Management Organisation (MMO) approved an application for the dredging of the Goodwin Sands by Dover Harbour Board.

DHB will extract 3 million tonnes of marine aggregate, which will be used for land reclamation on the Dover Western Docks Revival (DWDR) project.

On its website DHB says: “Marine aggregates form the building blocks of modern day life. They’re used to build homes, offices, shops and roads. There are billions of tonnes of marine aggregate just a few miles up the coast from Dover – the Goodwin Sands.

“The Goodwin Sands have been dredged extensively for commercial use since the Second World War; for example, twice the volume we require for the development was used in the construction of the Channel Tunnel.”