A Margate mum has praised ‘brilliant’ QEQM Hospital staff after her 11-year-old daughter fell ill and was suspected to have contracted coronavirus.

On Thursday her temperature had risen to 39 and Cheyenne gave her Calpol to try and bring it down. But then the Cliftonville primary pupil complained of a bad throat, chest and stomach pains and was both cold but sweating.

Cheyenne, 30, said: “I called 111 for advice and a doctor called back and said bring her straight in to be checked.

“We thought she has tonsillitis. When we arrived at accident and emergency we were taken through to the children’s area and staff asked us to put masks on. They were wearing standard masks and aprons.”

While staff were assessing Tallyn her temperature began to rise and she started to hallucinate and at that point it was suspected she may be positive for Coronavirus.

Cheyenne said: “The staff started changing their PPE to more solid masks, full body aprons, eye protection and shields over their faces, you could literally just see their eyes. “I started to get very panicky and Tallyn did as well but the two girls dealing with her were amazing, saying they were dressing up like storm troopers and they even did a little dance pretending to be Darth Vader .

“One of the girls was taking Tallyn’s bloods and Tallyn became very confused and upset. She was crying and saying they were taking all her blood and were going to send her to Heaven. The nurse got a little emotional and pretended to put the blood back in.” 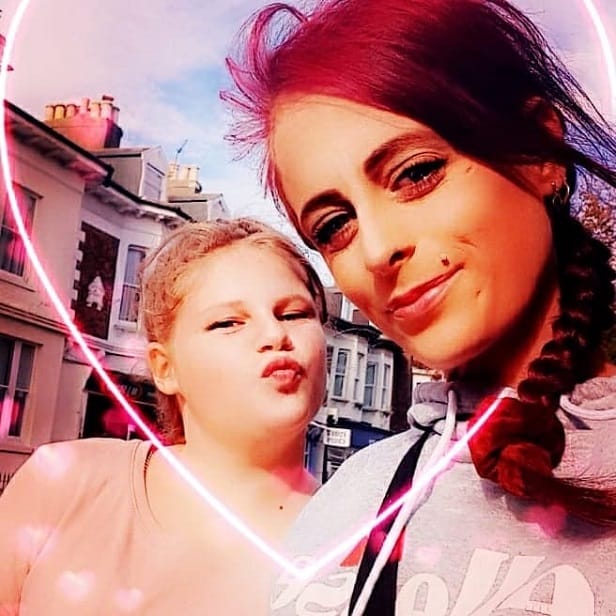 Staff carried out an X Ray on the youngster’s lungs, which revealed she had pneumonia, and then she was tested for Covid-19.

Cheyenne said: “It all became a bit more real. They said that we couldn’t leave the room or go outside.

“Inside I was panicking like crazy not only because my baby girl sick with possible Covid-19 but I’m also high risk due to being 26 weeks pregnant and having a low immune system.

“It all got very real very quick.”

Tallyn was given antibiotics and paracetamol and then, once on a ward, she was given an oxygen mask. Further investigation revealed the youngster also had sepsis.

Cheyenne said: “They made the decision to act straight away and treat her for pneumonia, sepsis and covid-19 . At one point she was really poorly, waking up screaming and hallucinating in the night and trying to pull her IV out.

“I’ve never felt so useless, not being able to help her, but thanks to the amazing staff and their quick responds by Saturday afternoon she was already showing signs of improvement, had come off the oxygen and was properly awake and alert.”

The Covid-19 test proved negative although staff told Cheyenne  it couldn’t be determined whether the virus had in fact been present and resulted in the onset of pneumonia and sepsis.

The youngster is now on the mend and could even be allowed home today (April 12).

Cheyenne said: “Tallyn is definitely over the worst of it. They have managed to stabilise her temperature and she has just had more blood test to be done to see if her blood score has gone down. 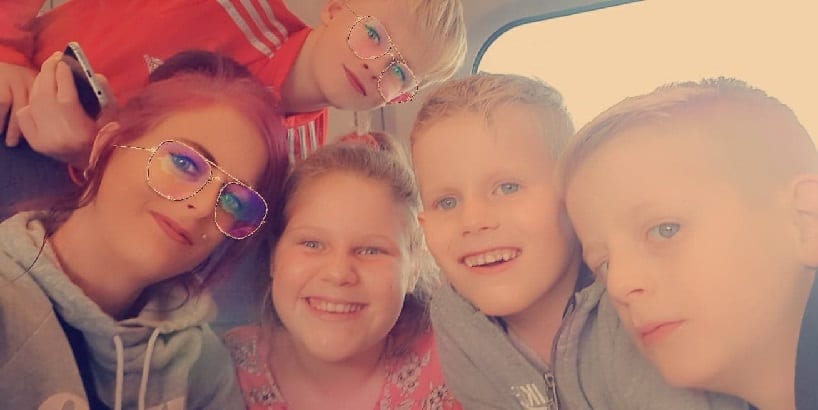 “She is waiting for an ultrasound on her tummy to double check there’s nothing else going on If all of this comes back ok she will be able to move on to oral antibiotics instead of injections and with close monitoring she may be allowed home later today.

“If the results don’t come back ok then she may have to remain in hospital for antibiotics treatment.”

Cheyenne says she hopes other people will not be afraid to seek help if they need to, whatever the illness may be.

She said: “I would like people to be aware that even with Covid-19 there is still other stuff still out there.

“We were in two minds whether or not to take Tallyn to the hospital because of the risks of covid, originally thinking she had tonsillitis, but it is lucky we did bring take her when we did as within two hours of being in hospital she was  hallucinating due to her temperature and could of starting having fits and been even worse.

“Words can’t express how amazing the staff in Margate hospital are.”

UPDATE: Tallyn has been allowed to go home and will return to QEQM on Thursday for a further blood test.