Despite a campaign and fundraisers, regulars at the Northern Belle in Margate have not been able to save the art mural wall in Mansion Street which is now being demolished.

In 2017 the campaigners enlisted the help of celebrities who had their photo taken at the wall. The art was created in Summer 2016 and depicted life-sized figures of landlord Ray Summers and several regular patrons at the Northern Belle, which is Margate’s oldest pub dating back to 1680.

Each of them has visited the wall in Mansion Street and had their photo taken with the mural.

Northern Belle landlords Ray and Sharon Summers, Margate author Terry Maynard and pub neighbour Sandra Bellingham were some of the campaigners hoping to stop developers from demolishing the wall as part of plans for between 10 and 11 flats and a shop at the site. 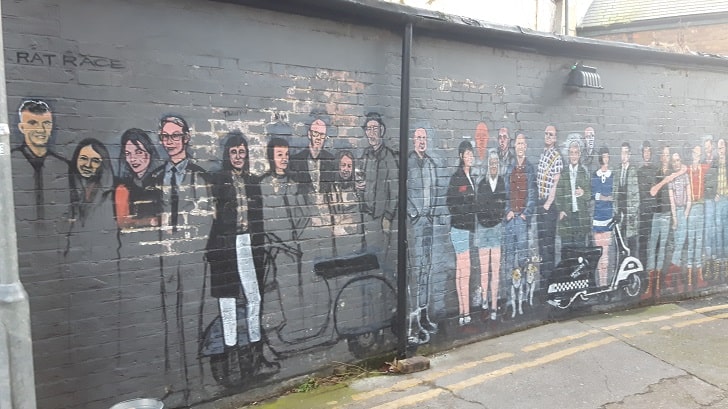 Among those painted were two people who have now passed away, including Margate resident Debbie Murray who was only 53 when she died.

Application to demolish the site 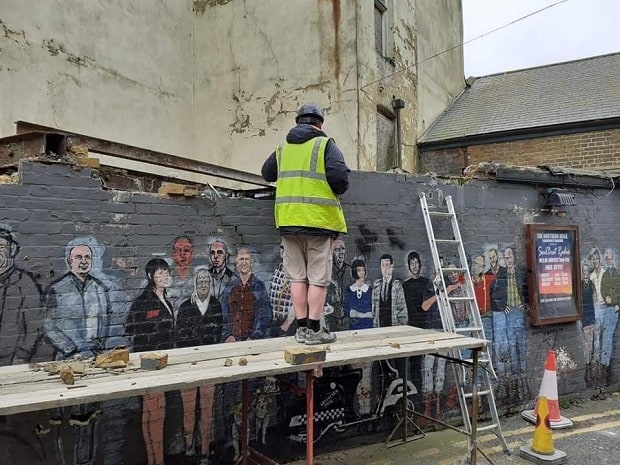 Plans to demolish existing buildings and construct a block of 11 flats at the site were refused permission in August 2017. The application was also dismissed at appeal.

However, plans for 10 flats at the site were given the go ahead in 2016 and the wall is now being  knocked down and is expected to be the site of a planned bin area. 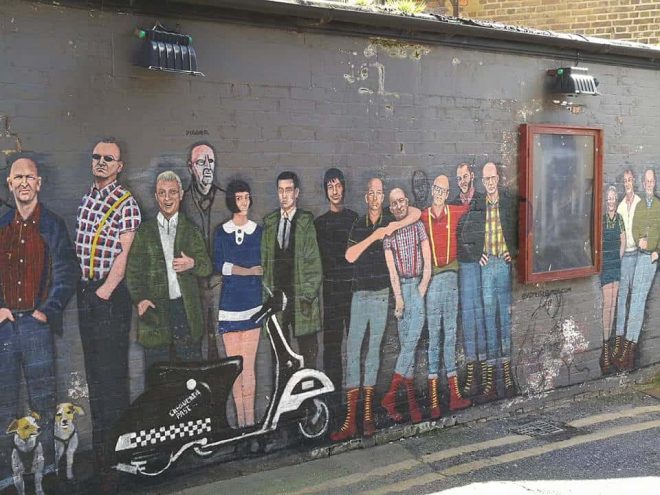 The wall, which features an array of Mods and Skins in the montage, was left unfinished by the original artist.

Landlady Sharon is now keeping the heads from the mural as a memento.

Campaigner Sandra branded the demolition as a “destruction of Margate art,” adding: “This is demolition at its worst and we lose a bit of Margate heritage artwork.”