The Roman occupation of Britain has been investigated by history adventurers from Upton Junior School in Broadstairs.

Year 4 pupils have researched the heritage and culture of the Roman Empire and its impact on these shores as part of their latest topic work.

On a trip to the Roman museum in Canterbury, they got the chance to take part in a technology workshop from the period, where they learnt about cutting edge technology in underfloor heating (hypocaust), minted their own coins (denarius), and fired mini catapults (onagers). 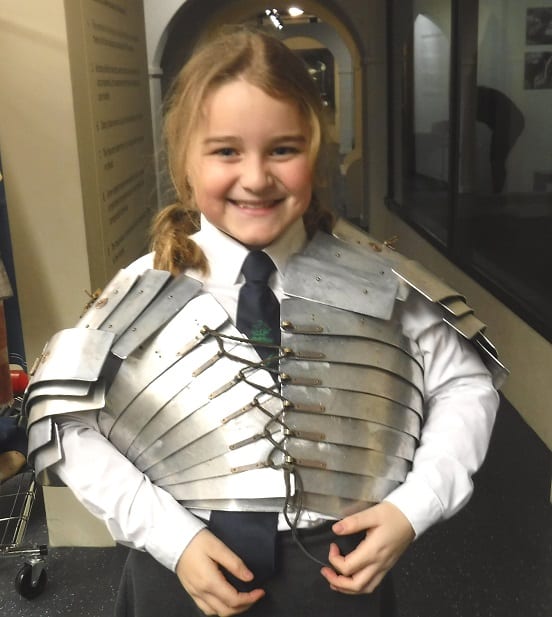 They also explored everyday life and investigated a range of archaeological artefacts that were excavated when the Whitefriars shopping complex was being built in giving them the chance to ‘get hands on’ with some very local history.

A visit to Upton by the KIC Theatre explored the Roman invasion through drama, from the landing at Richborough where tents were pitched and defences erected to keep the Celtic hordes at bay. With a foothold in Britain, the Romans began to build roads and where the roads met, at crossroads, markets (‘forums’) sprung up. 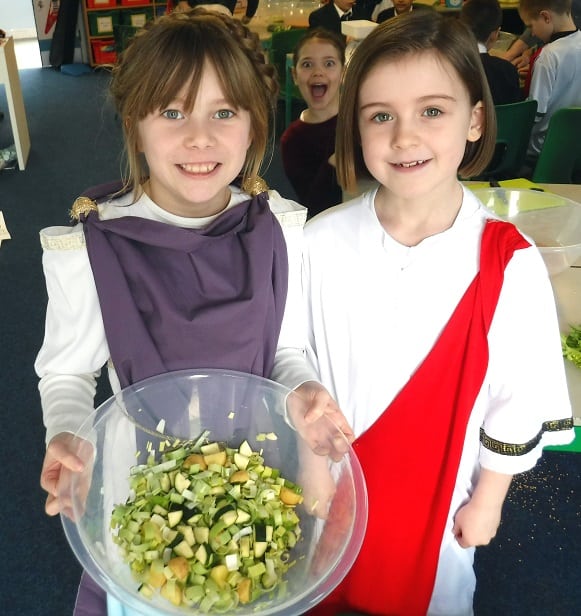 Head of Year 4 Tom White explained: “Pupils acted out selling Romans wares, including pottery, jewellery, bread, fruit and veg, meat and fish and Roman delicacies like roast dormouse. The session finished with a nice relax in the local baths (‘spa’) and a session in the gym (‘gymnasium’).

“Long nights patrolling Hadrian’s Wall could get cold and Roman centurions would need something warm and nourishing. As part of their Wow Day on the topic, boys and girls made a Roman soup with a range of traditional ingredients including leek, celery, barley and lentils. 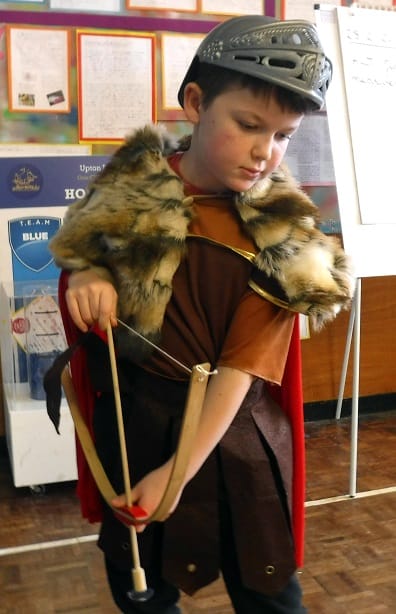 “Although the Ancient Greeks were the first to crate mosaics, it was the Romans who really took them to heart and made them part of their homes. The Year 4 team learnt how mosaic floors were a statement of how wealthy and important you were; the bigger and more detailed the mosaic, the more impressive. 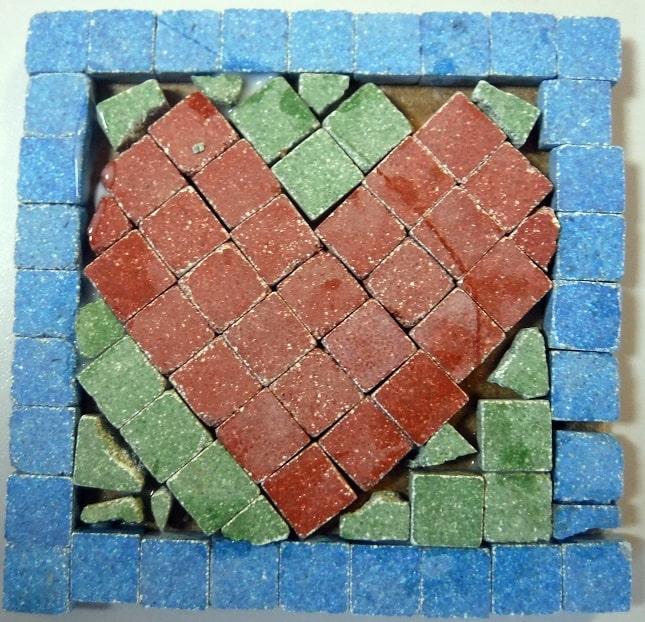 “Using and developing on existing plans, they got the chance to make their own mosaic designs using Roman tiles (‘tesserae’).”

And to top it all off, Year 4 made a stunning discovery – underneath Upton’s school field there are “Roman remains”. Aerial photographs – possibly digitally created by Mr White – seemed to show a crossroads surrounded by a number of possible buildings. 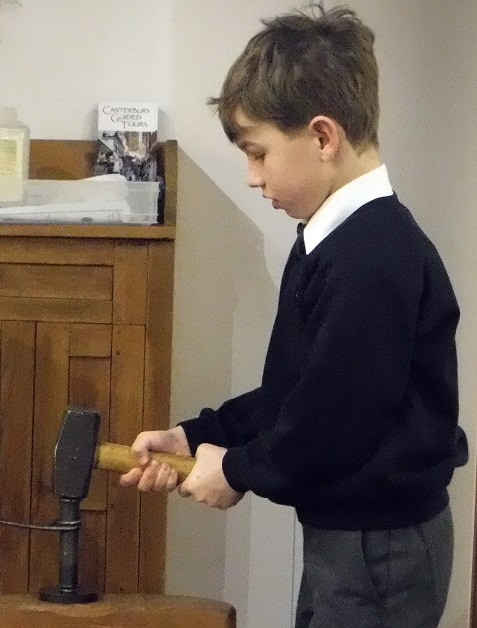 Children used compass skills and a trundle wheel to find the cross roads – X marks the spot. From this central point, groups set off with a compass, trundle wheel and a set of cones to map out eight possible Roman buildings.

Head of School Darci Arthur said: “Exploring the way that the Roman civilisation impacted on Britain is a fascinating part of our history. The informative and entertaining Year 4 programme of events really brought learning to life for our pupils who had a great voyage of discovery into history.”