The Triple A Radio team at Newington Community Primary School in Ramsgate has been nominated for a record four awards in a national competition.

Music teacher Warwick Eldred said: “Our radio crew and the whole school are thrilled to receive these nominations for the radio industry’s Young Audio Awards 2020. It is a brilliant recognition of the quality of the work that we produce.”

The ceremony is at the BBC Radio Theatre, London, on March 27. The awards were created to celebrate the best in upcoming radio talent and will be presented by the Radio 1 weekend breakfast team, Matt Edmondson and Mollie King, and KISS FM’s Swarzy and Tyler West.​ 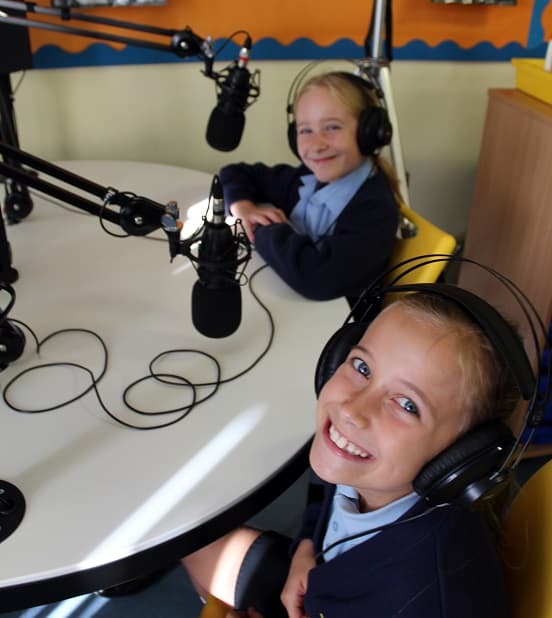 The awards have been described as the ‘Oscars’ of the radio industry and the event’s official website states: “The judging panel, which comprises experts from across the radio and audio industries, including those who work behind the scenes and on-air talent, were looking for passion, enthusiasm, and in-depth knowledge from entrants, as well as skills including script writing, presenting, news-gathering, and editing and producing. Awards will also be given out for educational and technical achievements.”

Triple A Radio which produces regular radio and video shows – known as ‘vadio’ shows – are featured in these categories.

Most Innovative Team; Best Use for Education; Best Podcast for their Remembrance assembly special); and Primary School Radio Station of The Year.

It follows Newington’s spectacular success at last year’s awards where they triumphed in two categories – Achievement in the Community; and Best Use for Education sponsored by schoolradio.com. 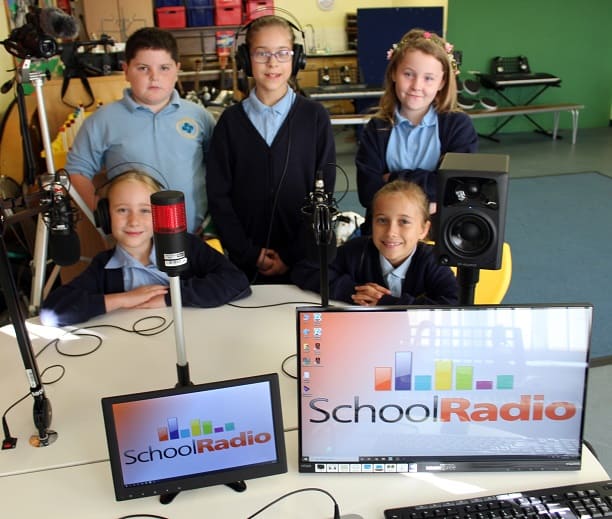 Among their prizes was a £6,000 state of the art compact radio recording studio which is based in the school’s music room.

Mr Eldred said: “We are so thrilled to be invited back to the BBC Radio Theatre to attend this amazing event.

“Because our programmes are pre-recorded, even the shyest pupil can take part, and this is the true magic of radio. To be entered into four different categories is an amazing achievement, and whatever the results on the day, we can have pride in everything we have achieved so far.”

Newington CPS Head Teacher Cliff Stokes said: “This is a fabulous achievement by our children and staff. Triple A Radio is a great learning resource and it encourages a range of skills from technical production and performance to communication and teamwork.

“We are all rooting for them at the awards – but they are our radio champions whatever the outcome.”

Triple A stands for Ambition, Achievement and Aspiration, the Newington school ethos.