I’m reporting from the Corona capital of Spain — the holiday resort of Adeje in Tenerife.

Three of us planned a winter break. The idea was three weeks in the sun with some adventures.

First we were going to the highest hotel in Europe on Mount Teide — one of the biggest volcanoes in the world and three times the height of Ben Nevis.

Then to El Hierro, the smallest and most western isle of the Canaries and (probably) the smallest hotel in Europe, but certainly the most spectacular, Hotel Punta Grande. It was built on the lava flow which reached furthest into the sea back in the island’s volcanic past.

You go to sleep with the Atlantic’s wild waves crashing around you. You wake up with them doing the same. It’s unbelievable.

Altitude sickness on the high mountains peaks, sand blasting winds from the Sahara, forest fires, roads with hair-raising hairpin bends … it was all good fun.

But then came something we hadn’t planned for — the worldwide pandemic panic over the coronavirus.

Two days after we arrived it was announced that the virus had shut down a whole hotel in Adeje, where we were heading for a relaxing week after all the excitement of the mountains and the wild waves.

Cancel, said our friends back in the UK. How, I thought, and why? Our insurance didn’t look as if it would cover plain scared as opposed to a real health threat.

We bought face masks from a tiny pharmacy. And lost them almost at once.

The boat journey from El Hierro to Tenerife was very rough, so all three of us arrived at Adeje feeling queasy, glad to get to dry land and not caring what was lurking there.

And no one in the streets was wearing a mask.

So, now we’re in a ridiculously grand hotel, which is normally packed out at this time of year, but looks to me less than a third full.

There’s no fighting for the best sun beds and everyone gets extra flunkeying from the staff. 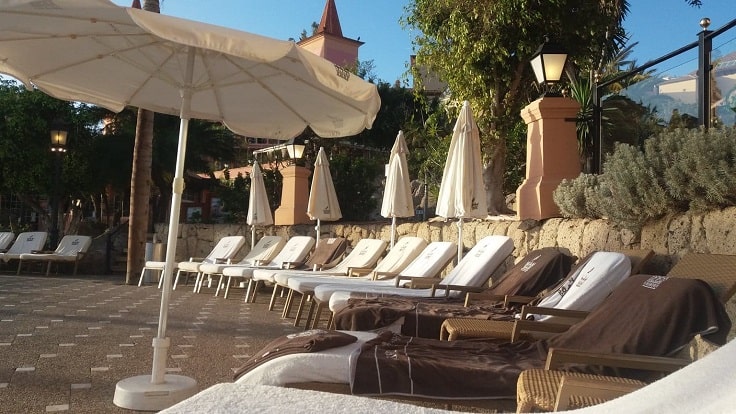 Great — but a short walk up the course brings you to the red police ribbons across the promenades and security guards barring the way to the affected hotel.

I normally ignore police barriers if I really want to see what’s behind them. Not this time, as it dawned on us what we’d come to. 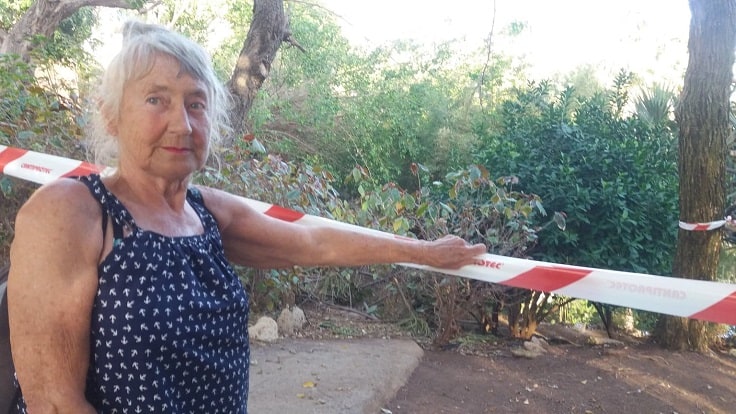 Trying not to breathe in, we turned around and rushed back to a café a few hundred metres away.

The staff were wearing latex gloves to take our cash. Money is supposed to carry the virus so people are advised to use cards — if they can.

No one seems bothered by the virus, but I expect the tourists that were didn’t come. Spanish hotels are worrying that bookings will be 40% down.

Nobody’s talking about it.

Most of the hotels have locked gates to the seafront to keep non-guests out — that’s a normal thing — but ours has hand gel for you to use when you come back in — though no instructions about how to use it or why.

This is a gorgeous place to be locked down in, though I’m not volunteering —  but I’m not sure we’re safe anywhere really. 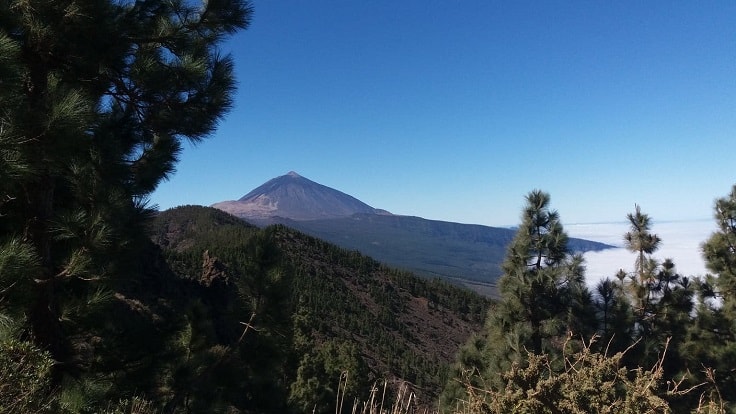 It seems to me this scare is in fact just playing at caring about public health. In the UK, the weak, elderly and vulnerable — who we’ve been told are at the biggest danger from the virus — have been dying from neglect and underfunding of our health services for years. We in Thanet know that only too well.

We’re not prepared for any surge in illness, or even the amount of illness that we’ve got now, let alone a pandemic.

I’m back soon. I hear they’re stockpiling toilet paper in Thanet. Can someone buy me a pack before I get home — just in case?