Detectives are appealing for information to find the owner of a war medal that may have been stolen from the east Kent area.

The medal was amongst memorabilia seized following the arrest of a man in Ramsgate Road, Broadstairs at around 9.45pm yesterday (March 6). 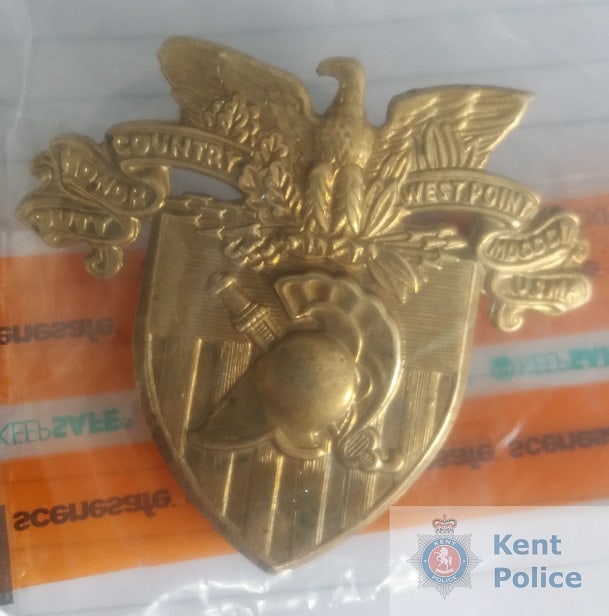 A Country West Point hat badge from the federal army was also seized along with the Queen Korean war medal.

Chief Inspector Ed Ruffle of Kent Police said: “We do not underestimate the sentimental value these items may hold and we are keen to reunite them with their rightful owner.” 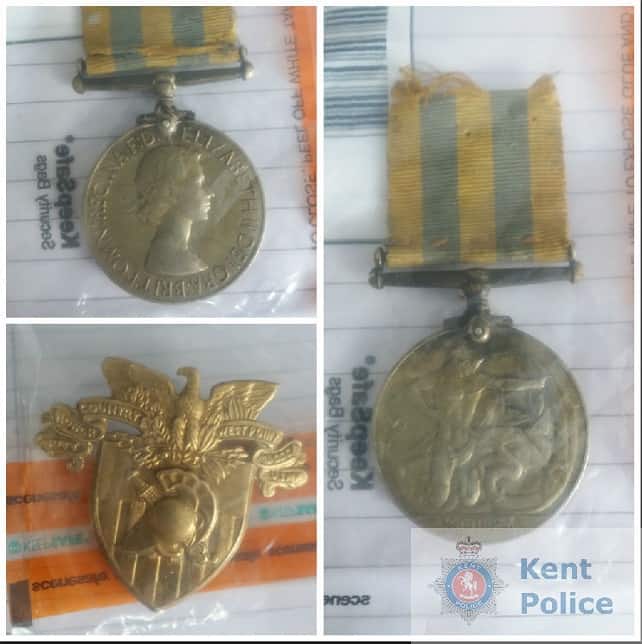 A Ramsgate man in his 40s was arrested on suspicion of burglary, handling stolen goods and possession of drugs. He is currently in police custody.

You can also contact the independent charity Crimestoppers anonymously by calling 0800 555 111 or using the anonymous online form at Crimestoppers-uk.org