The Port of London Authority (PLA) has confirmed early talks are underway with RiverOak Strategic Partners over potentially moving freight landed at Manston airport on a route from Ramsgate Port and up the River Thames.

The discussion has looked at transporting items such as perishable goods as waterborne freight rather than going to the capital via road.

There are some  50 ‘safeguarded’ wharves within Greater London that are for cargo-handling uses. 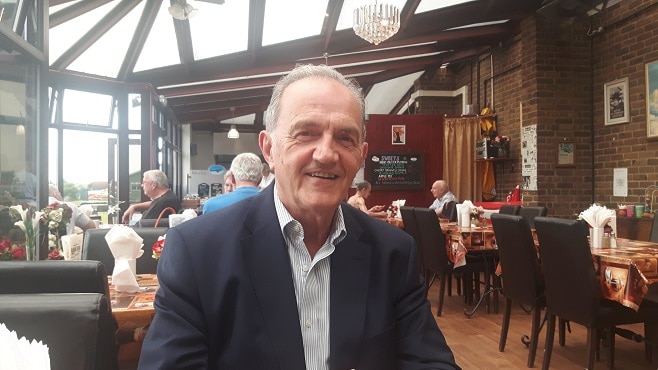 RSP director Tony Freudmann said: “Freight would arrive at Manston, be trucked to the Port of Ramsgate and transferred by electric powered vessels. They will sail from the Port of Ramsgate, round the Thames and up to London. We have discovered there are up to 50 wharves in London available for this type of thing.

“The PLA say the Thames is currently primarily used for construction sites in London, such as Fulham Football Club which is having a new stand built, all arriving by water. It is also used for carrying waste materials down the Thames and out of London but they are keen to see it used for different kinds of freight, and for perishables the possibilities are quite significant.”

Mr Freudmann says the PLA made the initial approach, He says no discussions have yet taken place with port owner Thanet council and an approach will be made after assessing the feasibility of the proposals.

A PLA spokesman said:“The Port of London Authority (PLA) has begun initial discussions on possible ways the River Thames might be used in future to move certain types of freight and packages that have first landed at Manston by aircraft.

“The discussions are at a very early stage – scoping out the types of cargo that might be moved into London from Thanet in this way.  However the PLA always welcomes constructive approaches to make more use of the Thames for waterborne freight – not least as part of other successful initiatives to get lorries and vans off the busy roads and motorways of London and the southeast.”

Thanet council leader Rick Everitt said: “We don’t know whether or not the DCO will be granted and RSP will ever be able to operate Manston as an airport. It would seem premature to make public statements about the council’s likely response to a possible approach which is doubly contingent on factors outside RSP’s control.”

A decision on whether to grant a development consent order to create an air cargo hub at the Manston airport site is yet to be made.

The decision had been due on January 18 but a written statement to Parliament made by Nusrat Ghani, Parliamentary Under Secretary of State for Transport said the latest delay means the outcome is now due to be announced on May 18.

The first step of a Civil Aviation Authority (CAA) process on flights paths and air space has been completed. The process, which takes 104 weeks, will be the subject of a public consultation in Ramsgate and St Nicholas-at-Wade in late Summer.

The outcome may also be impacted after controversial plans for a third runway at Heathrow airport were deemed unlawful because climate commitments were not taken into account.

The Court of Appeal judgement follows a case launched by environmental campaigners. Judges said for the third runway to go ahead it would have to fit with UK climate policy.

It is not yet clear what impact the ruling may have on the Manston application although the Secretary of State requested further clarification on RSP’s assessment of the carbon emissions contribution from Manston airport representing 1.9% from the total UK aviation emissions for 2050 and how net-zero emissions could be achieved.

Part of the RSP response says: ” If consented and brought into operation, the Proposed Development would
comply with any national and international (e.g. CORSIA) requirements to reduce or offset emissions from aviation; but these should be carefully developed as part of a national strategy.

“In terms of individual commitment, since the end of the examination, the Applicant has committed the private sector contribution to the £1m tree planting project that enables it to go ahead (the first in England), the Forestry Commission’s Urban Tree Challenge Fund initiative.

“The Applicant would be prepared to accept a requirement that the operations at the airport other than aircraft emissions become ‘net zero’ within five years of the airport coming into operation, of which this initiative would form part.”

He said: “Logistics are all about point to point timings. Airfreight is supposed to be about quick, just in time delivery, of perishables and priority goods. If you are going to tranship at least 5 times on every consignment you are adding to delay and costs. The reason why road freight maintains its hegemony, is the avoidance of transhipping and the ability to go direct from producer/warehouse to hub or retailer.

“Every time you trans-ship there will be a carbon balance to consider. There is also a greater possibility of damage, pilferage, mistakes and added cost. One day a week the tunnel into the harbour will be closed. What happens then?

“The road network from Manston to Ramsgate port is sclerotic; worse still if the old Military Road route has to be taken.

“What it looks like is Ramsgate gets all the noise and nuisance of an airfreight business and then gets its roads clogged up with tractor units dropping off small consignments to a waiting vessel. Not much of a prospect is it?”

He questioned port destinations and whether it could be competitive with sites such as Heathrow.

In terms of the Heathrow ‘climate’ ruling he said it had ‘put the cat amongst the pigeons with high carbon proposals like Manston,’ adding: “Planting a few trees in Margate (in reference to the ITTWI), is not going to offset tons of carbon used to get airfreight consignments to Manston. Transport and infrastructure projects cannot blithely ‘green wash’ their proposals anymore.

“Aviation has a considerable problem in being carbon neutral, because it requires a lot of power and fuel to fly large numbers of passengers and freight over long distances.

“In my view Manston stands or falls on its business case and its ability to reduce its carbon footprint to zero by 2050. This is a tall order and proposals like this are not likely to go far. It’s dressing up in the emperor’s new clothes.”

If DCO approval is given in May RSP aim to start construction in 2021 and complete the first, and largest, phase of development by the first quarter of 2023.

Mr Freudmann said: “The timing of other phases will depend on demand and on the requirements of users.”

Development costs are expected to be in the region of £300-400 million. RSP says it has spent in excess of £34million, including £16.5million to purchase the main bulk of the site from former owners Stonehill Park.

RSP say they aim to have short haul passenger and cargo flights.

RSP plans for construction will be phased over 15 years and will include a total of 19 freight stands and four passenger stands for aircraft as well as warehousing and fuel storage to meet the forecast demand.

There are also plans for education and training, flight training school and business aviation.