If you have never literally drooled over a burger and fries meal, then you probably haven’t yet experienced the offerings of Lucky Chip.

The business, which has outlets in Tottenham and Islington, is the latest ‘DFL’ to hit Margate with a long-term takeover of the kitchen at the Cinque Ports pub.

Director Ben Denner and head chef Lee Goodchild (pictured below) are serving up a menu of burgers and fries – with Sunday roasts also due to make an appearance in March – which are tasty enough to make you weep if you have to leave so much as a crumb. 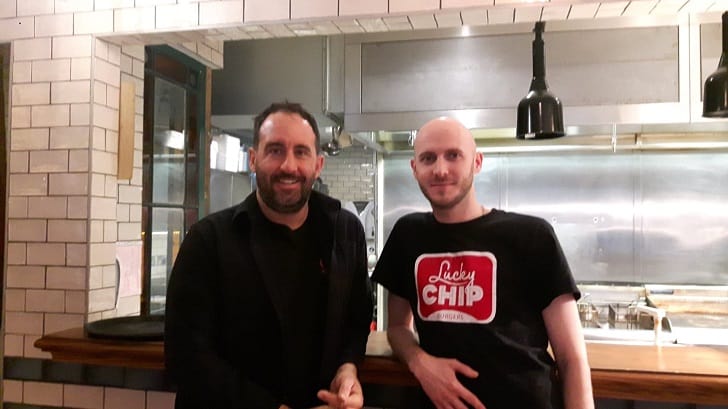 Featuring on the menu are the Kevin Bacon – with burger, cheese and applewood smoked bacon – the Steve Martin (the jerk) – consisting of a veg and black bean patty for the non-meat eaters – and the El Chappo burger which is topped with jalapenos, aioli, smoked bacon and blue cheese.

The business is headed by Ben who has recently moved with his wife and six-year-old daughter from Stoke Newington to Folkestone.

From Melbourne, Australia, Ben has lived in the UK for 19 years. Originally a DJ he moved on to managing members’ clubs and then entered the food business. 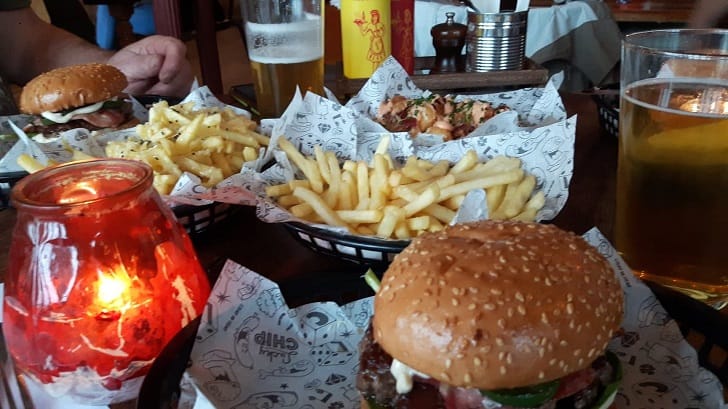 He said: “We moved to Folkestone and have been coming to Margate quite a bit and were approached about doing something here. We are now working with the pub with a long-term residency where we supply the best burgers we can and Cinque Ports supply the drinks.

“We are replicating what we do in London and will soon be launching our Lucky Chip roast.”

The El Chappo burger cannot be eaten without some mess – but you won’t care. Seriously, I had sauce on my hands and my face, probably the reason for the super-size napkins,  but it was just so good.

There was some jalapeno heat, a nice bed of spinach leaves and plenty of meaty, saucy flavours. The truffle cheese fries were amazing and the tater tops with bacon, cheese and the chipotle mayo were packed with flavour (although they did seem to slide round to my son’s side of the table out of my reach). 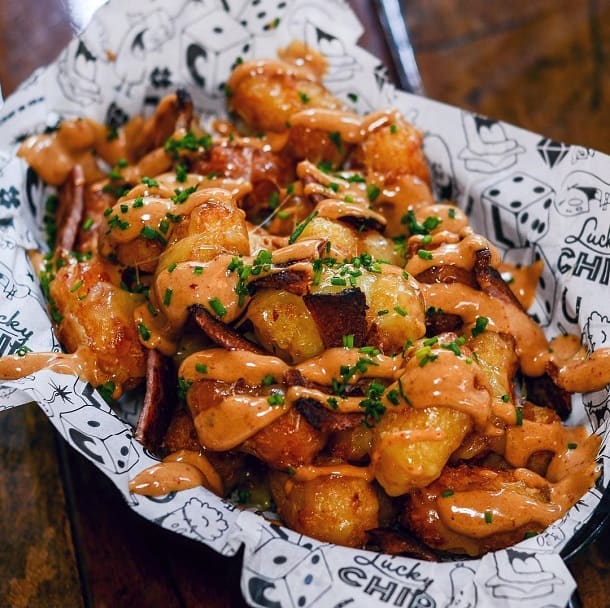 Talking of the son, he munched his way though a double cheeseburger and although he didn’t say much the noises were definitely ones of appreciation.

Washed down with Peroni (son and myself) and a hoppy Neck Oil for the other half, it was a satisfying, taste packed treat that we will definitely be returning to. The price tag isn’t bad either for the food portions and quality, most burgers are under a tenner and fries range from £3.25 to just under £7.

And finally, a shout out for the service. The young chap serving us was polite, fun and made some good suggestions (resulting in us getting those awesome tater tops, pictured above).