Champions of courage from throughout history and from around the globe are inspiring children at Chilton Primary School in Ramsgate.

Each year pupils explore the many and varied ways that significant men, women and children have overcome their own diverse challenges in life.

Their endeavours, struggles and triumphs are being celebrated through research, reading, plus craft, design and artwork leading to a vibrant and thought-provoking display exhibited in the main school hall. 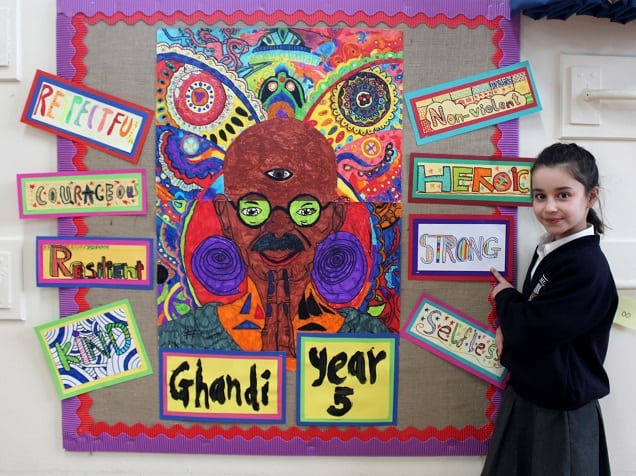 Head of School Kate Lewis said: “Courage is one of our core values at Chilton and we started this term learning about some interesting and varied ‘champions’ as a way to inspire the children to understand true courage and endeavour.

“We have gone beyond thinking about what may be simply ‘brave’ and have studied these champions so that children can learn about their historical and cultural importance and apply these lessons to their own learning, actions and lives now and in the future.

“The quality of work produced is testament to the children’s involvement and enthusiasm for all of our values learning.” 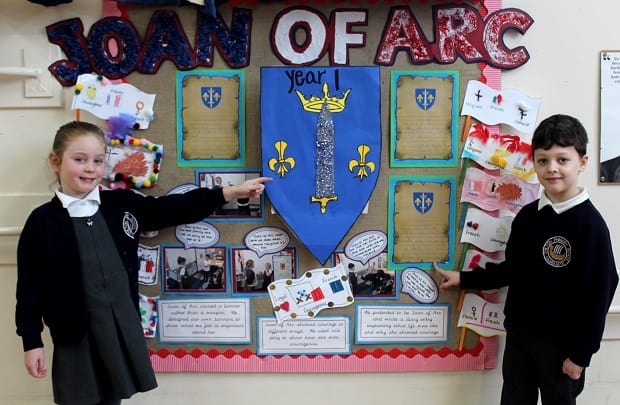 Ghandi used non-violent resistance to lead the successful campaign for India’s independence from British Rule, and in turn inspired movements for civil rights and freedom across the world. Year 5 pupils studied his life and legacy and pupil Anna said: “It was interesting finding out lots about Ghandi. He was a good man. We created a huge poster that included key words that he believed in.”

Boudica was the warrior queen of the British Celtic Iceni tribe who led an uprising against the occupying forces of the Roman Empire in AD 60 or 61.She is considered a British folk hero and Year 4 pupils Gracie and Indie agreed that she was “very brave and led her people against the odds into battle against the Romans.” 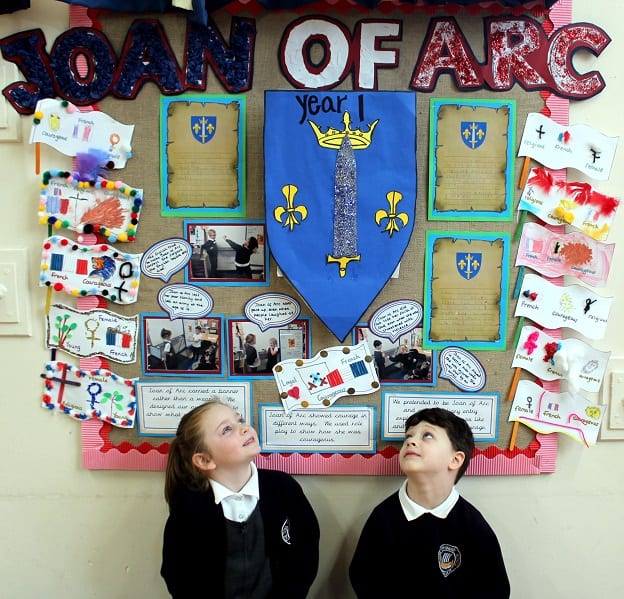 Year 3  focused on the determination of the Jamaican bobsleigh team that first gained fame during their debut in the 1988 Winter Olympic Games four-man bobsled in Calgary, Alberta, where they were seen as underdogs as they represented a tropical nation in a winter sport.

Year 1 found out that Joan of Arc was a peasant girl living in medieval France who believed that God had chosen her to lead France to victory in its long-running war with England. The Maid of Orleans has long been considered one of history’s greatest saints, and is an enduring symbol of French unity and nationalism. 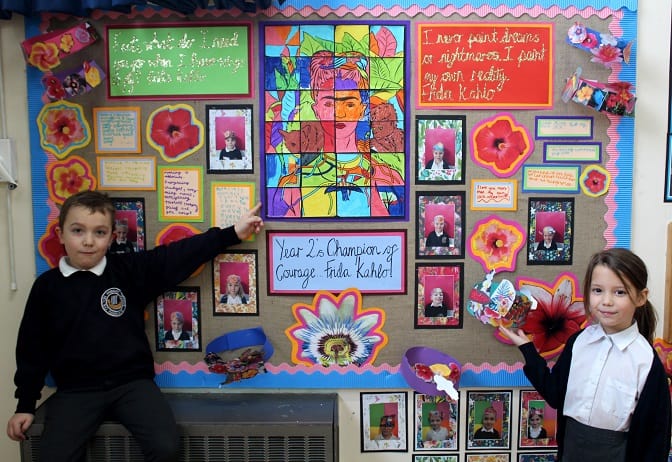 Elizabeth Eger was the subject for Year 6 children who discovered that as a teenager she survived Nazi concentration camps before dedicating her life to helping other trauma sufferers. Aged 92, she still tours the world talking about how to ‘heal and thrive’ in the face of adversity.

Year 2 pupils studied Surrealist artist Frida Kahlo who highlighted gender, class, and race in Mexican society and was a strong supporter of feminism and diversity.