Singers from Upton Junior School in Broadstairs were among the Thanet and UK schoolchildren performing at the 02 Arena in London.

They were part of the Young Voices 2020 community singing festival that features thousands of children joining together in the spirit of song.

The Upton team of 22 boys and girls from Years 4 – 6 had rehearsed the varying range of set songs for the show for many weeks and on the big night they were in fine form.

Teachers Isobel Reed and Lauren Watmough, who accompanied the singers, said: “Wow – what a night. We joined with thousands of children from across the country as one large choir to perform medleys spanning a range of genres.

“This included a pop medley with songs such as Shotgun by George Ezra, Ghostbusters as part of a ‘frightfest medley’, and We Will Rock You from a selection by Queen. This was a night the children will never forget.” 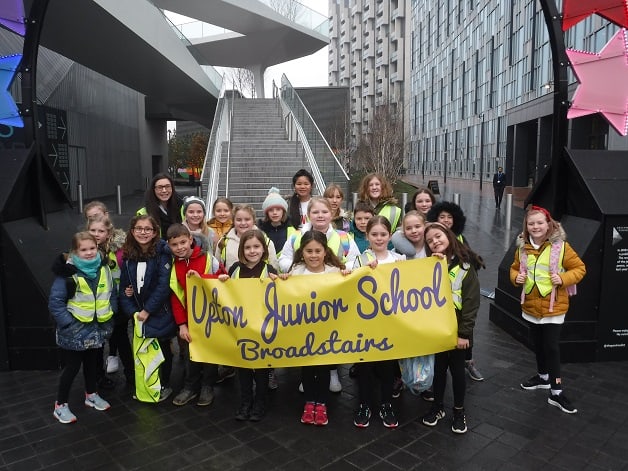 Head of School Darci Arthur added: “This is a brilliant occasion. Young Voices encourages schools to unite in song and every concert creates hundreds of special memories.

“It was a truly enriching experience for our boys and girls to perform at such a famous arena and be part of something so vibrant and lively. The whole day was magical from the anticipation while travelling to Greenwich, exploring the concert hall, rehearsing and then being a part of the show with the fabulous atmosphere and light show and guest star performances.

“To be united in song is a powerful experience; with around 8,000 other young singers performing together it is phenomenal.”

Young Voices holds 23 concerts across the nation at arenas in Birmingham, Sheffield, Manchester and London.