There were only two changes to the Thanet side that lost narrowly against Gravesend last week. Chris Hood came in for Kris Finneran in the second row and Tom Walton replaced Lewis Stone at scrum half. Both clubs were in urgent need of a win with four points separating Wanderers in tenth and their rivals in eleventh. Conditions were a bit sticky underfoot and in the first half Wanderers had the benefit of a stiff breeze blowing diagonally across the pitch.

There was little between the sides in early exchanges but after seven minutes a missed tackle saw the hosts go 5-0 ahead with a try wide right.  Danny Clement broke strongly but took a knock in the process and had to retire temporarily with Jon Walker-Smith on in the front row. Nick Herbert sent a penalty close to Dover’s line and excellent work from Thanet’s pack ended with Hood crossing for a nicely worked try. Herbert’s conversion gave Thanet the lead 7-5. Wanderers second try followed as the pack pushed Dover off their ball at a scrum before a searing break by Charlie Knight set Reece Hougham away to finish confidently. 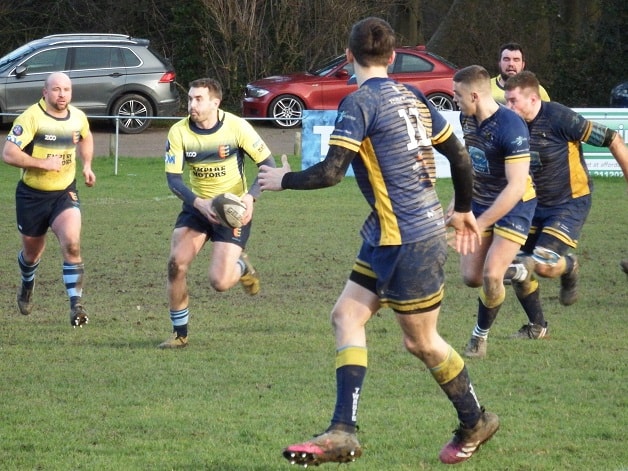 Herbert’s conversion slipped by the post. Three minutes later Knight initiated the third try as he again broke deep into Dover territory and when stopped more fluent handling ended with Brett Scott touching down his sixth try of the season for a 17-5 lead. Herbert made good use of the wind after catching the restart and sent the ball back into Dover’s half.

The hosts however were now battling hard and although Wanderers stood firm at first, Dover’s second try came on the half hour mark and was converted. Neil Wakefield was adjudged to have deliberately knocked on an opponent’s pass and was shown yellow ten minutes before half time. Clement returned at the next scrum when the seven man pack stayed strong but more weak tackling shortly afterwards helped Dover cross for their third try and the conversion gave them a 19-17 lead at half time.

The third quarter of the game was marked by a series of penalties conceded by Dover which Wanderers were unable to gain anything from and which went without any further sanction from today’s referee Michael Maple. Around the hour mark Wanderers pack worked hard and drove Dover back before moving the ball right where Tom Walton weaved his way through defenders before touching down. Herbert’s excellent conversion put Wanderers back into the lead 24-19. Dover came straight back and registered their fourth try which was not converted and left the score tied, 24-24. Hougham dodged his way out of defence before sending Knight and Ant Theosidou away to set a good attacking position. 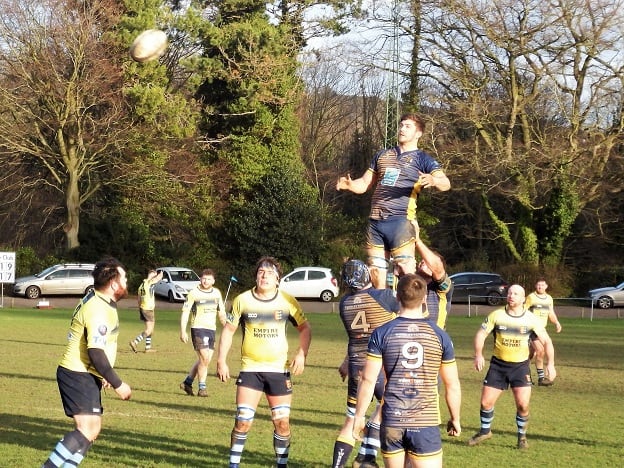 The stalemate was broken by a special try from Dover outside half Martyn Beaumont who capped a fine individual performance with the winning try. Thanet were attacking near to the home line when Beaumont emerged with ball in hand and managed to reach Wanderers try line without being caught and set himself an easy conversion. Wanderers failed to maintain their discipline in the remaining minutes and Scott was shown yellow as Thanet were beaten 31-24. Although Wanderers gained a try and a losing bonus point, Dover’s win closed them to just a point behind them in the league table with a game in hand. 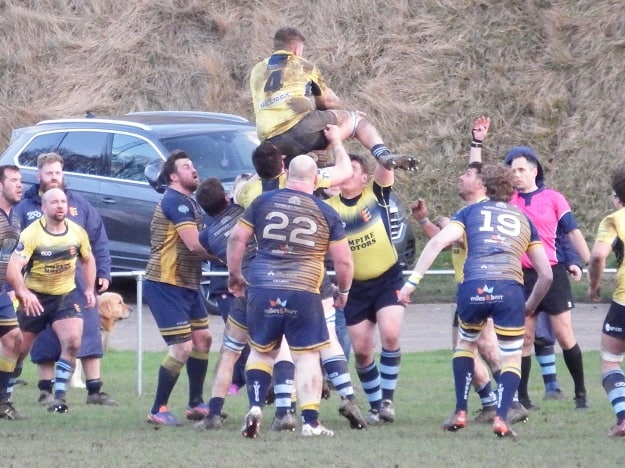 For the second week running, Wanderers failed to take advantage of plenty of possession to build winning positions. Good tries were scored but basic errors proved costly. Charlie Knight had an outstanding match both in attack and defence and was Head Coach Mike Pond’s choice as man of the match.

There is no game next Saturday for the first or second XVs although the 3s have a rearranged home fixture against Hastings and Bexhill scheduled with a 2.30 kick off. The first XV return to league action on 15th February at home to Old Colfeians who are currently second in the league (Kick Off 2.30pm).