January 27th was the 75th anniversary of the liberation, by the Soviet Red Army, of the infamous Auschwitz concentration camps complex.

In her address Cllr Ara quoted author Margaret Attwood, who said: “I hope that people will realise that there is only one race, the human race, and that we are all part of it”.

She also stated that “Only when we stand together, and support each other, can we build a peaceful and united future for everyone.”

There were also readings from students from Charles Dickens School and Chatham and Clarendon House.

The mayor thanked Carl and Heather Whitewood of the Salvation Army, for offering to host the service at the citadel, and organising the service and the prayers. 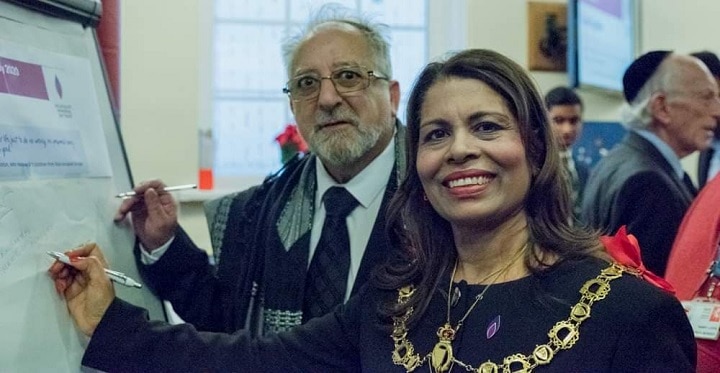 Thanks were also given to the Revd. John Chater, from St. Georges Church, Rabbi Cliff Cohen, and his wife Helena, and Godfrey Fischer, the chairman, from Ramsgate Reform synagogue, Nasir Huzere, from Margate mosque, and fellow mayors and councillors from Margate and Broadstairs, former mayors, the chairman of TDC, and various other civic dignitaries.

Cllr Ara said: “I would like to personally thank former mayor, Jacqueline Coppock, who laid the original commemorative plaque in Albion Gardens in 2001. The plaque, and what it stands for, reminds us that we must learn from our past and ensure that the appalling events that have occurred over the years, must never happen again.”

At the end of the service a collection was taken for The Rohingey Muslim Fund, which raised £522. A book of remembrance was also signed.

Thanet Over Fifties Forum invites the isle’s older residents to find out if they could maximise their income or make their money go further at the public forum meeting “Living on a budget” next month. The meeting will take place from 10.30am – 12.30pm on Wednesday, February 12 at Margate Caves Community Room, Northdown Road, Margate.

Cheryl Giles, from Department for Work and Pensions, is the keynote speaker. She will give a brief presentation to provide the most up-to-date information about pensions, Personal Independence Payment (PIP), Disability Living Allowance (DLA), Access to Work grants and Employment and Support Allowance (ESA).

The second speaker will be Kara Flynn from Thanet CAP Debt Centre (Christians Against Poverty) who offer debt help, supported by Emma Prentice from TOP Up. TOP Up is a project that helps people to access the benefits they are entitled to including assisting them to fill out the necessary forms.

Southern Water, SpeakUpCIC, Utility Warehouse and Live Well Kent/Porchlight are also coming along to chat to people one to one.

Attendees will have the opportunity to ask any of the organisations present questions and talk to them face to face about issues of concern they may have.

TOFFS Co-ordinator, Pauline Petitt, said: “Even if you are not a member of TOFFS, you are warmly invited to come along to our bi-monthly forum meetings. They are free, informative and could help support the decisions you make this year”.

We are a group of local amateur artists and crafters of mixed abilities and styles, who get together to pursue our love of our chosen hobby. No tuition or materials are provided but there is always someone keen to pass on hints and tips.

It is a sociable group and we often have activities such as demonstrations, workshops, raffles, bring and buy, etc. Meetings are weekly throughout the year, 1.30pm-4pm on a Tuesday at Westgate Community Centre, Lymington Road, car parking and access friendly.

A small charge is made for annual membership and weekly subs (the latter includes refreshments) and prospective members are invited to come and see what we do, free of charge for three weeks. Follow us on Facebook: Westgate Art Craft and Cards or phone 07535317593 for further details.

Staff at The Charles Dickens School are particularly excited as the School has never had use of a mini bus and relied on transporting students via hired buses and public transport. This will make attendance at all sorts of venues much easier as a result.

The Barton Court Grammar School Voluntary Fund helped to pay for the Barton Court minibus and has, therefore, been paid for via parental contributions and much fund raising by staff and students.

The Peugeot Boxer Mini Bus Lites were ordered in the summer and can be adapted for wheelchair users. All staff driving these are trained and KCC approved.

Kirstin Cardus, Executive Headteacher of the Trust said “We are delighted that these have arrived as our old buses at BCGS were really on their last legs and, CDS have been years without any minibus at all. With the cost of transport constantly rising this can sometimes be a prohibitive factor for the School and parents when trying to organise extra-curricular opportunities that are affordable for all and the purchase of these two vehicles will make a big difference in that regard.

These will enable staff at both schools to take students to a variety of sports fixtures and academic trips and visits, confident that they will arrive safe and sound with no risk of breaking down.

We are grateful to all those parents, students and staff at BCGS who contributed to the BCGS Voluntary fund either by donation or by supporting fundraising events which has enabled us to upgrade our very dilapidated buses.” 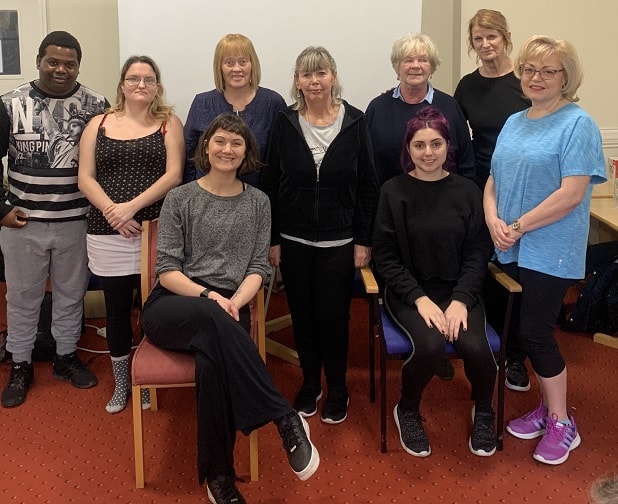 We are super proud to have had Hannah Rzysko – Yoga Therapy For All deliver our first seated Yoga class for Thanet’s Deaf community.

Hannah said: “It was a good experience becoming more accessible in my practice.”

She was  assisted with signing by Megan, who said: “This was a very good opportunity for the deaf community and improving accessibility to activities.”

We are very grateful for Regain Hearing of Broadstairs for kindly sponsoring this first session to enable people to try it for free. check out their website for amazing services https://regainhearing.co.uk/

Kathryn from Regain Hearing said: “Anything that promotes awareness of hearing loss, and the more integration in our communities will help everyone’s improved understanding of living with a hearing impairment.”

We are also very grateful to St Christopher’s for letting us use their amazing space..”

Participants said they are happy to pay for the service to become sustainable and felt paying £20 every 4 weeks was very affordable. So if you or anyone you know is interested please contact us, we hope to see you next week.

The link between obesity and unemployment is the focus of a new project in east Kent, which aims to tackle both issues.

Results from a Gallup poll revealed the longer a person is unemployed, the higher the rates of obesity. Figures reveal that rates reach up to 32.7 per cent after a year or more of unemployment.

That’s why 14 organisations from across south England and northern France have come together to tackle these two issues via ASPIRE – Adding to Social capital and individual Potential In disadvantaged REgions.

This €10 million Interreg VA Channel project has been awarded more than €7 million by the European Regional Development Fund. The project runs until February 2023.

The challenge to be tackled by ASPIRE is reflected in local statistics. According to a UN report one quarter of British adults are obese with levels having more than trebled in the past 30 years. 63.1 per cent of people in south east England and 62.7 per cent in south west England are overweight.

In France, the national unemployment rate is around 10 per cent but in the Hauts-de-France region it is nearly 13 per cent. Obesity rates in that region exceeded 20 per cent in 2016, six percentage points above the French average.

It’s clear to see that a worryingly high proportion of people are considered as being obese and overweight in these two areas.

While eating healthily can often seem unachievable on a budget, knowledge of how to grow and prepare fresh fruit and vegetables can make all the difference.

ASPIRE will give obese/overweight and/or unemployed people the tools they need to make healthier lifestyle choices and improve their chances of employment.

The project will encourage a grow-your-own, eat-your-own, sell-your-own ethos and will be available at seven sites across the two areas.