The Bus Cafe in Margate serves the UK’s top breakfast – and that’s official.

The team took the top prize at the National Breakfast and Brunch Awards yesterday (January 29) with their signature posh hash dish.

Xander was due to take part in the competition cook off this year but, after becoming ill, was replaced by Simon at the last moment.

Last year Simon scooped third place for The Bus Café but this year he took the crown by winning the title of Breakfast of the Year and £1,000 in prize money for the posh hash creation. 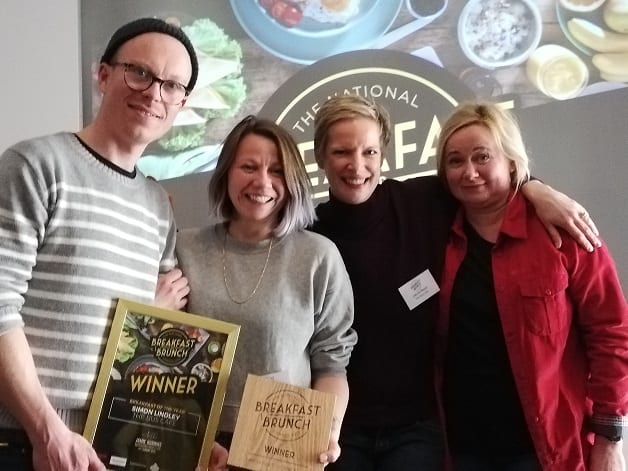 Simon won the big one with a dish that comprised a homemade dairy- and gluten-free beetroot, potato and onion rostie, topped with zesty smashed broad beans and peas, a mumbled egg, oak smoked salmon and horseradish cream, all on a bed of leafy greens with a balsamic glaze drizzle (pictured below). 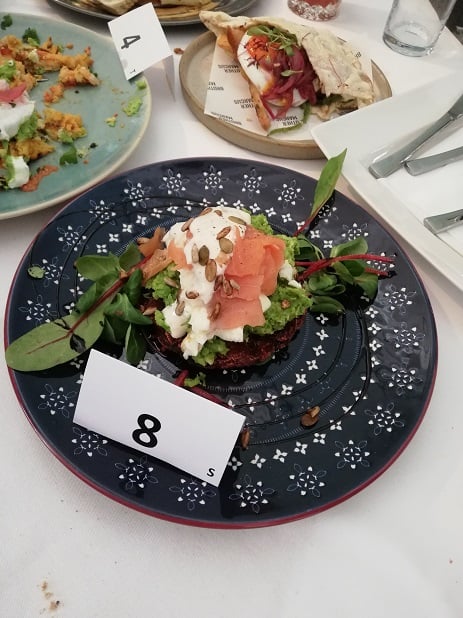 The Darwin and Wallace small chain of bars and Tried and True café in south west London came second and third respectively.

A second dish had to be made using the three sponsor ingredients of Lamb Weston – The Dukes of Chippingdom (chips), Pan Artisan – Focaccia Romana and Tabasco sauce.

Now in its third year, the awards invite chefs from across the out of home, pub and bar, casual dining and hotel sectors to compete in a series of cooking challenges. This was the first time the brunch category had been included, leading the judges to remark that the standard had been the highest yet. 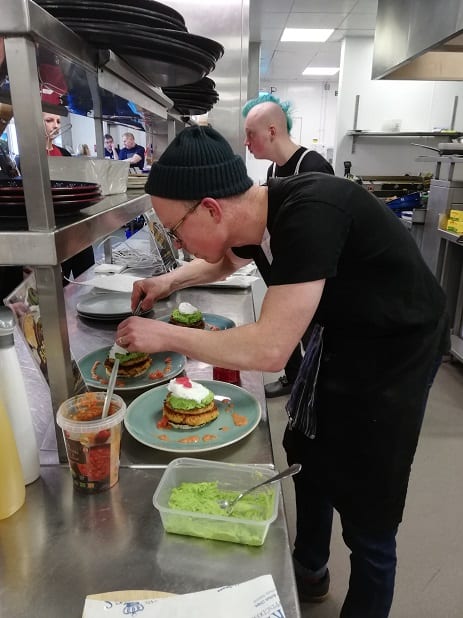 Henry Norman, editor of organisers OOH magazine, said: “The Bus Café is a great place to visit. It’s a quirky outlet, is sat right on the seafront in Margate, and, needless to say, the food is amazing! I urge you to visit them and enjoy the experience for yourselves. A huge congratulations to them, as well as to The Grazing Sheep and all of our talented finalists.”

Jodie said: “There were 16 finalists from all around the UK and the competition was even stronger than last year.

“We were in two minds as to whether we would get anywhere so didn’t expect to win! It’s amazing!”

Simon, Jodie, Alexander and Lois bought the bus in March 2015 two weeks after they first discussed the idea. It arrived from Liverpool and they set about a 6-month project of ripping out the interior to then create a kitchen downstairs and café seating upstairs, all the while trading with customers able to tuck into barbecue offerings. 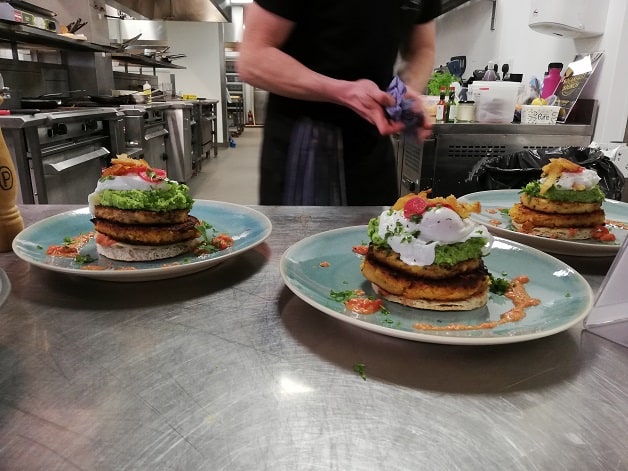 They moved from their first site at Fort Hill Yard to the promenade in February 2017 and act as the anchor for a variety of food and drink small businesses at the site.

The Bus Café is open 10am -3pm Saturdays and Sundays.