The Rock the Pav free charity festival has raised more than £2,000 for Pancreatic Cancer Research UK.

The showcase event at Broadstairs Pavilion attracted hundreds of music fans who packed the venue and who generously donated to the third annual show that started the area’s music year on a high.

It means that the three January events since 2018 plus a few other fund raising gigs have netted more than £8,000 for charity.

This year’s show was also a celebration of musician Phil Hunt who co-founded the Rock the Pav series for charity after he was diagnosed with pancreatic cancer. Phil died from the illness last June.

Four bands lined up for the show which featured musician friends of Phil. They were Free Lunch, The Travelling Philberries and The Rhythm Shack. Mothers Ruin, who Phil toured the UK and Europe with and recorded with in the late 1970s and early 1980s reunited to travel to Broadstairs to make a guest appearance at the concert.

All the bands – and the dB Rising Audio sound crew – donated their services free, and the Pavilion once again supported the charity and allowed its venue to be used. The organisers also received great support from their friends at The Isle of Thanet News online and in the local press and radio who all helped publicise the show. 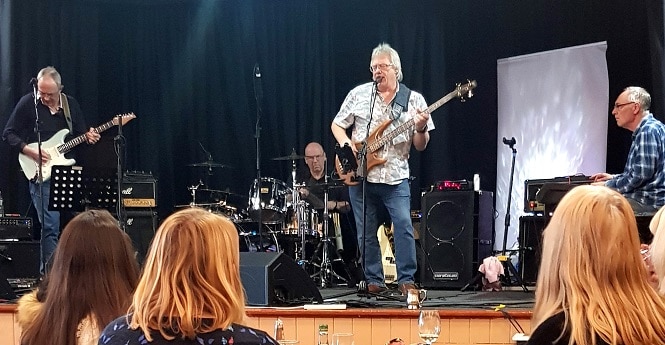 A spokesman for Rock the Pav said: “It was a brilliant afternoon. Four fabulous bands showcased a great variety of music styles and they played their hearts out, while the sound crew worked their socks off. The atmosphere was friendly and the crowd cheered on all the performances. Everyone did their best to help raise another fantastic sum for the charity.

“This show was our celebration of our friend and fine musician Phil Hunt, and his inspirational strength, courage and determination in the face of adversity.” 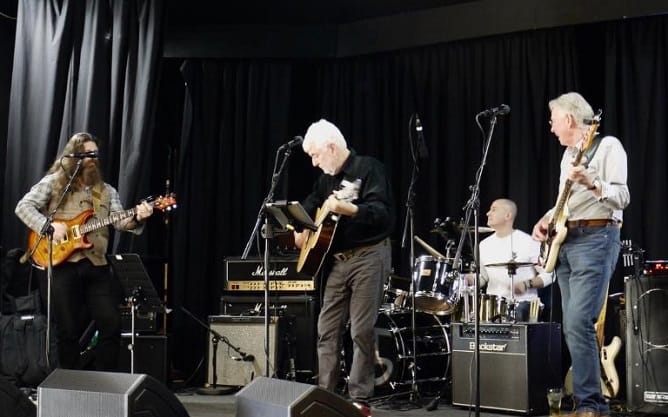 Yasmin Bailey from PCRUK announced the total raised of £2,142 from the stage. She said: “Once again this is a magnificent effort to raise much-need funds for research into this most aggressive of cancers. Everyone involved with the Rock the Pav shows has been marvellous.”

The organisers have already been asked if there will be a RockthePav4. They said: “It is too early to say at the moment – but the momentum, sheer enjoyment and quality of performance from the previous events is at the forefront of our thoughts and we are considering options for another rock showcase.”

*To find out more about the work of Pancreatic Cancer Research Fund UK, go online to http://www.pcrf.org.uk