The newly refurbished Pierremont Hall in Broadstairs has been officially opened.

In 2015, 900 residents of Broadstairs & St. Peter’s submitted a petition to Thanet District Council voicing their concerns over the state of Pierremont Hall and demanding protection of the important town asset.

Pierremont Hall and Retort House were listed as community assets in 2014.

In February 2015 authority was granted to Thanet council officers to progress negotiations through the asset disposal process with Broadstairs Town Council as part of their community right to bid.

The town council also offered £10,000 for Retort House, valued by TDC at £60,000. The acceptance of the bid was in recognition of it being retained for community use.

The lengthy process of buying the freehold was completed in 2018 followed by the announcement of the town council’s plans for a phased programme of refurbishment. 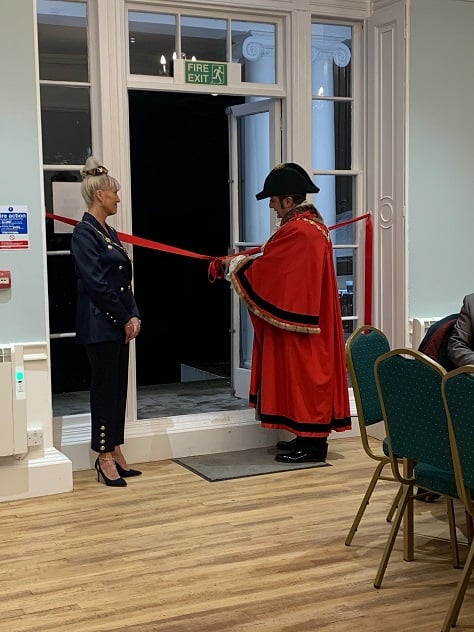 By that time the main building and those surrounding it were in a sorry state and the lengthy period of vacancy, whilst the sale went though, meant they had deteriorated rapidly. They had become victim to extensive vandalism and anti-social behaviour. The continued thefts of roof lead meant the building leaked and the damp on the northern elevation meant that the plaster was flaking and moss was growing indoors, The derelict community buildings attracted drugs and graffiti.

Speaking at the opening ceremony town clerk Daniella Dunn said: “The Town Council had a hard and lengthy job on its hands and headed up by myself, the Community Assets Committee together with a project management company, work began on a plan, raising finances for the project and getting relevant permissions in place.

“The first big break came when we were awarded the £600,000 Section 106 money that had been earmarked for community projects in Broadstairs. This money came from the developers of the Hereson School site, and without this, this project would literally not have been possible.

“The project started slowly, as planning permissions and listed building consents had to be put in place before any work could start, but once the project began, we haven’t looked back. 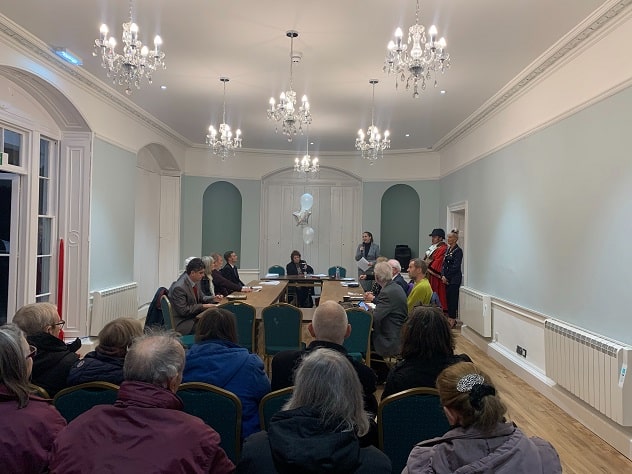 “The derelict buildings were the first to go, followed by the painting of the exterior and then the internal refurbishment. This is now known as Pierremont Hall Phase 1 and it is the completion of these works that we are celebrating.

“However, it won’t be stopping there. We will shortly begin the refurbishment of our own offices, the installation of a disabled ramp for better community access and we will continue to improve the parkland area.”

Thanks were given to all those involved in the project, from mayors and councillors to town council staff and consultants, conveyancers, estate agents and new tenants. 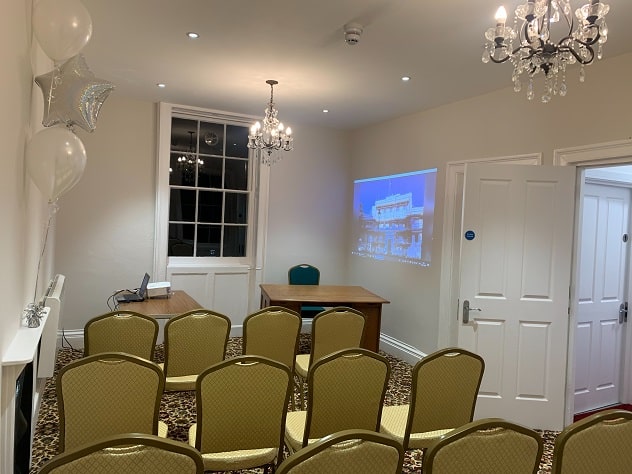 New events and booking manager Leanne Haddon will take up her role next week.

Danielle added: “I am not going to thank myself but I am going to thank this beautiful building for giving me the most challenging and rewarding project that I will probably ever undertake in my career.

“Over the past three years, I have spent many sleepless nights, agonising of this building and I have literally put my heart and soul into delivering this project.

“I am not a Broadstairs resident, but I feel tonight that a little bit of me will be forever Broadstairs.”