A hospital trust will be scrutinised by Kent County Council over a series of failings which have led to a baby’s death – and there are calls for a full blown public inquiry.

The local health authority is expected to investigate 26 maternity cases at East Kent NHS Trust, alongside an investigation by the Healthcare Safety Investigations Branch.

The HSIB and the Care Quality Commission are both expected to produce reports examining the failings in the maternity services.

The scrutiny follows an inquest into the death of baby Harry Richford just a week after his birth at Margate’s QEQM Hospital in November 2017. The coroner ruled Harry;s death had been “wholly avoidable” and neglect had been a contributory factor.

A catalogue of failings and difficulties uncovering the truth have been laid out in a blog by Harry’s grandfather and it has emerged that a damning report had been written after the trust asked the Royal College of Obstetricians and Gynaecologists to review the service in 2015.

At least seven preventable baby deaths are believed to have occurred at the East Kent Hospital Trust.

According to further research by The Independent between 2014-2018 there were 68 baby deaths at the trust for children aged under 28 days old and of those, 54 died within their first 7 days. There were 143 stillbirths and 138 babies suffered brain damage after being starved of oxygen during birth.

KCC’s health overview and scrutiny committee chairman, Cllr Paul Bartlett (Con) told the Local Democracy Reporting service: “We are deeply sorry to all the parents involved and we want to ensure that the responsible trust is held accountable.”

The Parliamentary report on the situation will be published in two weeks’ time following an impromptu inspection from  national health watchdog, the CQC. The results of the paper will likely be discussed at KCC’s scheduled public meeting in March.

Following a council meeting at Maidstone County Hall earlier today, Cllr Bartlett added: “We need to keep abreast of what is going on in all of our local hospitals and it’s to our great concern that this issue has arisen.”

Canterbury’s Labour MP Rosie Duffield called for a public inquiry into the maternity ward scandal, earlier today in the House of Commons and Cllr Karen Constantine has written to Thanet’s two MPs also requesting an inquiry.

During KCC’s health and overview scrutiny committee, Cllr Nick Chard (Con) and Cllr Karen Constantine (Lab)  said there must be a through investigation into the Trust’s failings. 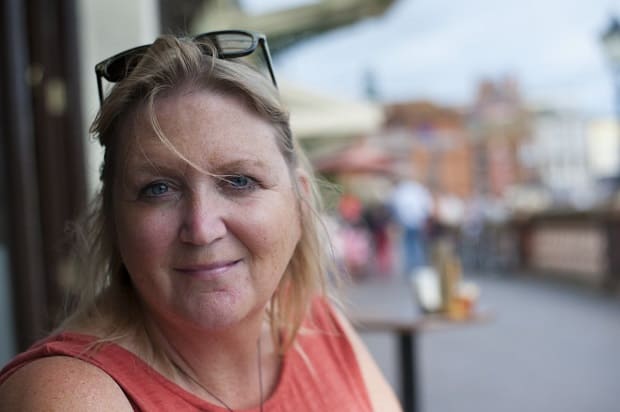 Cllr Constantine described the emerging scandal as “very worrying” and said: “If the Parliamentary report does not bring comfort then I think we could be looking for the need to call a public inquiry.

“These are wholly preventable deaths we are talking about…it is for this committee to take very firm and swift action.”

He said: “There are 26 cases being investigated and it’s important for the rest of the population of Kent to know there is that degree of safety.”

According to the HSJ publication Thanet, South Kent Coast, Ashford, and Canterbury and Coastal CCGs are reviewing child deaths which have been recently reported by the media to check whether the trust appropriately reported these as serious incidents.

The HSJ says papers for the CCGs’ governing bodies said there had been 59 neonatal deaths at the trust since November 2016, of which 15 were treated as serious incidents. Reports into six of these have been completed but the remainder are still open.

Cllr Constantine said: “We need an urgent public inquiry, the public need reassurance. This shouldn’t be swept under the carpet. There are serious significant problems and only a full inquiry will suffice.”

Top officials at East Kent NHS Trust will be required to attend a public meeting on March 5 to explain what has happened and inform the committee of actions taken to prevent this from happening again.

The trust also manages William Harvey in Ashford, Buckland Hospital in Dover, the Royal Victoria in Folkestone and the Kent and Canterbury.

East Kent Hospitals Trust is reviewing its maternity services at QEQM Hospital in Margate and the William Harvey Hospital in Ashford.

A spokesperson for East Kent Hospitals said: “We recognise that we have not always provided the right standard of care for every woman and baby in our hospitals and we wholeheartedly apologise to families for whom we could have done things differently.

“We have made significant changes to our maternity service in recent years to improve the care of women and their families.

“We are reviewing our service with some of England’s leading maternity experts to make sure we are doing everything we can to make rapid improvements to maternity care in east Kent.

“We want to provide an excellent standard of care to every mother and child who uses our service, and we will not rest until we, the public and our regulators are confident that we are doing so.”