Seven-year-old Ashton Andrews from Margate is football mad, plays with Thanet Colts and does not let anything hold him back.

But the St Crispin’s pupil, who was born profoundly deaf, now faces a new challenge after being diagnosed with a rare genetic condition which means his sight will deteriorate.

Ashton had an operation at Great Ormond Street Hospital for bilateral cochlear implants when he was two and although his speech and communication is a little delayed he is thriving in the mainstream school in Westgate.

Last October mum Frankie Purchla took her son to the hospital for a routine appointment and eye test at GOSH when she received devastating news.

The 31-year-old, who works with the Greenbanks community team, said: “At that appointment we were told he has the rare genetic condition called ‘Ushers Syndrome’.

“At the time myself, Ashton’s dad Darren and our family and friends did not know what it was. I came away from GOSH that day feeling like my world had come crashing down again, just like the day I was told my 3 week old baby was profoundly deaf.

“It was raw for the first three or four weeks, all I kept doing was searching the internet, reading other people’s experiences, looking for something that could possibly slow down the process of his eye sight deterioration.”

Ushers syndrome is a genetic condition. The main symptoms are hearing loss and sight loss, due to a condition called retinitis pigmentosa (RP) and, in some cases, balance difficulties.

There are three types of the condition and Ashton has type one. 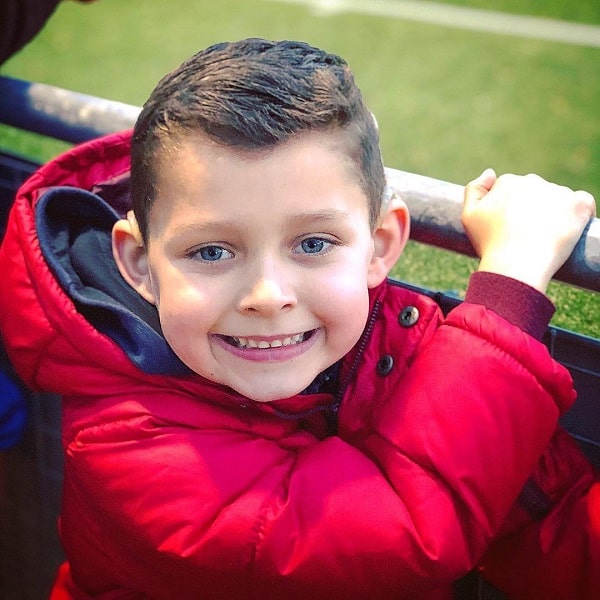 Although everybody is affected differently, over different timespans, people with Usher type 1 are usually born with profound hearing loss in both ears.

Balance problems are also common. Usher type 1 is associated with the development of night blindness. This occurs in the first 10 years of a child’s life, progresses to tunnel vision and further sight problems.

Those affected typically use British Sign Language (BSL), although this may change as their sight deteriorates.

Frankie, who says the family struggled to find support until she eventually connected with parents in America whose children have the condition, said: “It affects everyone in different ways. Some children lose 90% of their sight, others are not affected until their 30s. At the moment there is no cure.”

Research in America is looking at ways to rejuvenate the retina cells and there are also centres examining retina implants.

In the UK, organisation CUREUsher is raising funds for research and supporting people affected with the condition and their families. 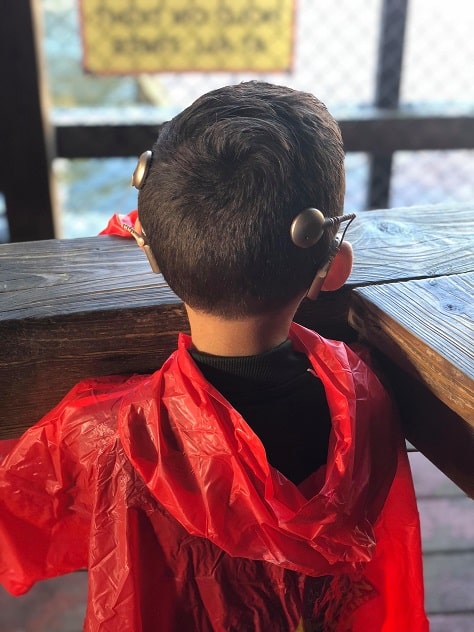 Frankie said: “I was pointed in the direction of Joanne Milne, founder of CUREUsher. She has Ushers herself and is working hard to try and find a cure. The way I’m dealing with it is to try and help to find that cure by raising as much money as I can.”

Ashton, who is an avid Manchester United and Juventus fan because of Cristiano Ronaldo and “literally sleeps, breathes and eats football,” currently knows that his ears and eyes “are poorly,” but a full conversation about the condition will take place when he is older.

Frankie said: “Ashton is such a lovely lad. He takes everything in his stride and does not let anything stop him. He shows me what strength is.”

To help raise funds for CUREUsher and GOSH, and to mark the fifth anniversary of Ashton’s cochlear implant switch on, Frankie is holding an event in Margate this March.

The fundraiser will take place at The New Odds in Margate on March 14 from 3pm and include lots of activities, such as a bouncy castle, face painting, bake sale, raffle and live music.

Frankie is appealing for raffle and auction prizes for the event. Anyone who would like to help can contact her on 07904910832.