The Thanet side again featured a much changed back line with Peter Macaulay in for Nick Herbert at Ten. Four other changes saw Jimmy Robinson on the left wing with Cam Pond and Lucas Deveson in the centre. Charlie Knight moved to full back. Reece Hougham on the right wing and scrum half Tom Walton played in their regular roles.

Crowborough’s ground staff and volunteers had worked wonders to produce a playable surface for the match. The hosts kicked off in bright sunshine and were soon threatening Wanderers line before scoring the opening try, under the posts, after just four minutes. Wanderers worked their way back into the match aided by three penalties as the Crows offended. After fifteen minutes they scored a second try that was unconverted. 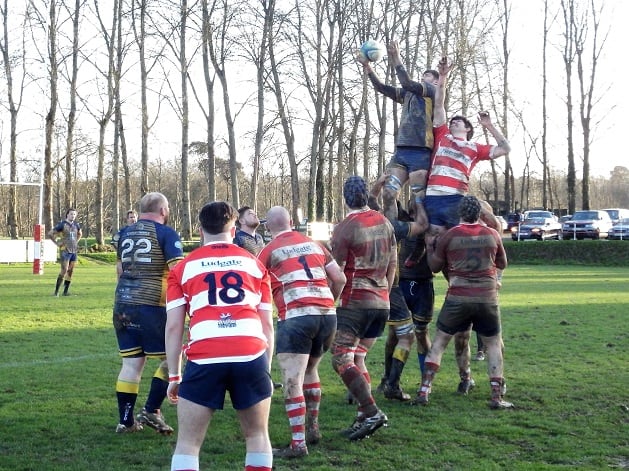 Open side Sam Taylor has been unlucky with injury this season and he now limped off to be replaced by Andy Letts in the back row where his years of experience of defensive sieges was of great value. Alex Veck became the 45th Wanderer to represent the first XV this season as he performed well after coming on from the bench to join Kris Finneran in the second row. Wanderers hit back quickly with a well controlled forward drive and it was Finneran who emerged from the consequent pile up to score.

Tom Walton converted well. Crowborough responded immediately with another converted try but five minutes later Wanderers pack again punched above their weight driving the home pack back for Brett Scott to score his fourth try of the season. Walton could not convert that one from wide out but three minutes before the break he knocked over a penalty in front and from thirty metres to make the half time score 19-15. 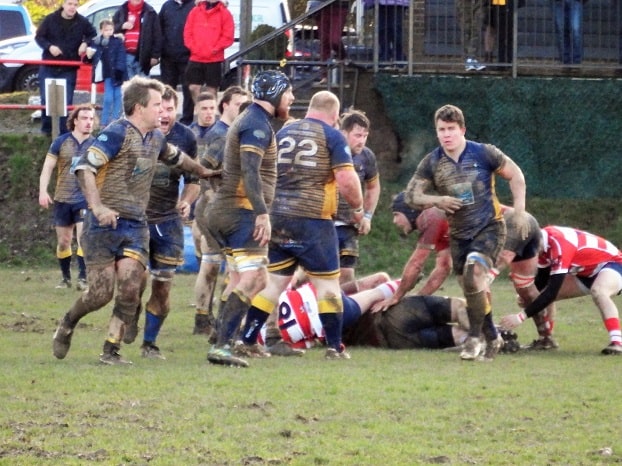 Jon Walker Smith replaced Danny Clement in the front row for the second half. The opening period of the half was marked by some edgy play from both teams with Crowborough knocking on with the line at their mercy. Another pin point long throw in from Skipper Neil Wakefield sparked an attack that foundered in the mud. Scott put in a big tackle as part of some great defensive work for Wanderers but the hosts were battling hard before the inevitable try was touched down under the posts.

Pond now withdrew after suffering a knock that required a head injury assessment with Knight moving to outside centre as Richard Case came off the bench to take over at full back. Deveson who, despite usually playing in the back row had shown well at outside centre, now moved to inside centre. Case soon showed he had lost none of his skills with a good catch and chase before a making a long clearance.  Wanderers repelled multiple attacks but the defence finally buckled conceding a try under the posts that surprisingly went unconverted. Prop forward Luke Tolley now took a well earned break after a big shift in tiring conditions. Clement returned for a final fifteen minutes of good hard slog in his place. 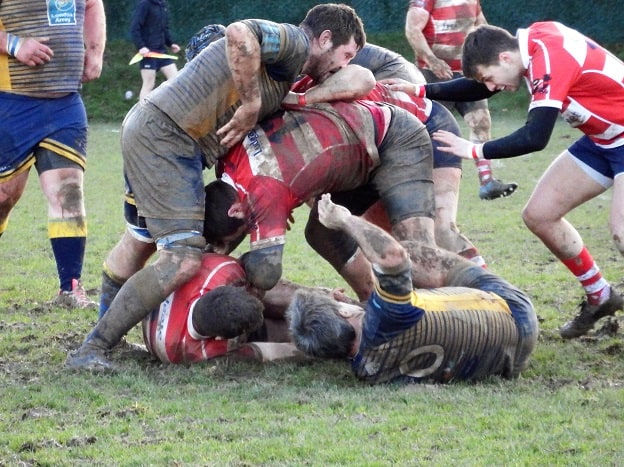 Macaulay defended well before being shown yellow following a team warning for repeated infringements. Crowborough mounted one more attack that brought a sixth try that was converted for a 38-15 scoreline that perhaps didn’t fully reflect the way the match had unfolded. However it was a comprehensive victory that takes the home side up to fourth place with Thanet slipping a place to tenth.

In his announcement of the Wanderers Man of the Match, Head Coach Mike Pond commented that “It has to be a forward”. His choice from the eight was blind side wing forward Warren Riddell-Broomfield who is again fully firing on all cylinders after recovery from a broken leg. It was a tough match for all players but particularly the pack with the mud dragging on increasingly tired bodies. Captain Neil Wakefield praised the efforts of his side who had given their all.

Next Saturday Wanderers are at home to Gravesend who will be looking for the double having won the reverse fixture 26-10. Kick off is at 2pm. The 2s and 3s will also be at home with fixtures against Gravesend 2s and Ashford Barbarians and will also kick off at 2pm.