Conor Hope should be studying for a PHD, exploring the world and enjoying time with his girlfriend.

Instead, the 24-year-old from Ramsgate, has been bed bound for the past 18 months with a crippling but little understood condition called M.E./C.F.S.

It means the former Oxford University student suffers symptoms including severe fatigue, pain and headaches that leave him unable to move, read or even watch TV for more than a few minutes at a time.

Doctors do not know what causes the condition which affects around 250,000 people in the UK, with one in four of those so severely ill that they are unable to leave the house or their bed.

Conor first noticed symptoms in his teens but it was during his last year at Oxford where he was studying biology with the aim of a career as a research scientist, that the illness really took a toll.

He said: “Every time I went to the gym, ran or exercised I got really bad, flu-like symptoms the next day. I was really exhausted.”

An Oxford GP eventually diagnosed ME/CFS but Conor was forced to quit his studies and return home to mum Claudette before any medical process could be put in place.

Claudette said: “When Conor first came home he could walk a little bit, sometimes make meals for himself, but it just got worse and worse.

“Our GP has been really good and does home visits. Kent and Medway ME specialists come every two or three weeks or phone to deal with the psychological aspects. But there is a specialist clinic in Leeds that could take Conor as an in-patient. We have applied to the CCG (clinical commissioning group) for the place to be funded but they have rejected us twice and people are not allowed to self-fund.

“It means Conor is just taking tiny steps, he will sit up for five seconds, do that for a week and then try and sit up for a little bit longer the next week. That’s pretty much it for now, it is just a waiting game.”

The National Inpatient Centre for Psychological Medicine is an eight bed specialist inpatient unit at Leeds General Infirmary and is acknowledged as the only specialist NHS inpatient unit for people suffering with severe CFS/ME.

Conor, who describes his condition as being like ‘buried alive’ said: “The clinic takes people in my condition and over the course of a year they are getting those people up and about, socialising, shopping.

“Whereas for me, I spent another year just increasing to sitting up for half an hour at meal times. There is a huge disparity in what I can do and the care I have and what the specialists at the clinic have had people achieve.

“There is a such a huge difference in my life now. I was enthusiastic, quite active. I had a PHD position at Manchester Uni that I had been interviewed for and got the place if I had been able to finish my degree. I have had to turn that down now, it is heartbreaking.”

Funding for the clinic is dependent on medical criteria  that would show Conor would benefit more than someone else in his position. The CCG decided this was not proven despite Conor’s doctor saying he was one of the most severe cases the GP had dealt with.

During his attempts to receive the specialist help Conor has also had to battle to receive Persnal Independence Payments, involving a 14 month fight that was only eventually won at tribunal.

Claudette says the back payment could have been used to fund a place at the clinic but self-funding is not accepted.

Conor said: “I just don’t understand it. I’m not sure what else I can do or say. I can’t read or write much, watch TV or read a book. I have just my own thoughts and my pain.”

South Thanet MP Craig Mackinlay has intervened to try and push Conor’s case and says he is ‘disappointed’ by the decision not to fund a place at the Leeds clinic.

He said: ““I have been assisting Conor and his loved ones in pursing his wish to be treated for his Chronic Fatigue Syndrome (CFS) at the National Inpatient Centre for Psychological Medicine in Leeds.

“Like Conor, I was disappointed by the Neuropsychiatry Service’s decision that this treatment was not the most appropriate care pathway for him. The team advised me that they will only reconsider Conor’s case if further clinical information is submitted by either his GP, or, preferably, a consultant.

“I have asked Conor’s local GP Practice to ensure that any further clinical evidence, if it can be obtained, is promptly submitted. My understanding is that Conor’s doctors and clinicians have, hitherto, been unable to provide additional evidence for a reconsideration, although he has been referred to the psychology medical team and has been offered support from the Chronic Fatigue Service to help in the management of his condition.”

Conor says if he, and others like him, cannot benefit from treatment at clinics like the one in Leeds then the information and skills used should be shared more widely. 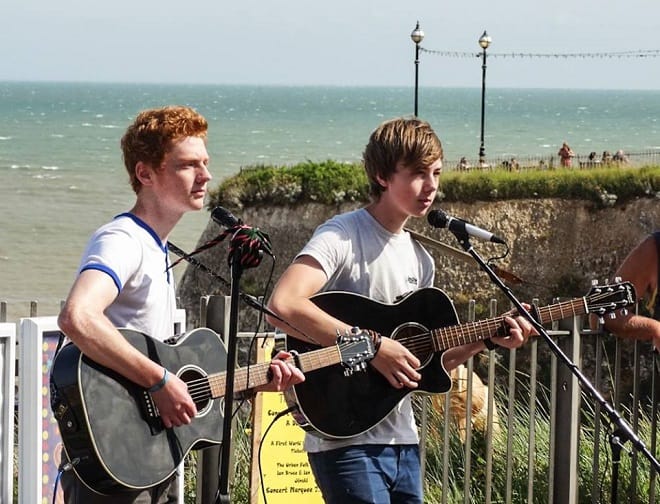 Conor, who was also a talented musician/singer, says he now hopes he can raise awareness of ME/CFS and, in the long term, hopes to establish an inpatient centre in Kent.

A Thanet CCG spokesman said: “Thanet Clinical Commissioning Group (CCG) receives money from the Government to pay for healthcare for everyone registered with a GP in our area. The CCG’s job is to get best value for this money by spending it wisely on everybody’s behalf. The priority is paying for those medicines and treatments that are proven to work well, can demonstrate they improve people’s health and offer good value for money. As a result there are some treatments we do not normally pay for.

“Sometimes a doctor may ask for the CCG to fund treatment because they wish to argue that one of their patient’s clinical situation is so different to other patients with the same condition that they should have their treatment paid for when other NHS patients would not.

“ To make sure that the process is fair, applications for these Individual Funding Requests are all considered in exactly the same way. If the patient is unhappy with any decision they should discuss it with their doctor and they can also make a complaint to NELCSU.secomplaints@nhs.net.  They will get support and advice in these processes. Due to the requirement to maintain patient confidentiality it is not possible for the CCG to comment on individual cases.”

Find out more about the condition on the ME Association website