The third annual showcase, on Sunday, January 19  is a celebration of guitarist and Rock the Pav co-founder Phil Hunt from Broadstairs (pictured below) who lost a battle with the illness last summer. 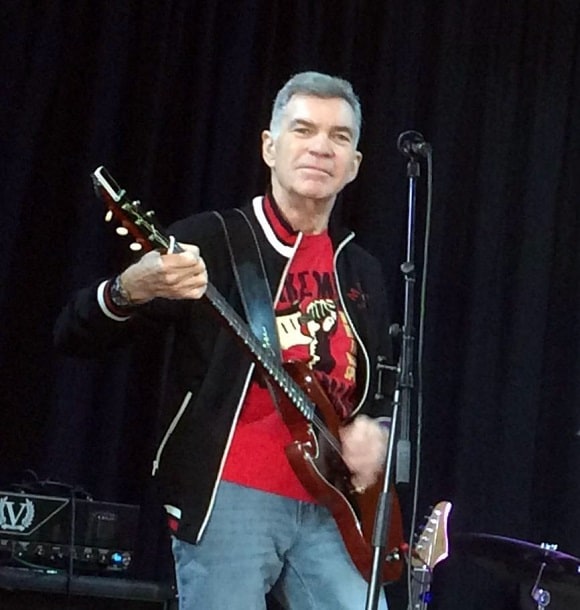 Admission is free to the mini festival that starts at 1pm sharp and runs until 5pm, featuring four top bands performing the best in blues, rock, country rock and a variety of other genres into the mix.

They are Free Lunch, recently-formed Rhythm Shack, The Travelling Philberries and Mothers Ruin. Although he featured in numerous bands in and around Thanet, Mothers Ruin is the band that Phil rocked around the UK and Europe with in the late 1970s and early 1980s.

They have supported the likes of Dire Straits and Motorhead, and played a range of venues including London’s iconic Marquee. The melodic rockers are travelling to Broadstairs specially to take part in the celebration and will be performing live for the first time since 2016.

The two previous RockthePav shows, plus funds from other gigs by bands involved, has raised around £6000 for charity and organisers are again hoping to make a generous donation at the end of the event.

A spokesman for RockthePav3 said: “Helping charity and also supporting his community was very close to Phil’s heart. He, his family, his fellow musicians and friends all played a major part in creating some of the best live music shows with the previous RockthePav events.

“This year we will be remembering our dear friend who was a terrific musician and whose determination remains an inspiration to us all.

“Rock the Pav 3 will be a celebration of Phil the musician and the man.

“The previous shows have been packed out and we received wonderfully generous support from the public, from the Pavilion, and from the bands and the sound crew who all gave their time for free for a worthwhile cause.

“We aim to make RockthePav3 the biggest and best. See you at The Pavilion in Harbour Street, Broadstairs, at 1pm on Sunday, January 19.”