A burglar who stole a car from Margate and then crashed it following a police chase across Canterbury has been jailed for more than one and a half years.

Rio Duncan stole the vehicle during an early morning break-in at the Margate property and crashed it hours later after leading Kent Police officers on a pursuit through the city centre.

The 18-year-old, of Sandyhurst Lane, Ashford, admitted burglary, dangerous driving, aggravated vehicle taking and driving without a licence or insurance. He was sentenced at Canterbury Crown Court to 22 months imprisonment. 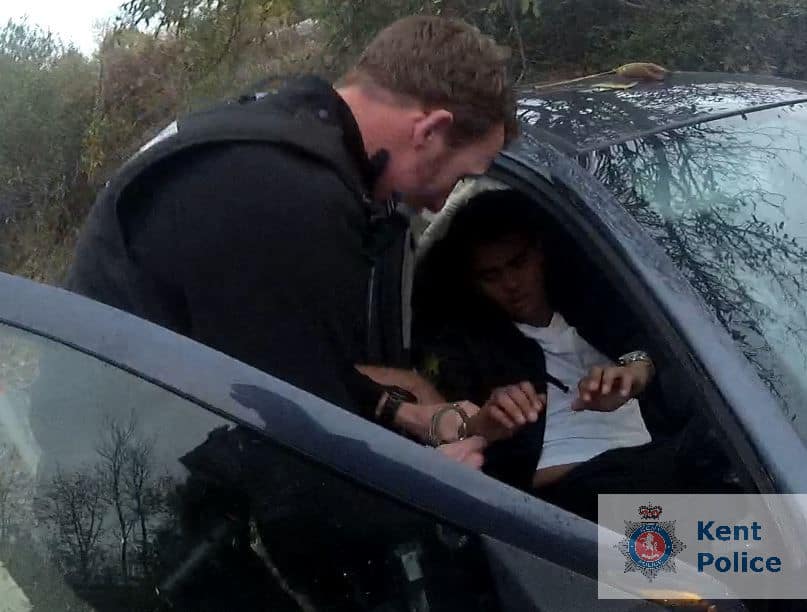 During the early hours of November 3 Duncan burgled a home in Tivoli Gardens and drove away from the scene in the victim’s car.

Officers were able to track the vehicle’s movements and at around 3.45pm on the same day it was found travelling in Sturry.

A patrol requested Duncan to stop but he ignored the request, resulting in a pursuit taking place along the A28 and in the city centre.

Duncan then joined the A2 dual carriageway before he lost control while going over a traffic island having turned off at the Barham slip road. He suffered no serious injuries and was remanded in custody the following day.

Police Constable Sophie West, Kent Police’s investigating officer for the case, said: “Duncan made a conscious decision to needlessly endanger the lives of numerous pedestrians and motorists as he attempted to evade justice for a serious offence.

“I am pleased he has swiftly been held to account for his actions and that an offender who caused a significant amount of distress to his victims has received a strong custodial sentence.”

As part of Kent Police’s seasonal campaign against burglary, officers are reminding residents there are simple steps they can take to keep their homes secure.

Ensure UPVC doors are locked with a key as well as lifting the handle.

Using timer switches on lights and radios to make your home look occupied.

Locking away tools and garden items that could be stolen or used to break into your home.

Security marking items such as bikes, mobiles and laptops.

Installing a safe that is bolted to the ground or a wall.

Keeping receipts and making a note of serial numbers for expensive items.