A landlord says he will sell his Margate flats due to his tenants being cuckooed – where someone takes over another person’s property without their consent – by a ‘Somalian drugs gang.’

Stuart Atkinson, who runs antiques business Fontaine with partner Kiel Shaw, says there have been four stabbings in less than a month and a ‘constant queue’ of drug customers at the Addington Street property owned by the pair.

Stuart, who traded in Thanet but has since relocated to Herefordshire, said: “I feel helpless, it seems like the drug dealers have taken over the area and no one cares. The residents are terrified to go out of their doors.

“There have been, we think, four stabbing in three weeks. One was a police officer, although that might not be related, but it was taken seriously. The police are aware that a drugs gang have cuckooed my flats and a tenant is now a hopeless junkie.

“Sometimes there is a queue for their drugs when they know there will be a delivery. The residents have had enough and the police won’t issue a section 8 anti-social behaviour eviction as the law says it has to be the person on the tenancy agreement. The police have lost control, residents are living in terror and it is not fair.”

Stuart has already been through a lengthy court process to evict one tenant due to their flat being used as a drugs den and says now another girl has been targeted.

He added: “There is a Somalian drugs gang operating out of the block, there are queues outside as people wait for their coke. A neighbour was stabbed in the street and two people were stabbed in the hallway. I have sympathy that police lack resources but they were there very quickly when one of their officers was attacked just up the road.”

Closure orders on the isle

Last year Thanet District Council and Kent Police obtained a Premises Closure Order on a separate property in Addington Street, which prevented anyone, including the tenant, from entering it. The property was physically secured by changing and replacing door and window locks. The move followed months of anti-social behaviour and drug dealing complaints relating to another ‘cuckooing’ incident and resulted in five arrests.

Kent Police urges residents to report all incidents to help build up the evidence needed to introduce preventative measures, such as eviction orders and community protection notices.

Inspector Jason Brown from Thanet Community Safety Unit said: “Kent Police does not tolerate drug dealing and the associated violent crime which comes with it, and we want to remind residents to report any suspicions they may have about drug dealing in Thanet either via our website or by calling 101 (or 999 if a crime is in progress).

‘Their information is crucial not only in identifying trouble spots but also builds up the evidence needed to introduce preventative measures, such as eviction orders and community protection notices.

‘When officers become aware of potential cuckooed addresses, visits to the property will be made to speak to the residents to ensure they are safe and well.

‘As well as carrying out enforcement work against offences reported at the property, officers will work with partner agencies to safeguard and educate cuckooed victims and signpost them to organisations who can assist them with aspects such as health and housing.’

Stuart says he has now had enough and is selling up. He said: “We haven’t got millions of (rental) properties, just that one. We thought we were doing the right thing by charging low rents because it is hard for people to find accommodation at a fair price.

“It’s backfired and we didn’t stand a chance.”

Stuart has served two section 21 eviction notices and says those tenants have to be out by the end of this month (December). He will then sell up.

Getting help for the victims 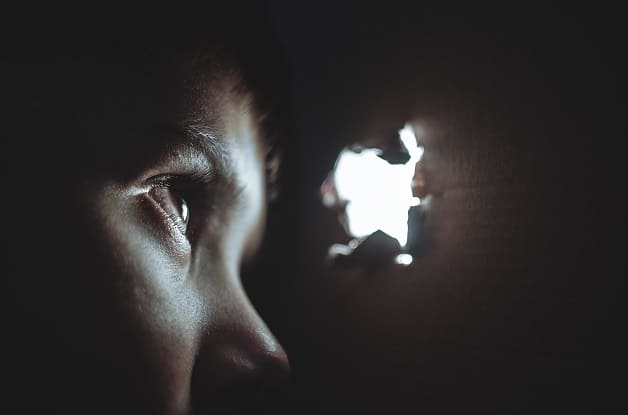 A resident in the Addington Street area says drug dealers have taken over more than one property and she fears for the lives of those who have had their homes ‘cuckooed.’

The woman , who asked not to be named for fear of reprisals, said  one major concern was how to get help for the victims of these gangs.

She said: “It would be good to know what resources or help there is to get these people out of this situation.

“It’s pretty awful, a neighbour suffered a knife wound just because they were in the wrong place at the wrong time. It is scary and you do not want to go out. You don’t know what to do about it or who to call to help those people who are victims even though their lives might be at risk.”

Victims of ‘cuckooing’ are often drug users but can include older people, those suffering from mental or physical health problems, female sex workers, single mums and those living in poverty. Victims may suffer from other forms of addiction, such as alcoholism.

Once they gain control, gangs move in with the risk of domestic abuse, sexual exploitation and violence. Children as well as adults are used as drug runners.

Addresses in Margate, Ramsgate and Broadstairs have previously been shut down by the authorities due to crimes associated with cuckooing.

Thanet Community Safety Partnership (TCSP) targets addresses that are involved in criminality, drug supply and where the property has been “cuckooed”.

The partnership will work with police and housing associations to gather evidence and bring property closure cases to court.

Members of the public are asked to look out for signs of  cuckooed property near to where they live – this could be an increase in anti-social behaviour or visitors at unusual times of the day. Anything suspicious should be reported to the police on 101 or 999 if a crime is taking place.

It can also be reported to Crimestoppers by calling  0800 555 111 or going to crimestoppers-uk.org

Ward councillor Rob Yates has also been involved with the issue. He can be contacted on cllr-rob.yates@thanet.gov.uk