Led by retiring Rear Commodore, Dave Bull, the evening was a fun mix of awards and members presentations. Tales of adventure were recalled from Ramsgate Week where the club was represented by two Class 7 yachts under the helms of Commodore Sue Anderson and Training Principal Peter Shawyer to Kent Schools Sailing Association where several Cadet members including Prize Winners Jacob Websdale (11) and Winter Ilhan (8) represented the club and their schools on several occasions.

Jacob who attends Chatham and Clarendon Grammar and teammate Winter, a pupil at Cliftonville Primary, were recognised for their skills, spirit and determination. 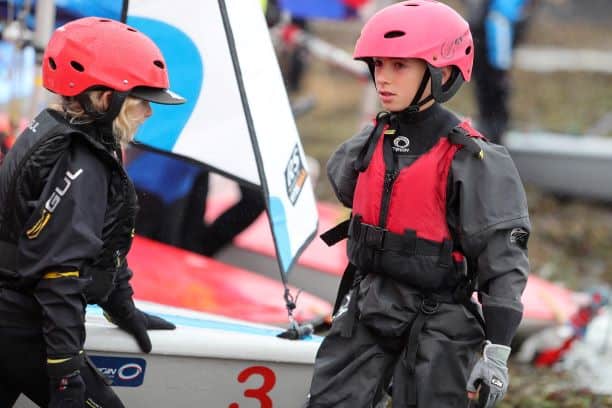 The club was proud to celebrate the achievements of skilled sailors Chris Neild in his Laser 3000 who took victory in several series, Club Champion Don Gray in his RS Vareo and Rob Powell sailing a Laser. Dave Bull invited his successor Emma MacFarlane to award the trophies with him, including the Halfmoon series where he saw victory. Equally, the novice and intermediate sailors saw success with Steve and Linda Town awarded the Senior Achievement award for their double handed adventurers in their Wayfarer and Heather Smith was crowned with the New Member award for her involvement in the club community and progress in sailing.

Club members were regaled with tales of cruising adventure from several members, with veteran member John Shears receiving the Hugh Bennett Cruising Trophies for his travels as a flotilla helm in Croatia. Commodore, Sue Anderson, offered her congratulations to all the club’s sailors for a fabulous year on the water and supporting sailing.

Margate Yacht Club are a community -focused sailing club and RYA training centre, offering opportunities for novice and experienced sailors to try the sport, offering the use of club boats and kit to members. There are also lots of opportunities for people who want to join the club and enjoy the water from afar in non-sailing roles such as race officer. April to October, you can find the club sailing every Sunday morning at their Margate Harbour base. For more information visit www.margateyachtclub.org or find them on Facebook.