When volunteer Clare Warne travelled to Coventry for a cookery course she didn’t want the trip to end – it was the first time she had been away and every moment felt special.

The 41-year-old is a volunteer at The Gap Project in Broadstairs  – a church-based community centre which offers services which includes a drop-in for the homeless and lunch clubs for the elderly.

Alongside the Gap’s kitchen manager, the mum-of-five was chosen to attend a Jamie Oliver cookery workshop in Coventry where they learned how to make healthy food such as pasta sauces.

She said: “It was amazing. I’d stayed awake for an hour and a half before bed as I didn’t want to go to sleep. I have never been in a hotel or been away before. I learned so much about food waste and making good meals on a budget. I’ve changed the way I look at food.” 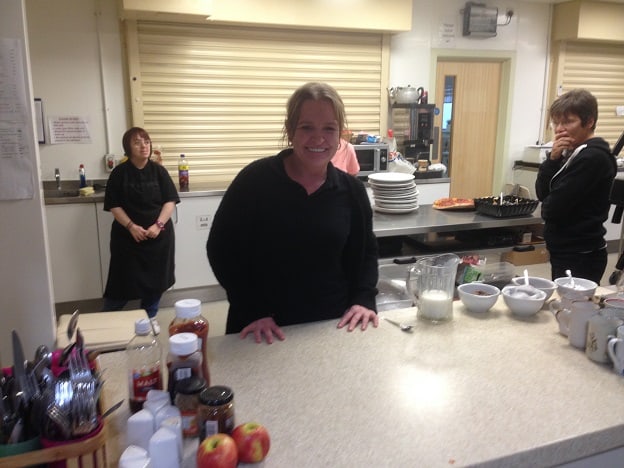 Run by Jill Corker for the past 20 years, together with operations manager Kate Grant and key workers,  the community hub has grown from strength to strength. Clare said: “The support I have received from Jill and Kate has been a massive thing – they have always believed in me.”

Clare’s family are incredibly proud of her work and now her one-year-old grandson and 23-year-old daughter have moved to Thanet to be closer to her.

In the same week as attending the cookery course the team were also thrilled to win an award from Kent charity the Colyer Fergusson Trust with part of the application detailing Clare’s successes as a case study.

Gill said they attended the award ceremony at the Globe Theatre in London last month and won the Church and Charity in Partnership category.

Gill said: “It was a surprise to be honest even though I was hopeful. We put our heart and soul into the application and especially wrote about how funding received more than a decade ago had impacted us. We now have 1,000 people through the doors each week and 124 volunteers.”

Kate says there has been an increase in homeless people through the doors. “When I started in 2013 we had around 10 to 15 people and now it’s more like 25 to 30, which is a big increase.

Winning the award and £20,000 means The Gap can continue the huge amount of work undertaken to improve services and sustainability. The cafe and a charity shop in Broadstairs High Street have already helped to improve finances.

The Colyer Fergusson Trust judges said they had created a huge impact in a place of deprivation. They said: “GAP have been central to the opening of the Thanet Winter Shelter and have also started a new volunteering project for those in the local community and their impact is immeasurable.” 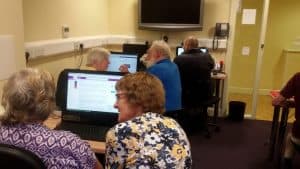 Gill added: “The building has also undergone renovations so that disabled people can access it easily. It’s warm and comfortable. We offer quality food – it’s a real safe haven. We have also really made good and established relationships with Thanet council, RISE and Porchlight which works very well. We also sit on the board of the Thanet Winter Shelter and offer adult literacy classes, youth clubs and course.”

The project’s plan now is to grow its social enterprise and sustainability, allowing it to be less reliant on grant funding. The café is now open six days a week and the charity shop ‘Gap in the Market’ is starting turn a profit.

GAP also plans to develop programmes in four areas: provision for the elderly, work with the under fives and families, work with young people and also those with mental health issues.

The Gap Project offers Christmas lunch with all the trimmings on December 20 for those who are homeless. Donations of sweets and warm clothing are being accepted as part of a gift bag they each receive on the day.