Pub-goers in Ramsgate and Margate have been urged to look after their friends during nights out in this year’s Don’t Drink and Drown campaign.

The RNLI Thanet Community Safety Team joined representatives from Ramsgate crews for Kent Fire and Rescue Service, Thanet Lifeguard Club, RLSS, HM Coastguard Margate and the Thanet Street Pastor team in action to tackle drink and drug related drownings by talking to pub customers, staff, taxi drivers and more about water safety, especially for those who have been drinking.

They also handed out florescent wristbands, beer mats and bar runners all carrying the #DontDrinkAndDrown message. 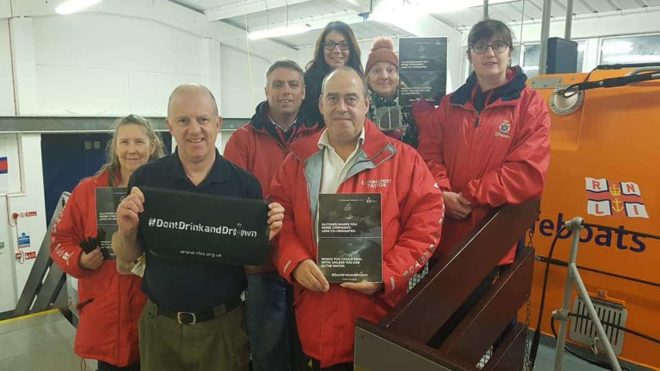 Kent is ranked in the top three counties for drink and drug related drownings. Latest statistics revealed 53 people have accidentally drowned in Kent over the last five years and 32% of these (17) were found to have had alcohol and/or drugs in their system, making it the second highest county for drownings linked to intoxication.

Nationally there were 1,4581 accidental drowning deaths in the UK between 2014-2018 and more than 30% of the victims had alcohol and/or drugs in their bloodstream. Many of them drowned because they walked home alone and fell in the water.

The organisations have also been sharing the RLSS UK’s new film which shows how easily a fun night out can turn into tragedy, and how staying with your friends can make all the difference.

Hannah Wiggins-Bettles, RLSS UK Community Drowning Prevention Coordinator for the Kent area, said: “It’s a sad truth that the number of drownings increase in the winter period, more often than not because of intoxication.

“Families, friends and whole communities are left devastated every year because someone walks home alone whilst under the influence and falls into the water.

“We’re urging people to stay together on a night out. Make sure their friends get home safe and don’t let them walk anywhere, especially near water, alone.” 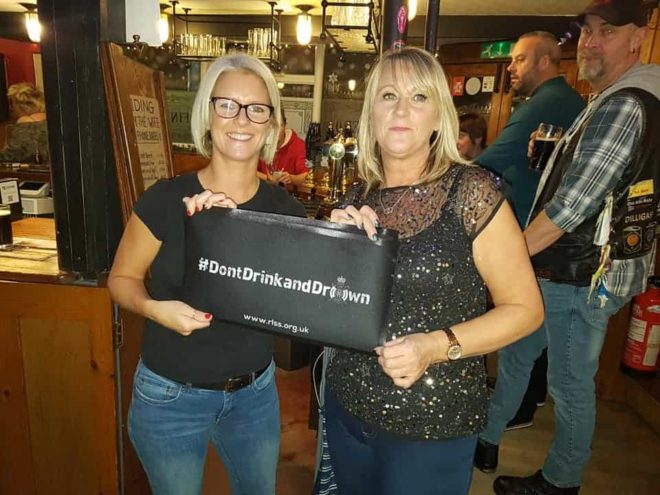 Kent Fire and Rescue Service Area Manager for Customer Safety, Colin King, said: “It only takes a small amount of alcohol to impact your ability to save yourself in water. Even strong swimmers with no alcohol in their system could struggle if they fell into a river, due to underwater currents and the effects of cold water shock, which includes involuntary inhalation and can result in drowning. So if you fall in after just a drink or two, you’re likely to drown because your reaction times are reduced, instincts are skewed and coordination is impacted. Have fun this Christmas, but please take care and think before you drink near water.” 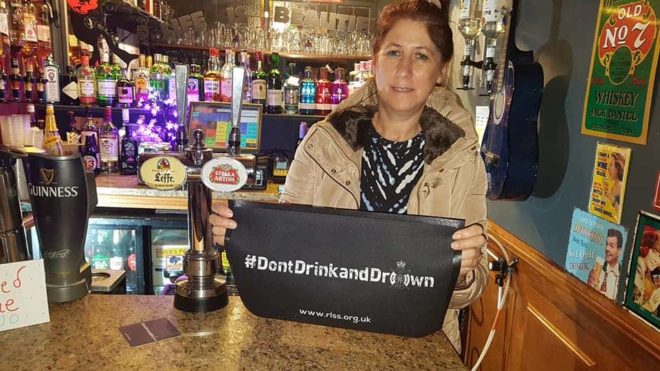 Thanet RNLI Community Safety Officer Andy Mills said: “We are happy to support this critically important campaign and hope that everyone stays safe.”

The Don’t Drink and Drown campaign was launched in 2014 following a string of tragic drownings of young people. It launched in Thanet last year.RLSS UK was keen to prevent more tragedies, by targeting at risk groups in hot spot areas, at particular points in the year where alcohol related drowning incidences increase – September (at the start of the new university term) and December (during the festive period). 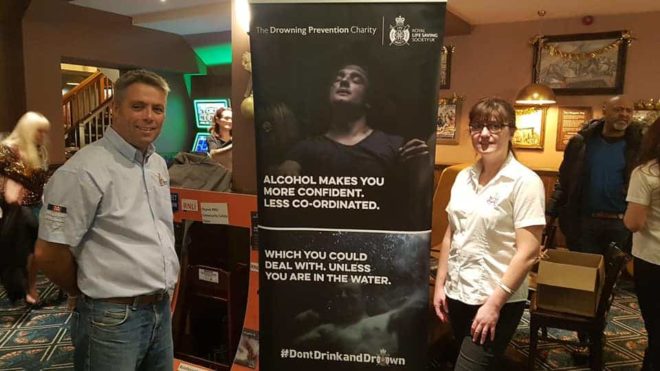 As part of the campaign, organisations up and down the country promote water safety messaging and run awareness activities urging revellers to take care near water whilst under the influence of alcohol and/or.

Don’t walk home near water, you might fall in

Look out for your friends, make sure they get home safely

Don’t enter the water if you have been drinking

Alcohol seriously affects your ability to get yourself out of trouble

For more information on RLSS UK’s Don’t Drink and Drown campaign visit www.rlss.org.uk, follow the campaign on #DontDrinkandDrown, or call 0300 3230 096.